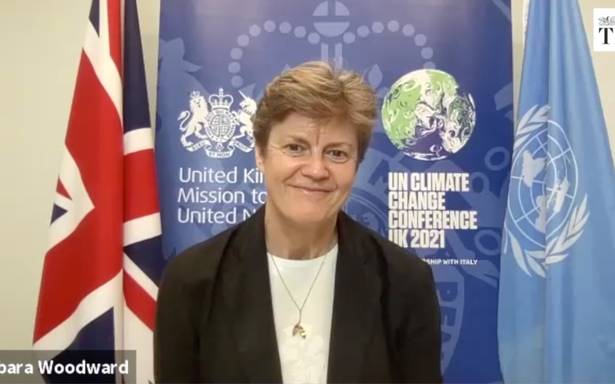 In conversation with Barbara Woodward, the UK’s Permanent Representative to UN

In an interview with The Hindu, Barbara Woodward, the UK’s Permanent Representative to the UN says Britain is not prepared to recognize a Taliban government that takes power in Afghanistan by force. Ms Woodward  spoke on a range of issues including  maritime security, China, the Quad and India’s current ties with the United Kingdom.

She reiterated Britain’s support for India’s permanent membership to the UN Security Council. In the UK-US context, she said it was important to " seize the momentum of America’s re-engagement in multilateralism."

Speaking on the upcoming COP26 climate change conference to be held in Glasgow, Ms. Woodward said Prime Minister Modi and Prime Minister Johnson have raised the level of ambition on climate change, and that the UK is "very excited by the potential that India has shown in leading on solar capacity."