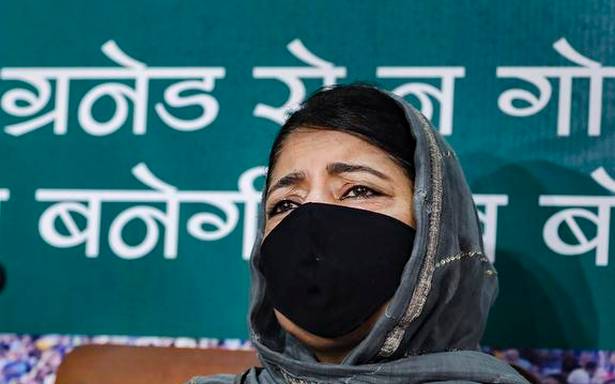 The Centre on August 5, 2019 revoked the special status of Jammu and Kashmir and bifurcated the erstwhile State into two Union Territories

On the second anniversary of the revocation of Jammu and Kashmir’s special status, People’s Democratic Party (PDP) president Mehbooba Mufti on August 5 said people had no choice but to "resist to exist" when "gross injustice" is heaped on them.

"No words or pictures are enough to depict the pain, torment & upheaval inflicted upon J&K on this black day two years ago. When unbridled oppression is unleashed & gross injustice heaped there is no other choice but to resist to exist," the former Jammu and Kashmir Chief Minister said in a tweet. The Centre on August 5, 2019 revoked the special status of Jammu and Kashmir and bifurcated the erstwhile State into two Union Territories.

Ms. Mufti and her PDP have been very vocal in their opposition to the Centre’s move two years ago.

Other mainstream political parties also have taken a public stand against the revocation of the special status but have given more importance to restoration of Statehood.

"August 5 will always be a negative milestone in the history of J&K. It was a political and psychological setback for the people of J&K," Khursheed Alam of the Jammu and Kashmir People’s Conference said.