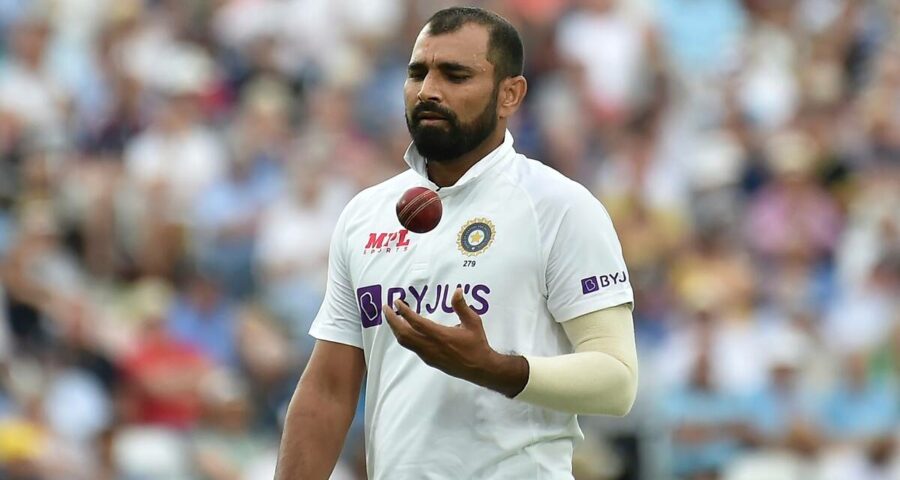 Mohammed Shami, who helped India dismiss England for 183 on the first day of the first Test with figures of 3/28, feels Test cricket is all about patience and doing the basics right.

India pacer Mohammed Shami, who wreaked havoc with his fiery spell on day one of the first Test against England here, said it doesn’t matter to him where he is playing as he backs his skills irrespective of the conditions.

India dismissed England for 183 on day one of the match with Jasprit Bumrah claiming four, and Shami scalping three wickets.

“I don’t know why I wasn’t getting (wickets) in England (laughs). But it doesn’t matter if it’s England, Australia or wherever, I believe in my skill and back myself,” Shami said at the end of the day’s play.

“Even when I’m bowling in the nets, I try to assess the conditions and make plans accordingly and try to execute them while playing the match,” he added.

According to Shami, Test cricket is all about patience and doing the basics right.

“Test matches are all about patience. Forget what has happened in the past, we have to think about the present situation, we don’t have to think much.

“In my opinion, Test matches are very simple – the more you focus on the basics, the more you’ll have the chances to succeed. If you overthink, you will tend to leak runs and it’s an unnecessary add-on (of pressure),” said Shami.

“I think you should focus on the basics and play according to the situation. We work without thinking too much and that’s what makes us more successful,” he added.