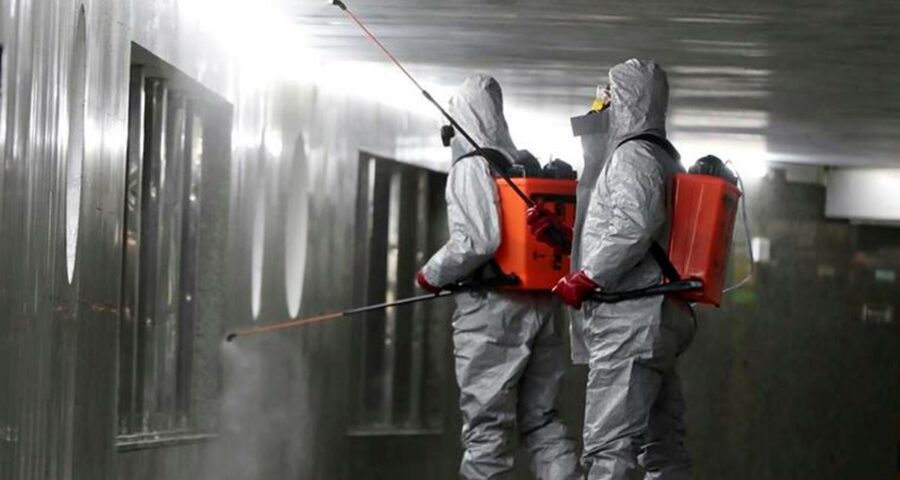 Wariness of coronavirus vaccines runs deep in Poland, particularly among younger people, with a survey by the University of Warsaw indicating that around 40% of the population is averse to getting inoculated. 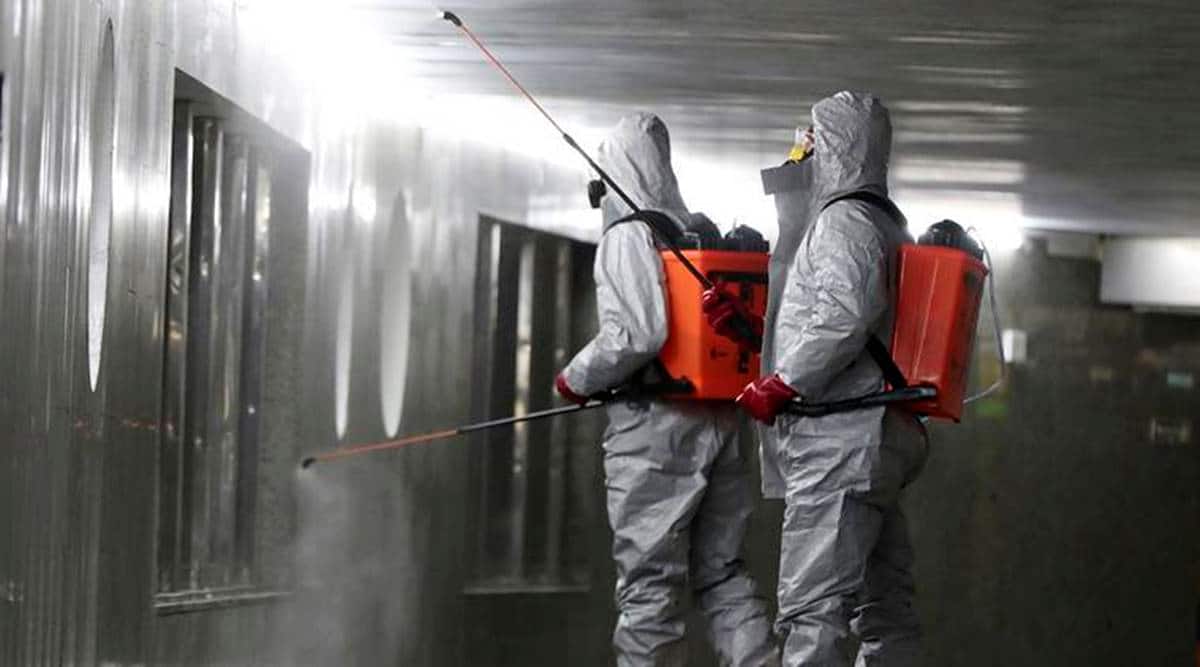 The mayor, a heart surgeon, had just finished overnight hospital duty when he received alarming news: A mob of protesters, some dressed in military camouflage, had gathered outside his home, screaming abuse through bullhorns and waving banners comparing him to Josef Mengele, the Nazi death camp physician.

The small but menacing rally this month followed a decision a few days earlier by the elected council in Walbrzych, a former mining town in southwestern Poland, to declare that vaccination against the coronavirus was mandatory for all adult residents.

That decision, the mayor, Dr. Roman Szelemej, said in an interview, reflected “the simple medical fact that vaccination is the only thing that can prevent this disease.” But instead of calming nerves, he lamented, “it made this small point on the map of Poland a place for all the skeptics of science and reality to focus on.”

Wariness of coronavirus vaccines runs deep in Poland, particularly among younger people, with a survey by the University of Warsaw indicating that around 40% of the population is averse to getting inoculated. This is a lower level of skepticism than in France but still enough to make vaccines a rallying cause for a diverse and, Szelemej fears, growing minority who “live in a different reality” based on distrust of all scientific, moral and political authority.

“There are no rules, no laws, no facts, no scientific achievements, no proven data. Everything is questioned, everything is fragile,” he said. “This is dangerous, very dangerous.”

The mandatory vaccine order, endorsed by 20 out of 25 town councilors, carried no real legal force. And it was declared invalid last week by the regional government, which is controlled by members of Poland’s deeply conservative governing party, Law and Justice, the political foes of Szelemej, who is a centrist liberal.

But the effort unleashed such a wave of hate that the Walbrzych police, alarmed by death threats against Szelemej, offered him round-the-clock protection.

The mayor declined the offer but agreed to carry a small electronic panic button so he could summon officers quickly in an emergency. The police department installed surveillance cameras at his house.

Even the mayor’s conservative political enemies in Walbrzych (pronounced vow-bzhih) have voiced alarm that his push to get people vaccinated has stirred so much rage.

Grzegorz Macko, a Walbrzych native and rising local star in Law and Justice, described the protest outside the mayor’s home as something that should “never happen in a civilized society.” But he blamed liberals for setting a precedent by marching on the Warsaw home of the Law and Justice leader, Jaroslaw Kaczynski, during abortion rights protests late last year.

“The whole political class has been using exaggerated words full of emotion. They should look at themselves and calm down,” Macko said.

Law and Justice, in power since 2015, has veered in the past into vaccine skepticism but has pushed in recent months for nationwide inoculation against the coronavirus.

The Roman Catholic Church, a powerful political and moral force in Poland that is closely aligned with Law and Justice, eventually urged the faithful to get inoculated after having initially expressed reservations about how some vaccines were developed using material derived from aborted fetuses.

At the main vaccination center in Walbrzych, in the restored premises of a defunct coal mine, a few people said that they were only getting vaccinated to travel.

But most welcomed the chance to get an inoculation. Almost half the town’s 110,000 residents have had at least one shot, well above the national rate of about 33%.

Wlodzimierz Lipa, a 71-year-old pensioner who got his second Pfizer shot last week in Walbrzych, said that people attacking the mayor as a Nazi “have a screw loose.” He added that, as a former patient in the local hospital’s cardiac ward, he trusts Szelemej on health matters far more than he does the doctor’s critics.

Still, the anti-vaccination cause in Walbrzych and elsewhere, galvanized by false information and conspiracy theories on the internet, has found wide traction.

This is due in part to groups like STOP NOP — National Association for Vaccination Knowledge, and Konfederacja, a far-right political party with a small but noisy group of elected legislators in the national Parliament. Celebrities and even government officials have added to the unease, with a deputy minister saying he would not get vaccinated as a matter of “liberty and personal choice.”

“These are dark times,” said Szelemej, recalling how his 14-year-old daughter was alone at his family’s home when protesters converged on the property in early May.

The demonstrators, a ragtag band of ersatz soldiers in military garb, radical libertarians and anti-establishment gadflies, about 200 people in total, chanted threats but eventually dispersed without violence. The rally was streamed live and videos recorded the protest.

“You are opening the gates to hell,” shouted one group at the mayor’s home on a leafy, dead-end street. “Death to enemies of the fatherland,” screamed another. All denounced the mayor as Mengele, the notorious “Angel of Death” from Auschwitz, before switching to claims that the churchgoing heart doctor is in reality a Jew, reflecting the anti-Semitism that is endemic on Poland’s political fringes.

“They saw no problem in saying that I am both a Nazi and a Jew,” the mayor said.

In the days that followed, the doctor and his City Hall staff received a flood of abusive email messages and even death threats.

The idea that Szelemej, 61, who has spent more than three decades treating heart disease and other illnesses at the Walbrzych hospital, is the Polish reincarnation of Mengele began on the Facebook page of Malgorzata Smietana, a local elementary school teacher.

She posted an altered picture of the mayor dressed in a Nazi uniform under the words: “Walbrzych’s own Dr. Mengele?” An accompanying message denounced the mandatory vaccine decision as “following in the footsteps of German death camps.”

Smietana, in an interview, said that she had not intended to stir up hatred and had deleted the fake picture after it spread like wildfire on the internet.

“Of course it is a very strong comparison, but it got people thinking,” she said.

Smietana, who took part in the protest outside the mayor’s house, said that she was not against all vaccinations, just the coronavirus ones, which she said had not been properly tested.

“We are presented as crazies who think the world is flat. I am not crazy. I just started reading a lot,” she said. “I spend a lot of time reading on the internet. The more I read, the more scared I get.”

And that, said Piotr Sasinski, a Law and Justice member and former vice mayor of Walbrzych, helps explain why vaccines have become such a dangerous flash point. The internet, he said, has turbocharged resistance driven by paranoia, turning a “tiny group of perhaps 1% or 2%” of the population into a noisy, passionate force.

He said that he shared the mayor’s desire to get people vaccinated but that he thinks Szelemej miscalculated by trying to make it compulsory. This only “excited anti-vaxxer circles” and ignored the fact that “it is part of our national heritage to oppose anything that is imposed on us.”

Aware that his compulsory vaccine program might get derailed, the mayor last week shifted from coercion to persuasion, announcing that anyone who gets inoculated will be entitled to incentives like half-price tickets to the municipal swimming pool and cultural sites.

This did not calm his most determined critics. A day later, a small delegation from a fringe group calling itself the Guardians of Freedom, which doesn’t believe that the pandemic is real, went to City Hall in Walbrzych to deliver a letter demanding that the mayor apologize and cancel the vaccination program.