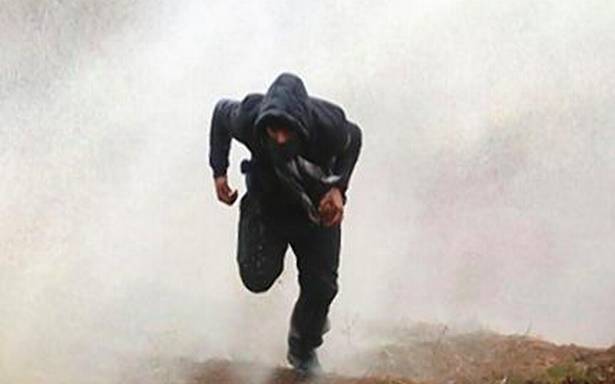 Polish border forces on Tuesday  said they were attacked with stones by migrants at the border with Belarus and responded by using water cannons against them.

The Border Guard agency posted a video on Twitter showing a water cannon being directed across the border at a group of migrants in a makeshift camp.

Polish police said one officer was seriously injured when the migrants threw objects.

He was taken by ambulance to a hospital and it is likely his skull was fractured after being hit by an object.

The situation marks an escalation in a tense migration and political border crisis amongst the European Union countries where the lives of thousands of migrants are at stake.

The border is also part of the European Union’s eastern border, and the EU accuses the authoritarian regime of Belarusian President Alexander Lukashenko of orchestrating a migration crisis at the border to pressure the bloc.

Poland’s Defense Ministry said its soldiers and other border forces were attacked with stones and other objects.

The Ministry also said that Belarusian forces tried to destroy fencing along the countries’ common border, while the Interior Ministry posted a video apparently showing migrants trying to tear down a fence.