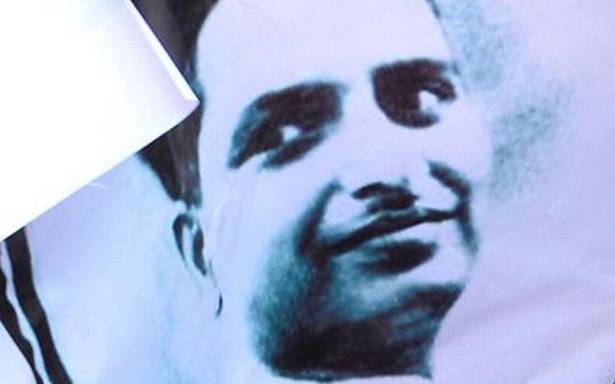 Four years after the authorities in Madhya Pradesh confiscated and removed Nathuram Godse’s bust from Hindu Mahasabha-office-cum-temple in Gwalior, its activists have announced that another bust of Mahatma Gandhi’s killer was being made.

Last week, Mahasabha activists brought the soil from the Ambala jail, where Godse and Narayan Apte were executed, Hindu Mahasabha national vice-president Jaiveer Bharadwaj told reporters. “This soil will be used to make the statues of Godse and Apte and they will be installed at the Mahasabha’s office in Gwalior,” Mr. Bharadwaj said.

The matter came into the public domain on Monday when activists of a right-wing group organised an event to observe Godse’s death anniversary at the Mahasabha’s office. The activists performed some rituals, including worshipping the bust of Godse, and disappeared from the venue with the bust before a police team in plainclothes could reach the office, said a source.

The assassin of Mahatma Gandhi – Godse and Narayan Apte — were hanged to death in Haryana’s Ambala Central Jail in 1949.

Mahasabha activists have installed statues of Godse and Apte at ‘Balidhan Dham’ in Meerut, Uttar Pradesh, Mr. Bharadwaj said, adding the organisation would construct such ‘Balidan Dham’ in every State.

Unconfirmed sources said the busts were made in Gwalior.