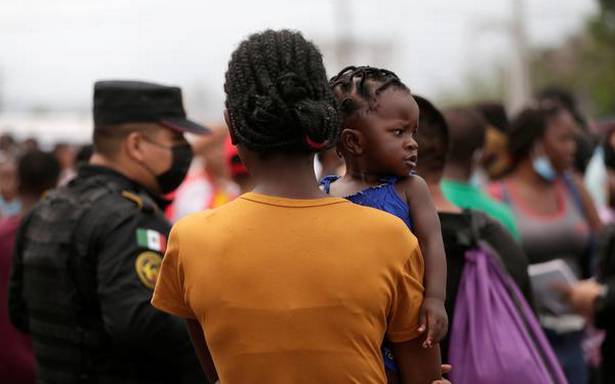 “It is important that you, United States, take effective, efficient actions to drastically reduce the illegal trafficking of weapons”

Mexico’s top diplomat said October 5 he wants to see faster extraditions of suspects from the United States and fewer guns coming across the border.

Mr. Ebrard also called for “quick judicial assistance,” suggesting that while Mexico had extradited suspects quickly to the United States, it wasn’t the same pace the other way around.

“Extraditions should have the same speed from there to here, as from here to there, something that is not the case right now,” Mr. Ebrard said.

Mexican President Andrés Manuel López Obrador has also been near-obsessed with two points: first, that he wants the U.S. government to contribute to expanding the Mexican government’s tree-planting scheme, as a way to pay farmers and prevent them from being recruited by drug gangs. The U.S. has so far apparently been cool to the idea.

Secondly, Mr. López Obrador wants more of the illicit money tracked and seized in the United States from Mexican suspects to be returned to Mexico.

Mr. Ebrard suggested both points would be on the agenda.

“In the case of the flow of money, what has happened regarding the tracing of the money? There have been few results there,” he said.

Mr. Ebrard and Mr. López Obrador have declared an end to the previous U.S.-Mexico cooperation scheme, known as the Merida Initiative. Both have said Mexico doesn’t want handouts of military or police equipment, but rather a more equal relationship.

“It’s about mutual respect. If you don’t respect me, I don’t respect you. If we do not respect each other, it is going to be very difficult to get something done,” Mr. Ebrard said.

While the Merida Initiative did initially focus on giving Mexico aircraft in the early years after it was implemented in 2008, in its later years it was focused more on law enforcement training and professionalization.

U.S. officials, on the other hand, are expected to focus on issues like the increasing trafficking of the synthetic opioid fentanyl, which is largely produced in Mexico from precursor chemicals imported from China. Mexican cartels press the fentanyl into counterfeit pills that contain wildly varying and often lethal doses of the potent opioid.

While the two nations have cooperated on issues like migration, recent cooperation in the fight against drug cartels has been mixed. Mexico has limited the operation of foreign agents and withdrawn their immunity, and Mr. López Obrador has said his administration is no longer looking to detain drug lords.