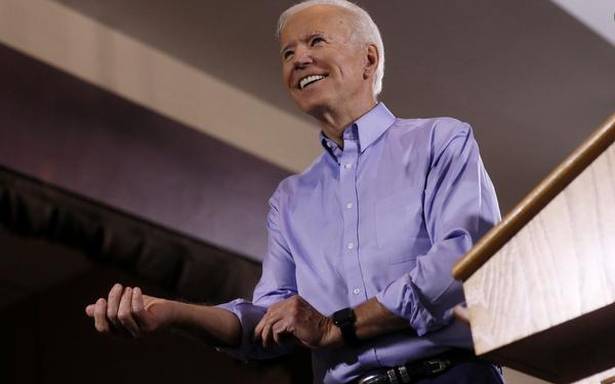 The legislation, called the American Jobs Plan, is being pitched by the White House as America’s response to the climate crisis and “the ambitions of an autocratic China” and is expected to be financed by corporate taxes

U.S. President Joe Biden will visit Pittsburgh on Wednesday afternoon to announce a massive $2 trillion infrastructure plan, which will, over eight years, rebuild much of America’s infrastructure – from roads and bridges to high speed internet infrastructure and water pipes.

The legislation, called the American Jobs Plan, is being pitched by the White House as America’s response to the climate crisis and “the ambitions of an autocratic China” and is expected to be financed by corporate taxes.

The plan will include $621 billion for modernizing roads and bridges, modernizing public transit (buses, rapid bus transport, railway tracks and coaches), passenger and freight rail services and electric vehicles, according to the White House, which unveiled the plan on Wednesday.

It will call for a $111 billion investment in drinking water infrastructure, including replacing all lead pipes. An outlay of $100 billion for clean power and another $100 for broadband infrastructure are also part of the plan. Mr Biden will ask Congress for $180 billion in R&D, and $300 billion in supply chain investment and pandemic preparedness.

The plan also goes into areas that are not normally considered ‘infrastructure’, with Mr Biden asking Congress to fund a $400 billion expansion to home or community-based care for aging relatives and the differently abled.

To fund this, Mr Biden will reverse some of the tax cuts pushed through by the Trump administration in 2017.

“President Biden’s reform will reverse this damage and fundamentally reform the way the tax code treats the largest corporations,” a White House factsheet read. The plan proposes a hike in the corporate tax rate from 21% to 28% and seeks to set a global minimum tax of 21%. Mr Biden will also encourage other countries to apply a “strong minimum tax” on corporations. Foreign tax preferences for fossil fuel companies will also be eliminated.

“It seems like President Biden has an insatiable appetite to spend more money and raise people’s taxes,” GOP Whip in the U.S. House of Representatives, Steve Scalise of Louisiana, said, according to the Associated Press.