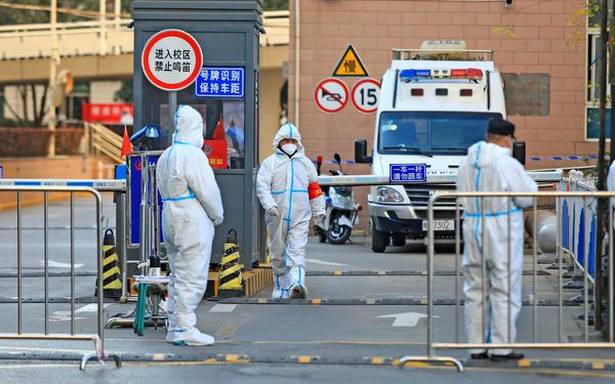 Facing the biggest outbreak of COVID-19 cases in weeks, China’s authorities on Wednesday issued a lockdown order for the 13 million residents of Xian, the provincial capital of northwestern Shaanxi.

Officials said the city had reported more than 140 cases in the last 10 days, which are high numbers for China’s “zero COVID” strategy that calls for lockdowns and mass testing to ensure cases remain zero.

The latest outbreak underlines the difficulties in continuing that strategy with more transmissible variants, coming weeks after an outbreak that spread to more than a dozen provinces brought targeted lockdowns in November.

The latest cluster in Xian was reported to be cases of Delta variant, and as yet there have not been local cases of the Omicron variant reported in China.

Epidemiological investigations suggested the Xian outbreak was linked to a flight from Pakistan and an infection being transmitted to a worker at a hotel where passengers were quarantining, media reports in China said, adding that investigations were ongoing.

Authorities in Xian said the city’s 13 million residents should stay home and asked them to not travel outside the city.

China’s government is particularly concerned ahead of the February Winter Olympic Games in Beijing, which also coincide with the Lunar New Year holiday that usually sees millions of people travel home.

While there is no complete travel ban in Xian, those leaving require COVID-19 tests and clearance from their employers, Reuters quoted authorities as saying, adding that starting December 23, only one person in each home will be allowed to go out to buy essentials once every two days.

Similarly sweeping measures were put in place in several cities in November, with lockdowns of neighbourhoods, mass testing, and tens of thousands of people moved to central quarantine facilities after a wave of cases in 16 provinces across China.

The continuing “Zero COVID” approach has broadly been successful in allowing China, where the COVID-19 pandemic first began, to avoid a major second wave. The measures also include continuing restrictions on international travel, leaving China’s mainland and Hong Kong among the few places yet to open to the rest of the world two years into the pandemic.