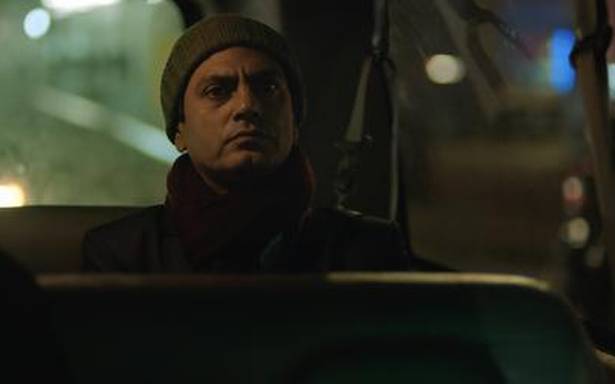 FICA is an important celebration of Asian cinema in Europe, and this year’s winners include the American-Bangladeshi-Indian drama, ‘No Land’s Man’

In post-Omicron 2022, some film festivals are happening again in-person and the annual Festival International des Cinemas d’Asie (FICA) celebrated its 28th anniversary as a physical event. The festival is an important celebration of Asian cinema in Europe, founded in 1995 by the redoubtable couple Martine and Jean-Marc Therouanne. For those unaware, Vesoul is a picturesque town in the east of France, almost at the Switzerland border, where the population of 15,000 used to double annually during the festival in pre-Covid times.

Despite two years of Covid, the festival is still going strong, thanks to the efforts of the Therouannes and their team. I was fortunate enough to visit, to cover the festival for Variety. The festival began with Mohsen Makhmalbaf’s Cannes prize-winner Kandahar (2001) and the Iranian master was kind enough to share his thoughts on independent cinema with me, mainly that streaming platforms are causing their slow death.

I was also lucky to meet the luminous Leila Hatami, Berlin film festival best actress winner for Asghar Farhadi’s Oscar-winning A Separation (2011), who conversed with me on current Iranian cinema. She said that the art films made in the country need more international exposure. The festival honoured Japanese filmmaker Koji Fukada by giving him an award and putting on the first complete retrospective of his work. I did meet him, but my Japanese was not as good as his English and it’s quite tiring to speak via a translator.

‘No Land’s Man’ in demand

As always, it was a pleasure to spend time with Bangladeshi auteur Mostofa Sarwar Farooki, who showed his latest film No Land’s Man, starring Nawazuddin Siddiqui, with music by AR Rahman. The festival draws a throng of cineastes from all over France and other parts of Europe and they were very much in evidence at the No Land’s Man screening, with Farooki being asked intelligent questions for nearly an hour. It was no surprise that the film went on to win the Prix du Public award.

This year, Cambodian filmmaker Neang Kavich, director of 2021 Venice winner White Building, is heading the festival’s young directors jury, named for Marc Haaz, the festival’s technical director who tragically passed away at the age of 33. Neang has some exciting projects bubbling away, which is all that can be revealed at this stage.

France is the country that has given maximum asylum to cultural refugees from Taliban-controlled Afghanistan and the festival invited some of them, including Soraya Akhlaqi and Ghassem Hosseini, who both served on juries.

The festival puts a huge amount of effort into securing a fantastic programme, and this year was no different. “A look at the cinemas of the Silk Roads” strand was the standout for me in an already excellent lineup. It had films from the central Asian countries Afghanistan, Iran, Kazakhstan, Kyrgyzstan, Uzbekistan, Tajikistan and Turkmenistan.

As part of this, Vesoul audiences got a rare opportunity to watch four films produced since Kazakhstan became independent: Mongol, by Sergei Bodrov, a veteran of Kazakh cinema, The Student, by the leader of the Kazakh new wave, Darezhan Omirbayev, The Wounded Angel, by Emir Baigazin, and The Horse Thieves, by Yerlan Nurmukhambetov, both emerging young talents.

Though the festival is held in the middle of the winter, the team’s warmth makes it a cosy, intimate experience, with the emphasis being on cinema first. Here’s looking forward to FICA 2023. Vive le Vesoul.

The writer is a journalist and author of Rajinikanth: The Definitive Biography, and tweets @namanrs