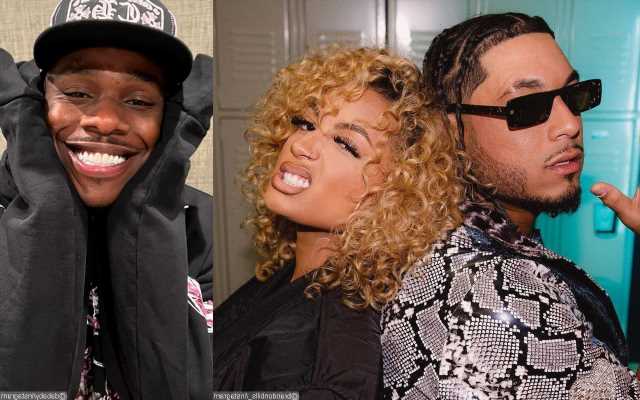 The ‘ROCKSTAR’ rapper and his ex’s brother previously were caught in a brawl during London on da Track’s private event at Corbin Bowl on Ventura Boulevard in Tarzana.

AceShowbiz –DaniLeigh‘s brother has let everyone know how he is looking following a massive brawl with DaBaby. Brandon Bills, who had an altercation with the “ROCKSTAR” hitmaker on Thursday, February 10, took to social media to show off scars on his face.

In a video shared on Instagram Story, the 675340 Records DK artist could be seen having what appeared to be cuts on his forehead and his cheek. There was also a wound underneath his lower lip.

The fight between Brandon and DaBaby took place during London on da Track‘s private event at Corbin Bowl on Ventura Boulevard in Tarzana, CA. LAPD Officer Drake Madison stated that police responded around 1:20 A.M. to a radio call for an AD battery (assault with a deadly weapon).

The “Billion Dollar Baby” artist reportedly left the scene prior to police’s arrival. His ex’s brother, on the other hand, returned to the scene about 3:30 A.M. He allegedly refused medical attention because his injuries were not serious.

Footage from the incident showed that DaBaby was apparently the one who started the fight. He was seen throwing the first punch which caused Brandon to fall onto the slippery lanes. DaBaby’s entourage then jumped him. One man was seen grabbing Brandon by his hair and body slamming him.

Following the altercation, DaBaby’s ex Dani slammed him on Instagram. “Lame as hell!!!!” the singer fumed on her Story. “Running up on my brother on some slippery a** floors with 5/6 of ya boys while he’s by himself and not even touching him!!!”

“… Lame and soooo sad!!!! I pray this stops now !!!” the singer, who shares a baby daughter with the emcee, went on arguing. “Bc this is my family! And I got a daughter to raise. Sad.”

DaBaby, whose real name is Jonathan Lyndale Kirk, reportedly is under investigation. According to TMZ, he’s being investigated for assault with a deadly weapon.