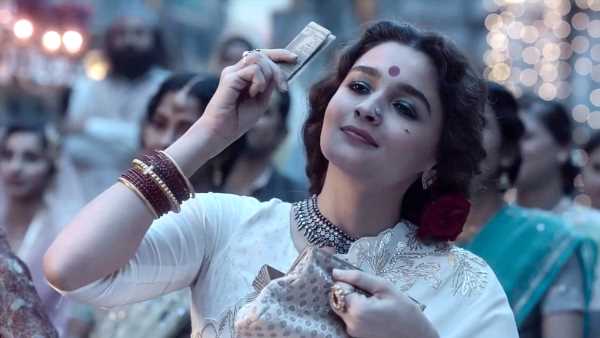 When I look back at 2022 in Hindi films, I see strong women, flawed women, sassy women, broken women, women we can’t help but love as well as women we don’t always have to love to cheer for.

Here, then, are the top female performers of 2022, in no particular order.

Professional success, personal happiness, Alia had it all in 2022.

Her intelligence at grasping a character’s inner conflict, vulnerability and all the little, seen, unseen thoughts that go in forming a full person reflect in her two best performances of the year.

Alia demonstrates the might of body language in two completely unique characters in Gangubai Kathiawadi and Darlings. Where her larger-than-life, sassy sex worker crusading for the inhabitants of Mumbai’s red light district with all of Sanjay Leela Bhansali’s bells and whistles, she stood tall and single-handedly crushed every sceptical viewer’s lack of faith in her ability to pull it off.

Her mesmerising metamorphosis from gullible head to guileful impulses as a victim of domestic violence in Darlings highlights her smooth switching skills. 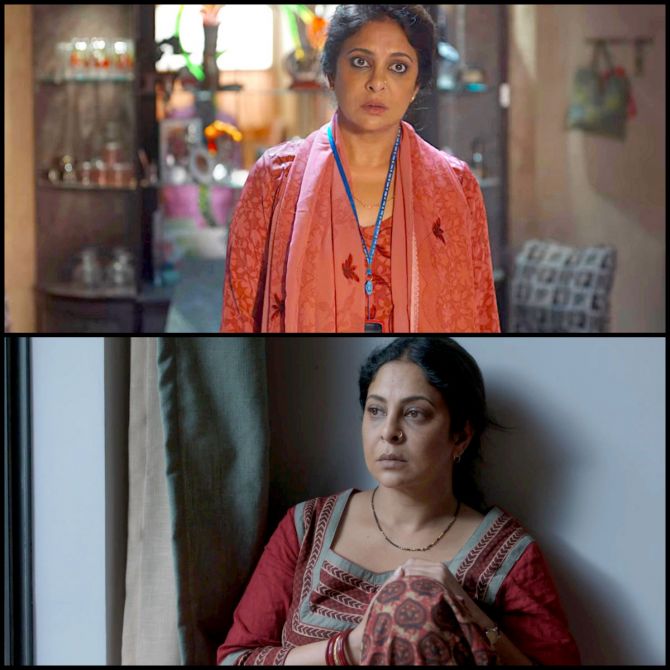 Although in entirely different circumstances, the formidable actress plays a Muslim woman and mother of unfairly treated daughters in both Jalsa and Darlings, fuelled by the idea of retaliation.

But her meticulously thought out, individual approach is discerning enough to tell one mother’s indignation from another. Where the one in Jalsa finds strength and grace in pardon, another’s belief in desperate times call for desperate methods stays put. 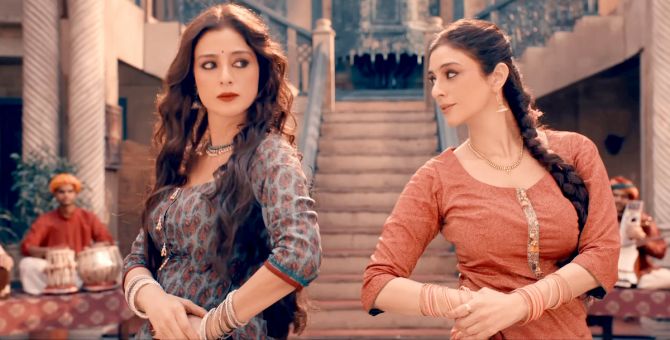 Her twin sisters act in Bhool Bhulaiyaa 2 is a far cry from the class of movies she’s known to associate with and receive accolades for, which makes her work in Anees Bazmee’s horror comedy all the more appreciable.

Juggling between Anjulika and Manjulika, Tabu has the time of her life laying out an all-important lesson for future Tabus.

Emulate not alone her heft but heart too. Even the best of artists cannot blossom when theirs is not in it. 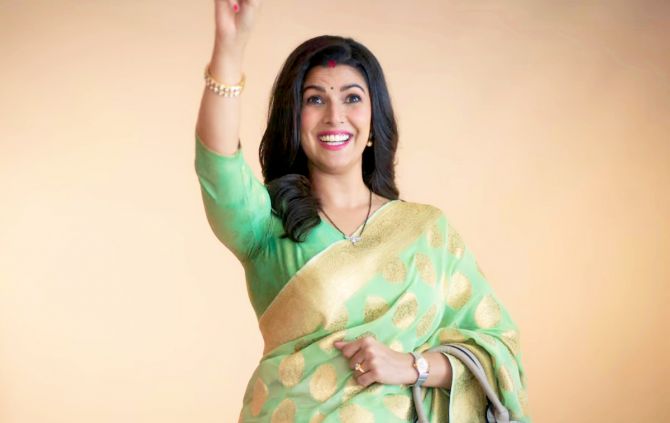 Until Dasvi came out, I thought of Nimrat as a smart, sensitive, actress.

But her hysterical transformation from country housewife milking cows to power-hungry minister wearing a smarmy smile reveals the extent of her talent.

A wicked scene-stealer from first scene to last, Chief Minister Bimmo deserves a spin-off of her own. The film Laal Singh Chaddha may be centred around Aamir Khan’s man child, but it is Kareena’s emotional turmoil that lends the story its lingering poignancy.

Just for that one scene alone where her distraught character is ready to take her life until she, finally, changes her mind, the million-changing expressions of despair on her face until the moment of faint hope — is reason enough for her to be on this list. 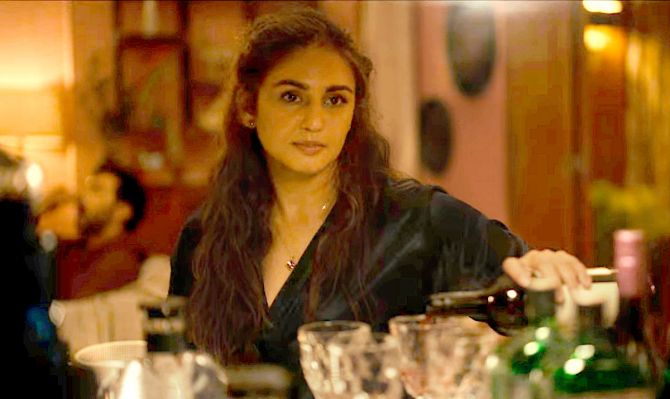 Huma is an incredibly, irresistibly seductive, personality. And Monica Q My Darling takes advantage of it to create a femme fatale we are free to love and hate, but certainly not ignore in Vasan Bala’s crackling neo noir.

She brings an element of power and control in every frame featuring her, but as Monica, Huma succeeds in showing a hint of human while preserving the mystery.

How incredibly seductive is that? As competent Radhika is in all her movies, I haven’t felt any novelty from her side in a while. And so you can only imagine my delight watching her ‘above all’ as ACP Vijayshanti Naidu in Monica O My Darling.

A corrupt Sherlock imprinted in quirks and ticks can go overboard and out of hand, but her enthusiasm knows just when to curb it and portray a stereotypically male characterisation like a never-before-seen woman. 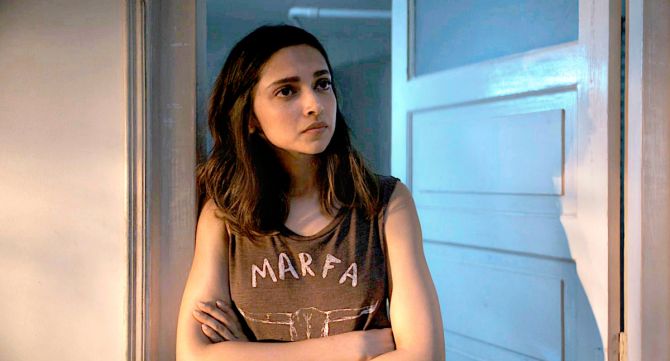 I mentioned it in my review too: Deepika’s Alisha doesn’t feel like a performance in Gehraiyaan.

She’s flesh and blood, warts and all, prone to react impulsively.

To become someone who doesn’t feel written but alive and breathing shows how far DP has come and how confidently so. Sheeba has a knack for finding something more than what’s on paper. All her characters inherit her mind’s lived-in quality.

In Badhaai Do, she plays someone who has the goodness of heart to stand by her gay son’s predicament even if she’s not fully equipped to understand it.

If that’s exemplary so is her single mother seeking companionship and offering the sympathy she was denied to all those in its need, a lesson her son belatedly learns in Doctor G.

Though it’s a bit role, Sheeba is a complete hoot as the mok (moksh)-craving Chikni Chudail in Phone Bhoot. 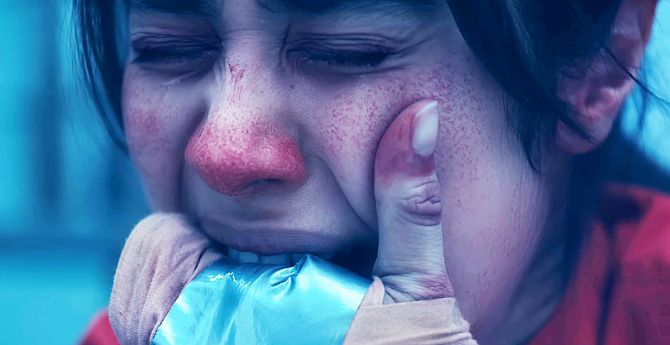 Janhvi holds our attention and the movie for its entire duration while trying to survive a sub-zero space in and as Mili.

To endear yourself to the audience, make it want to care about you and root for your well-being requires an actor to bare his/her vulnerability and soul as honestly as possible and convince the onlooker he/she are worth the triumph.

Janhvi can. Janhvi does. 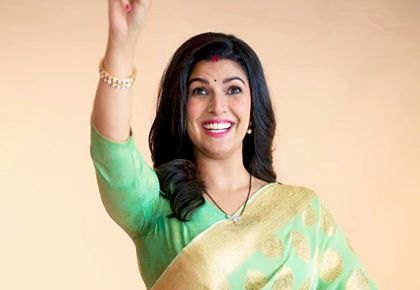