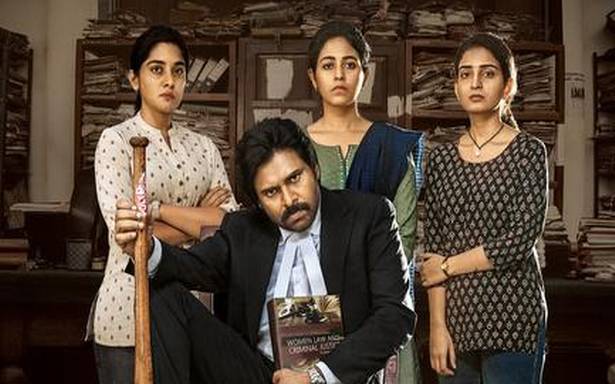 The trailer of the Telugu film Vakeel Saab, headlined by Pawan Kalyan, was unveiled on Monday evening and garnered more than 13 million views overnight. Not surprising, considering that Pawan Kalyan is returning to the screens after three years and his fans have been eagerly awaiting this film. Directed by Sriram Venu, Vakeel Saab is the Telugu remake of the Amitabh Bachchan and Taapsee Pannu starrer Pink (2016), directed by Aniruddha Roy Chowdhury.

The film has already been remade in Tamil as Nerkondai Paarvai and starred Ajith Kumar, Vidya Balan and Shraddha Srinath, among others.

The initial posters of Vakeel Saab were centred solely on Pawan Kalyan, drawing mixed reactions. While the actors’ large fan base was delighted, others wondered if the film would do justice to the battle of the three women.

The trailer, however, showed more promise by revealing glimpses of the courtroom drama involving Pawan Kalyan and Prakash Raj. Shruti Haasan appears in a cameo while the three women facing a legal battle are Nivetha Thomas, Anjali and Ananya Nagalla.

Vakeel Saab has music by S S Thaman and is presented by Boney Kapoor. The film is scheduled to release in theatres on April 9.