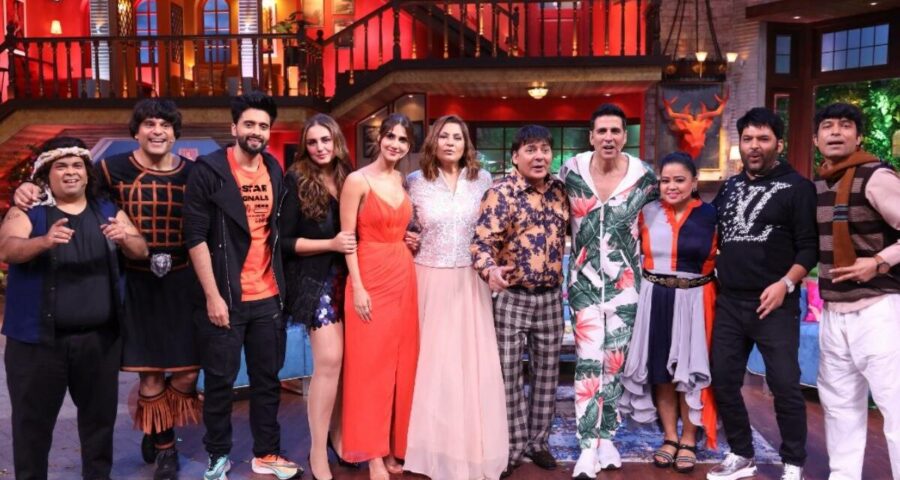 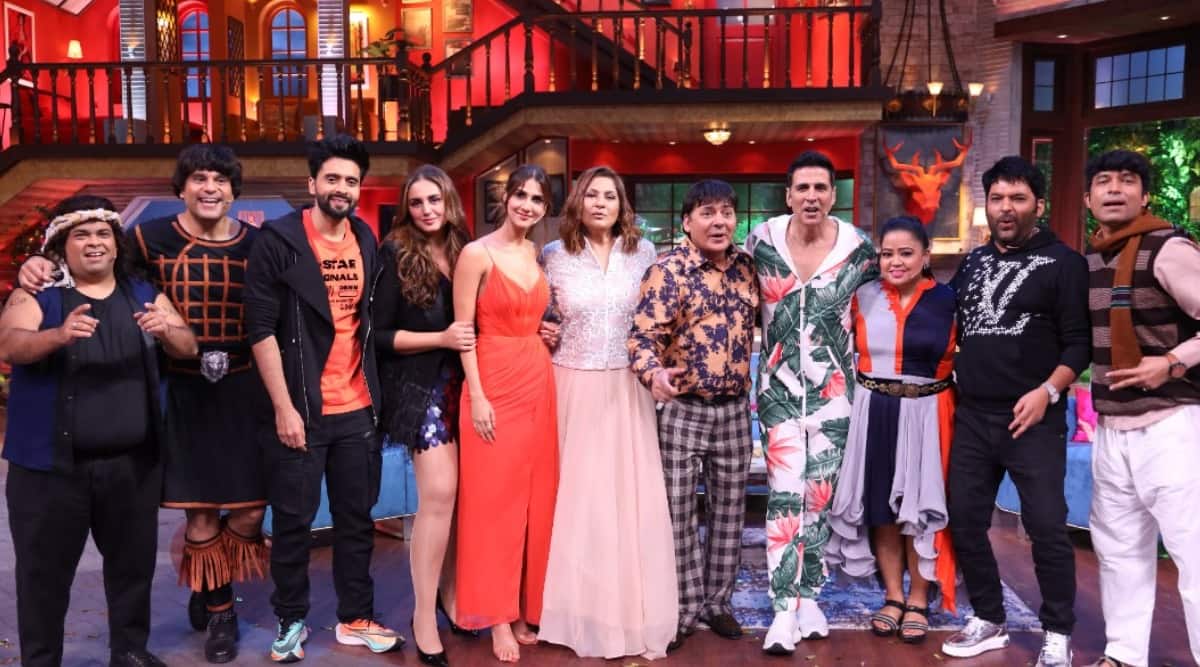 After a thunderous opening episode with Bhuj: The Pride of India star Ajay Devgn, The Kapil Sharma Show will host Akshay Kumar and the BellBottom cast on Sunday. The episode, which was incidentally the first shoot of the season, had Kapil Sharma and his team members in a scurry. As revealed by Kapil in a BTS video, the set was not ready completely, however, since they already had Akshay’s time, they had to roll.

When Kapil and co. turned carpenters for Akshay Kumar

At the start of the episode, the audience will get to see Kapil Sharma and his team turning carpenters to give the finishing touch to the set. Kapil will inform everyone that since Akshay Kumar is already on the way, they will have to contribute in ensuring the set looks ready before his arrival. From Kiku Sharda giving up his elaborate pizza meal to helping in set-up, Archana Puran Singh fastening her make-up process, Bharti Singh and Kapil Sharma taking up painting jobs, Krushna Abhishek turning sweeper and Chandan Prabhakar and Sudesh taking to carpentry, the cast would be at their best. When the Bollywood star will see the video, he would be left in splits and appreciate the team’s efforts. Sleepless night for Kapil and his team

Actor-producer Jackky Bhagnani will reveal on the show that during the shoot, Akshay Kumar used to wake everyone up at 5:00 am and take them for a half an hour cycling session. Agreeing with this fact, Kapil Sharma will reveal that knowing early-riser Akshay was scheduled to come to shoot, he and his teammates hardly slept, in fear of getting late. When Kapil Sharma will question Huma Qureshi on her choice of footwear, she would, in style, respond that heels are her choice. She would then pull his legs saying how would he know anything about fashion and style. Taken aback by her grilling, Kapil will nickname Huma ‘ladkiyon ki Akshay Kumar’.

Akshay Kumar on the show will reveal that during the lockdown, he had called Vashu Bhagnani and asked if he was ready to shoot BellBottom. Agreeing instantly, Vashu Bhagnani arranged all the shoot requirements within three months and BellBottom went on to be the world’s first film to have resumed shoot in lockdown. Adding to this, Jackky will share that it only took 30 seconds for Akshay and his father to make this decision.