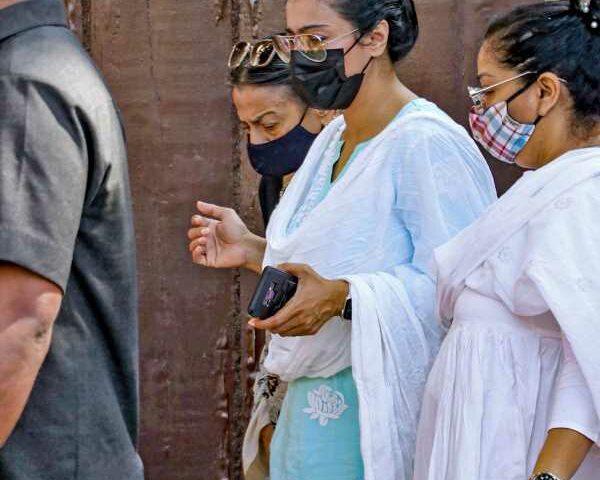 The funeral will take place on Thursday, February 17, after his son Bappa returns from Los Angeles.

While film folk paid tribute to the legendary Disco King on social media, a few visited his residence in Juhu, north west Mumbai.

Kajol escorts her mother Tanuja to Bappi Lahiri’s home.
Bappida made his debut as a composer in Hindi films in Shomu Mukherjee’s Nanha Shikhari in 1973; the late Mr Mukherjee was married to Tanuja and is Kajol’s father. 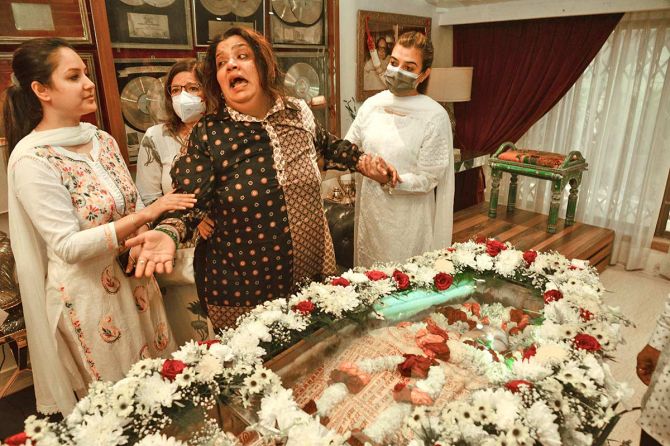 Reema Lahiri-Bansal is inconsolable as she mourns her father. 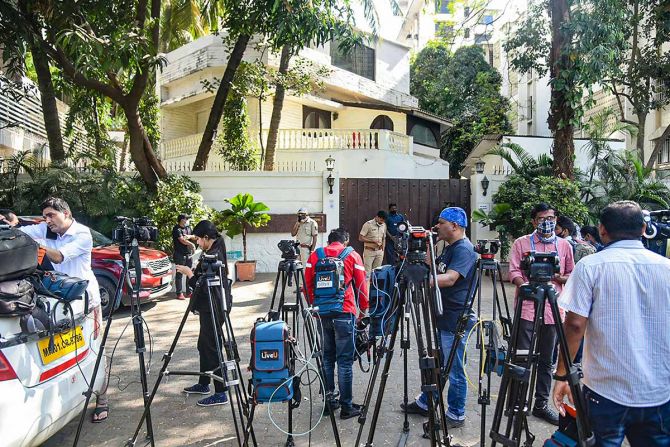 The media and police wait outside Bappida‘s residence. A school teacher lights candles to pay tribute to the incomparable Bappida.