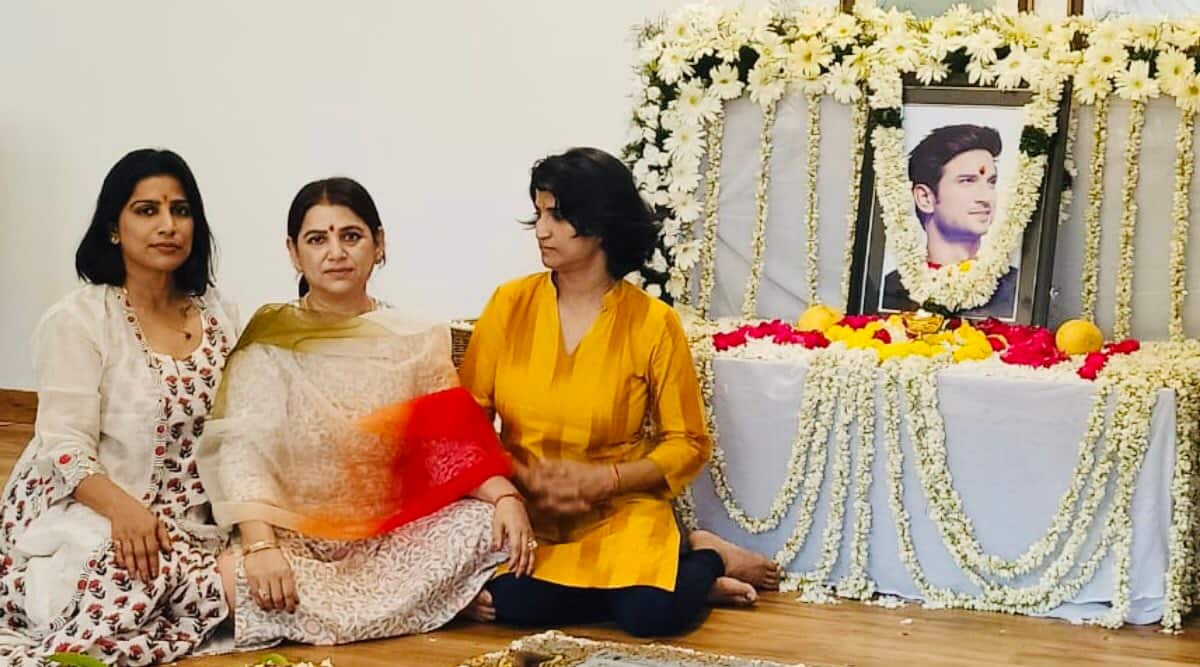 Sushant Singh Rajput’s sister Priyanka Singh penned a heartbreaking Twitter thread on Monday about life post the actor’s death on June 14. Priyanka wrote that Sushant’s absence has rendered the family hopeless. She added that his demise has left her with many difficult emotions, including survivor guilt.

“To put it simply, life without you is not the same. After mom’s departure, we had inspiration to make our lives worthwhile as a tribute to her love. While your absence has rendered it totally devoid of any bearings, mercy or hope,” read one of Priyanka’s tweets. She shared a picture of herself and two of Sushant’s other sisters seated near a table that had the actor’s photo placed on it.

Another picture of the room suggested that the family held a puja for the late star. In a series of tweets, Priyanka Singh wrote that Sushant Singh Rajput was now “immortal”.

“Though your physical form no longer graces this earth, you are ever so close & present in each moment of our lives- walking, sleeping, dreaming throbbing in us with every pulse of life. Your presence is now as visceral as it is vital. You truly have become immortal… like forever. And yes, finding myself in this god forsaken world without you, I suffer from survivor’s guilt. #SushantSinghRajput #ImmortalSushant,” read another post.

Toward the end of the Twitter thread, Sushant Singh Rajput’s sister Priyanka Singh invoked “karma” and said, “Those who are instrumental in your eradication should know it only too well that they have to pay. Law of Karma is law of Energy therefore exact and infallible.”