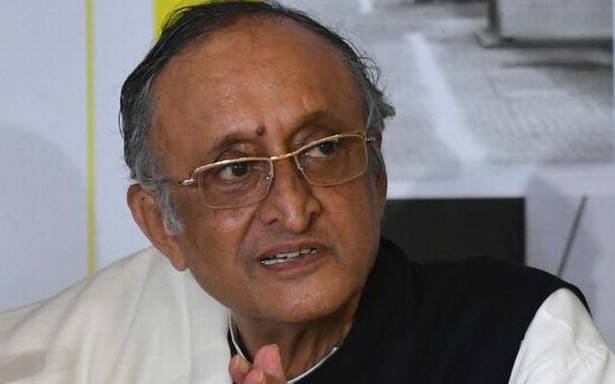 West Bengal Finance Minister Amit Mitra on Monday said there has been a “dramatic shift” in the Centre’s policy towards the GST Council where it is resorting to an “authoritarian and majoritarian” approach undermining its authority and creating an impasse.

He said the Council was the only federalist institution.

Mr. Mitra has sent a dissent note after the 44th meeting of the Council held last week and had described its move to retain tax levies on COVID relief materials as a “totally anti-people decision” that was ‘thrust’ upon members.

Chief Minister Mamata Banerjee also came down on the Centre for the taxes on equipment and medicine. “When Amit Mitra tried to speak against this, his phone was switched off.”

Mr. Mitra cited a number of instances to show how the authority of the GST Council was being undermined. He said when the State had suggested that the Centre should borrow from a special window to meet the shortfall of GST revenue, the Centre did not agree but took the same decision when the RBI argued in its favour. He also pointed out that the GST Implementation Committee was set up to look into “procedural issues”.

“The committee is taking the decision and it was brought to the Council at the last moment,” he said. He said the States should be additionally compensated for an unpaid compensation cess of ₹63,000 crore for the financial year 2021 on the assumed rate of 7% growth even when the actual rate was a de-growth of 3%. He reiterated that compensation for West Bengal alone was ₹4,911 crore over and above the compensation already paid by the Centre

Dr. Mitra said he has not received any reply to the letter he sent to the Union Finance Minister and is forced to bring issues before the people. He also raised issues like the GST Council meeting not taking place for seven months and the members’ proposals on zero-rating of COVID-related equipment and medicines being discussed at the meeting in detail. He said the States had given up their 70% taxing rights on the promise of consensus which was being seriously undermined.