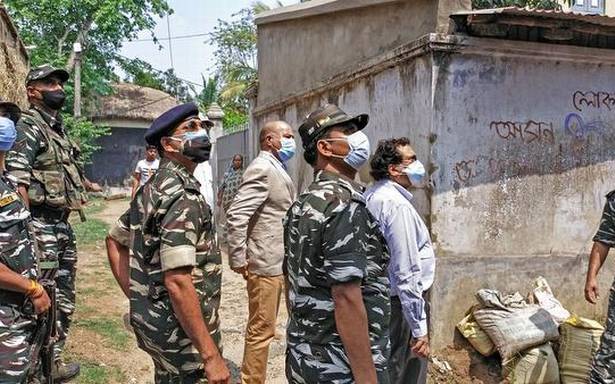 The Mamata Banerjee government on Monday named in the Supreme Court BJP members while maintaining that “concocted stories” on social media spread the narrative of State complicity in “post poll violence”.

“It is untenable to categorise each and every act of violence following the declaration of elections results as ‘post poll violence’ while adopting a premise that such violence is ongoing in West Bengal to which the State machinery is turning a blind eye,” the State government said in its affidavit.

The 425-page counter affidavit details complaints and petitions concerning post poll violence. It names the vice president of BJP South Kolkata and a member of the BJP legal cell.

It said false allegations of State complicity was drawn on the basis of hearsay reports disseminated on social media by miscreants.

The State said the apex court was misled about the law and order situation. The petitions “reek of political motivation”. The petitions have asked the court to form a special investigation team and to order immediate relief to internally displaced persons affected by the violence.

“No person can be forced to stay away from his/her house, as it is their inherent right to live in their houses peacefully,” the State agreed.

It said the petitions in the Supreme Court conveyed a “misleading narrative” while a five-judge Bench of the Calcutta High Court was already hearing a gamut of issues arising from the “alleged post poll violence”. The High Court had been passing effective orders in the case, the State noted.

“Our High Courts are High Courts. Each High Court has its own traditions. They have judges of eminence who have initiative, skills and enthusiasm…” West Bengal government quoted from a Supreme Court judgment in the P.N. Kumar case of 1987. Three detailed counter-affidavits were filed in the High Courts on the FIRs registered and arrests made.

The State said allegations of police inaction were “frivolous”. In fact, the State said, violence had “drastically reduced” with the new government in place following the lifting of the Model Code of Conduct (MCC). The situation was “normal” at present, it stated. On May 5, the Chief Minister issued strict instructions to prevent post poll clashes and violence and take strict action against troublemakers. A centralised online mechanism was in place for taking complaints.

The government said there were 16 murders in 15 incidents of violence in two days before the lifting of the MCC.