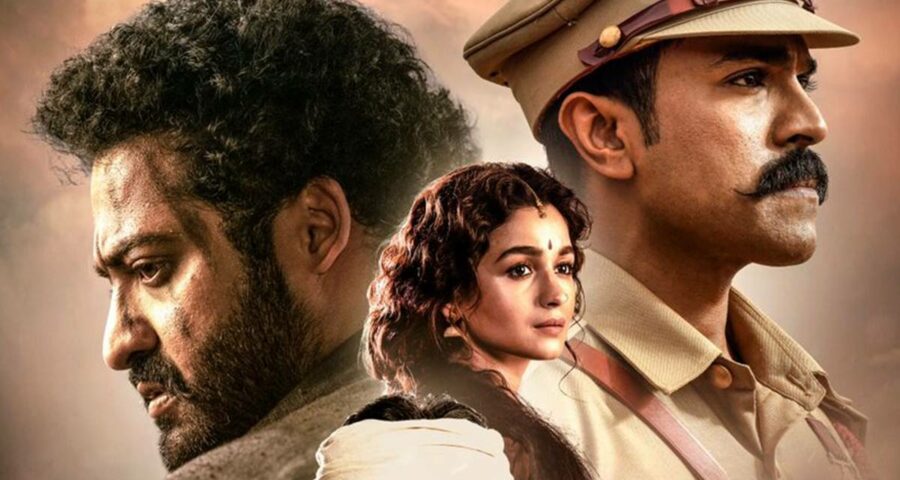 The makers of RRR have announced the release date of the most anticipated film starring Jr NTR, Ram Charan, Ajay Devgn and Alia Bhatt. The film will release a day after Alia Bhatt-starrer Gangubai Kathiawadi. SS Rajamouli’s magnum opus RRR has a new release date. The film, which was earlier aiming for a Diwali release, is all set to entertain the audience in the first week of January. On Saturday, the makers of the most awaited film announced that the film will now release on January 7. “Get ready to experience India’s Biggest Action Drama in cinemas worldwide,” Ram Charan wrote along with a new poster that featured himself in a police avatar along with Jr NTR, Alia Bhatt and Ajay Devgn.

RRR was earlier scheduled for October 13 release as a Diwali treat for Jr NTR and Ram Charan fans. However, earlier this month, the makers announced that while the film will be ready by October, they want to release the film “when the world cinema markets are up and running.”

“Post production nearly done to have #RRRMovie ready by October ’21. But as known to many, we are postponing the release but cannot announce a new date with theatres indefinitely closed,” a tweet from the makers read. “We will release at the earliest possible date when the world cinema markets are up and running,” the statement read.

The producers of RRR announced earlier this year that Netflix and ZEE5 have acquired the streaming rights of SS Rajamouli’s film. The producers announced that post the theatrical release, the film’s Telugu, Tamil, Malayalam and Kannada versions will be made available on ZEE5, while the Hindi, Portuguese, Korean, Turkish and Spanish versions of RRR will stream on Netflix.