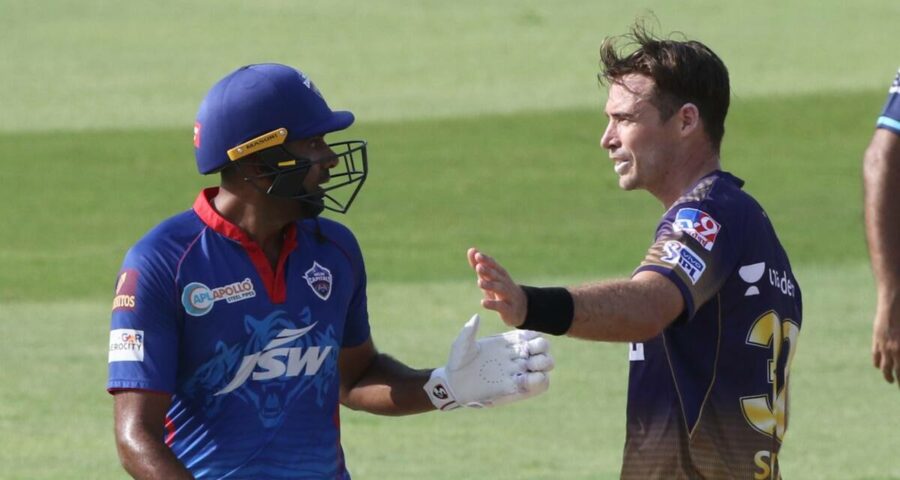 KKR skipper Eoin Morgan and bowler Tim Southee got involved in a heated exchange with Ashwin. The spat continued when Ashwin dismissed Morgan later in the game. 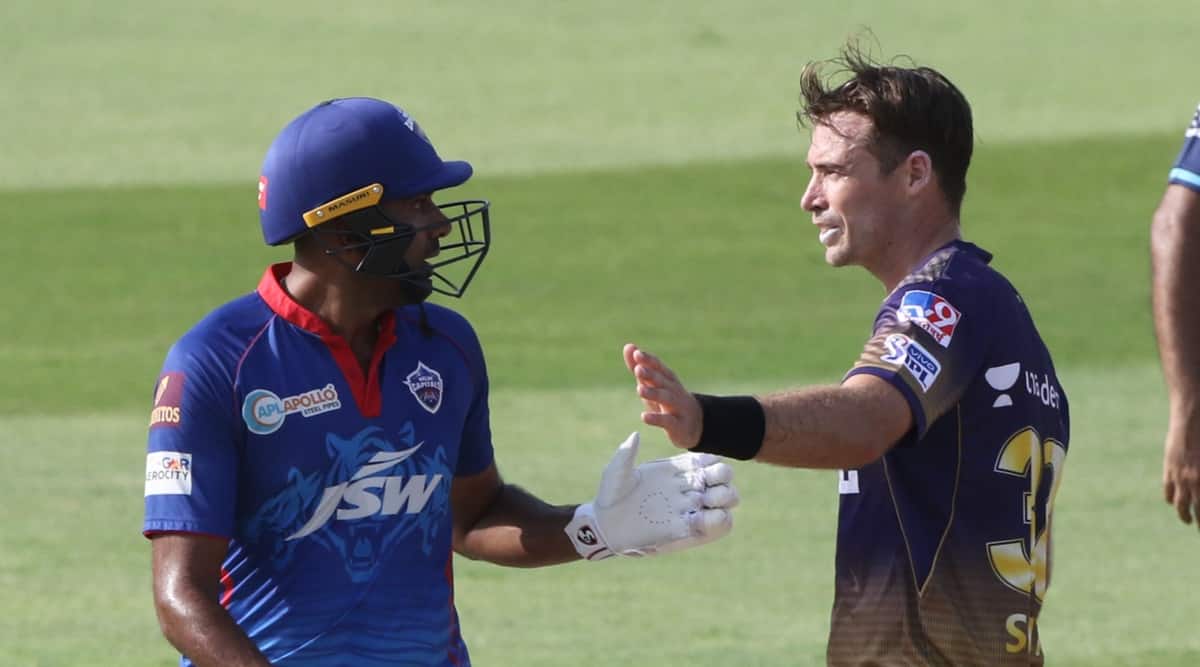 Rarely has an innocuous single, that had no impact on the result of the game, mattered so much to so many. It was during the Delhi Capitals vs Kolkata Knight Riders match that Ravichandran Ashwin had run to the other end on the last ball of the 19th over after the ball hit his batting partner Rishabh Pant’s arm and ricocheted away. The KKR players felt it wasn’t in the spirit of the game to take a run since the overthrow was because of the batsman coming in the line of the ball.

KKR skipper Eoin Morgan and bowler Tim Southee got involved in a heated exchange with Ashwin. The spat continued when Ashwin dismissed Morgan later in the game. The matter didn’t end even after the players left the ground. After the game, Morgan would tweet: “Can’t believe what I’m seeing!! @IPL Terrible example to set for young kids coming through. In time I think Ashwin will regret that.” In the replies to the England white-ball captain’s tweet was more than one mention of the 2019 World Cup final.

Morgan’s most-famous triumph had a contribution from a contentious over-throw. England’s first-ever 50-over World Cup win – said to be the greatest and closest game ever played – had a lot to do with Ben Stokes’ daredevil knock, and a crucial overthrow in the final tense moments of the game. In the final over during the 242-run chase, Stokes, while trying to steal a run, had dived to make the crease. In doing so, he accidentally deflected the throw heading towards the stumps beyond the boundary line.

The umpires after consultation decided to award England six runs – batsmen running two plus the boundary. England, who needed nine runs from three balls, were back in the game. England went on to win, thanks to those four fortuitous runs.

Later, the MCC had said that they would review the overthrow incident involving Stokes but it remains one of cricket’s many ambiguous rules that depend on the interpretation of players and the vague unwritten ‘Spirit of the Game’ ethos.

Even a day after the incident, the controversy refused to die down. Shane Warne, not one to shy away from expressing his opinion, would also find fault with Ashwin’s act. He tweeted: “The world shouldn’t be divided on this topic and Ashwin. It’s pretty simple – it’s disgraceful & should never happen. Why does Ashwin have to be that guy again ? I think @Eoin16 had every right to nail him !!!!.”

The Aussie media jumped in too. Fox Cricket, a subscription television channel from Down Under, would pick the Warne tweet and put a headline that went: ‘Disgraceful’: Warne furious as India villain breaks spirit of cricket again in fiery clash.’

The article would recall Ashwin’s ‘Mankading’ incident too. “Indian star Ravichandran Ashwin has found himself embroiled in another heated IPL clash, one that has once again left him at odds with the spirit of cricket. Ashwin became the poster boy for Mankad during the 2019 IPL season after he ran out England’s Jos Buttler while he was backing up at the non-striker’s end. Fast forward two years later and Ashwin was in the thick of it again.”

Back in 2015, an India-Australia ODI in Melbourne had seen the home players fretting over an overthrow. David Warner had blamed India’s Rohit Sharma for stealing a run off an overthrow as he believed that the ball had ricocheted off Rohit’s bat. Replays showed that Warner had clearly missed Rohit and the reason for the overthrow was the sloppy collection by wicketkeeper Brad Haddin.