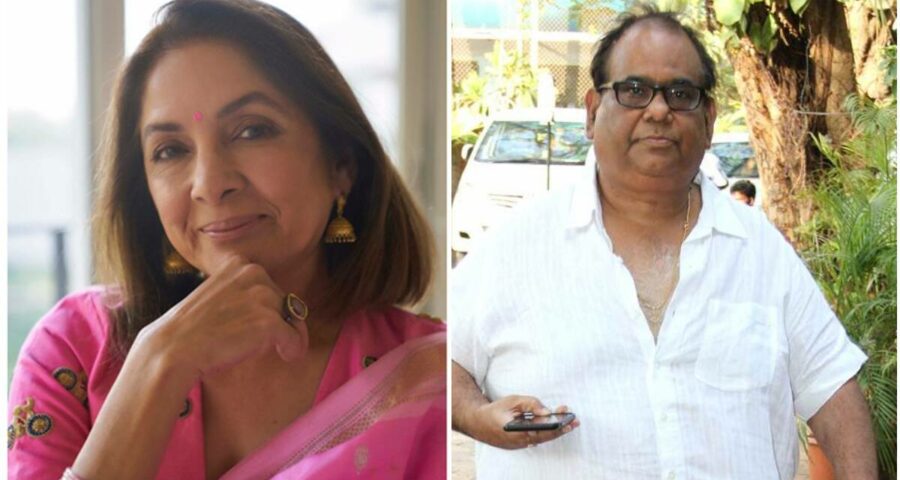 In her memoirs, Neena Gupta has mentioned that actor-director Satish Kaushik had offered to marry her when she was pregnant with Masaba Gupta. Neena Gupta launched her memoir, Sach Kahun Toh recently and it is already a talk of town. The Badhaai Ho actor has made candid revelations about her life, which has found favour with the audience. Satish Kaushik finds a glowing mention in Neena‘s autobiography, as she speaks about how he has been a true friend to her in toughest of times.

In the 1980s, Neena Gupta was in a relationship with former West-Indian cricketer Sir Viv Richards. The actor said she faced a difficult time as she got pregnant with Masaba out of wedlock. According to Neena, Satish Kaushik had offered to marry her then. “Don’t worry, if the child is born with dark skin, you can just say it’s mine and we’ll get married. Nobody will suspect a thing,” Neena quotes Satish as saying.

He has now reacted to Neena’s claims, and confirmed that he was among the few, who were aware of Neena’s pregnancy. He has said, “I used to appreciate the fact that a girl at that time decided to have a child out of wedlock. As a true friend, I simply stood by her and gave her confidence.”

He explains why he offered to marry Neena at the time, he told Bombay Times, “Whatever you are reading in the memoir, it was all an expression of my affection for her as a friend. I was concerned about not letting her feel alone. At the end of the day, that’s what friends are for, right? As mentioned in the book, when I offered to marry her, it was a mix of humour, concern, respect, and support for my best friend in her time of need. I told her, ‘Main hoon na, tu chinta kyu karti hai?’ She was moved by the gesture and was in tears. From that day onwards, our friendship grew stronger.”

Satish says he was aware that Neena was going to mention him in the book. “She told me that she was writing about her life and if I had any objection. I replied, ‘ Likh tu araam se. No problem’. I salute her and the journey she has had,” replies Kaushik, adding, “My wife, Shashi, knows about my equation with Neena, who is a regular at our home. She understands and respects our friendship.”

Speaking of their friendship, Neena had said, “I had tears in my eyes because it’s amazing that a friend wanted to help you in the hour… you know when you needed him or her the most. And him saying that is like I’ll never forget, because it’s the most beautiful thing a friend can say to help you out. To just stand by you basically.”

Neena Gupta and Satish Kaushik, both National School of Drama (NSD) alumni, have featured together in films like Jaane Bhi Do Yaaro, Mandi, and Tere Sang, among others.