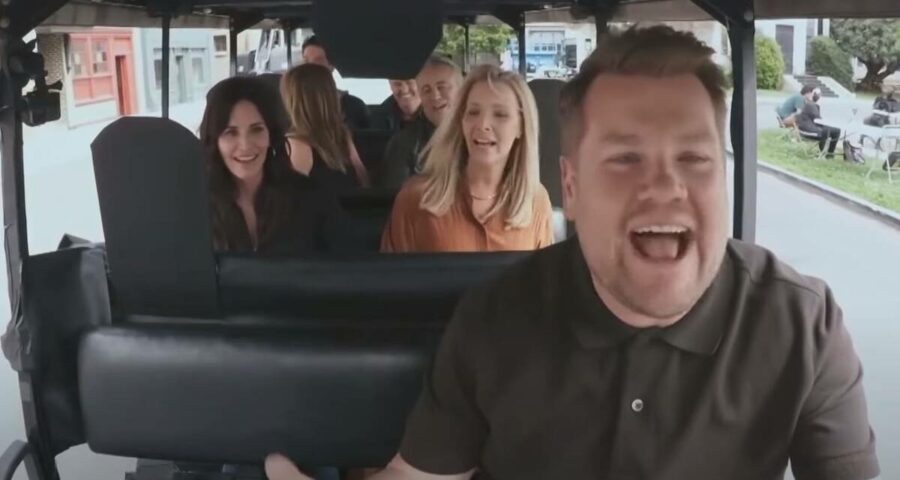 Talk show host and actor James Corden took the cast of the iconic sitcom on a ride, which became an impromptu Carpool Karaoke. 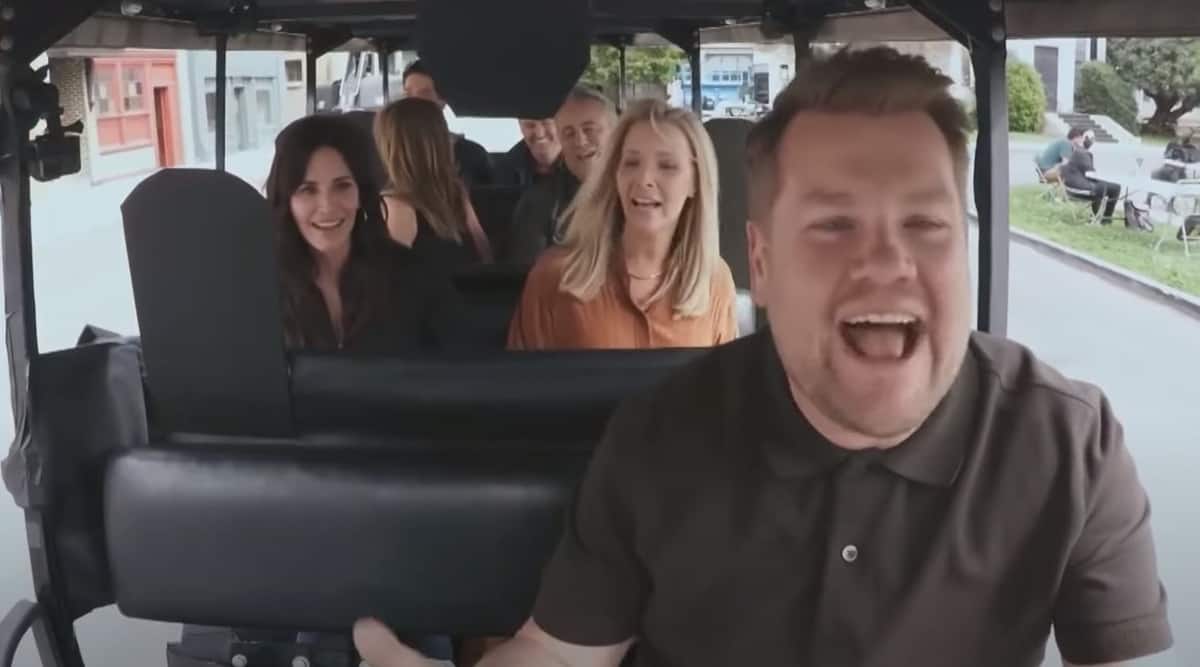 This is The One Where Friends’ Cast Sings the Theme Song with James Corden And Almost Dies. The English actor and talk show host, who hosted the recently released reunion special for HBO Max, took the cast of the iconic sitcom on a ride, and barely avoided a mishap.

The ride became an impromptu Carpool Karaoke as Corden asked the actors to sing the theme song of Friend — “I’ll Be There for You” by the Rembrandts — that will be instantly familiar to millions across the world.

The ride was reportedly undertaken on the Warner Bros lot and the vehicle was what looked like a large golf cart.

Not visible in the video embedded above, there was an incident after the singalong, when after stopping to enter the show’s soundstage, Corden forgot to set the parking brake. As the actors were getting off, they were almost dragged off with the cart down the slope but luckily, they came out safe. The comedian couldn’t get over the moment, and comments, “Honestly, just nearly killed the cast of Friends.”

Corden also played the game ‘The Best Friends Test’ with the cast, which had them answering questions about their co-actors during their time on the show.

The unscripted special episode, directed by Ben Winston, was titled The One Where They Get Back Together, and streamed on ZEE5 in India. David Beckham, Lady Gaga, Kit Harington, Reese Witherspoon, Malala Yousafzai, BTS, among others appeared as guests.

That the show, created by David Crane and Marta Kauffman, is still as popular as it was in the 1990s is the testament to its actors’ star power. It originally aired for 10 years from 1994 to 2004.

Friends: The Reunion received positive reviews. It scored 66 per cent on Rotten Tomatoes. Its critical consensus reads, “It may work best for die-hards, but when it cuts out the noise and focuses on the connections Friends: The Reunion is as warm and comforting as a night in the café.”