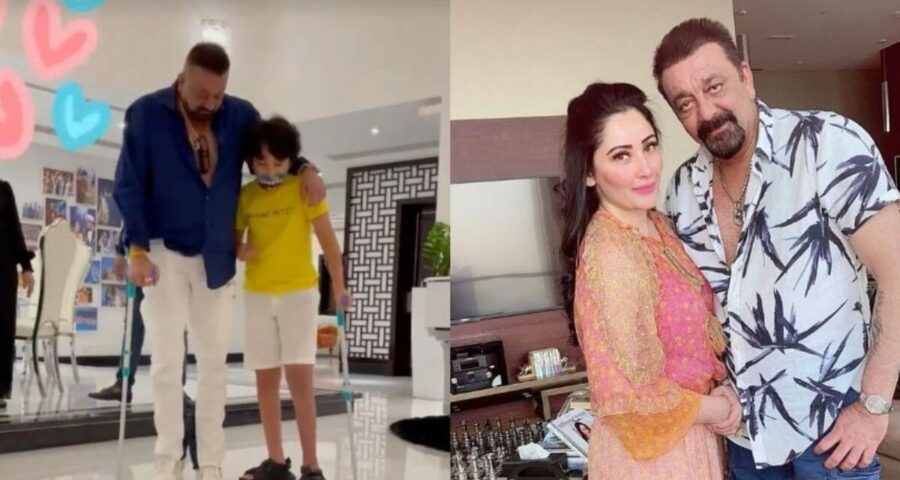 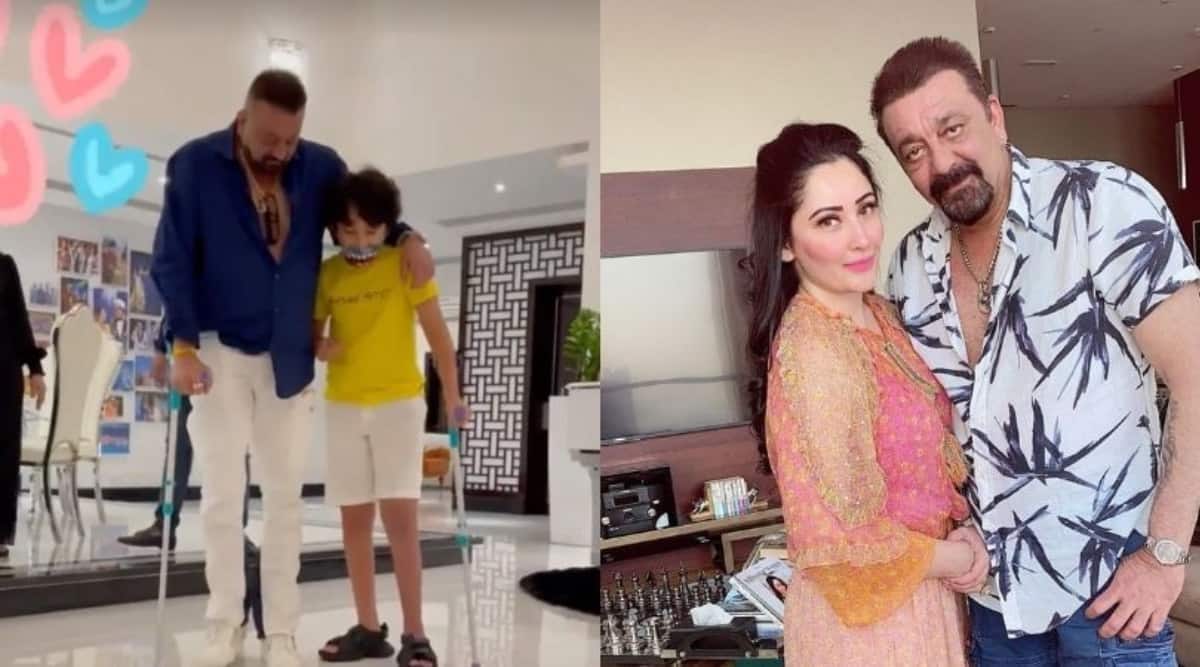 Sanjay Dutt’s wife Maanayata shared a new video on Instagram, where he and their son Shahraan are limping and using crutches. Maanayata captioned the video, “Father and son on the road to recovery”. The father-son duo smiled for the camera as they held onto the crutches. Sanjay wore a blue shirt with white pants and white shoes while Shahraan wore a yellow T-shirt with white shorts and black sandals. Last week, Sanjay Dutt had hurt himself on the heel while playing badminton. Shahraan had also hurt himself recently, and the plaster was removed just a few days ago.

Currently, Sanjay and Maanayata are in Dubai with their children Iqra and Shahraan. Recently, Sanjay Dutt had gone to celebrate Trishala’s 33rd birthday with her, and she had shared photos and videos from the celebrations. 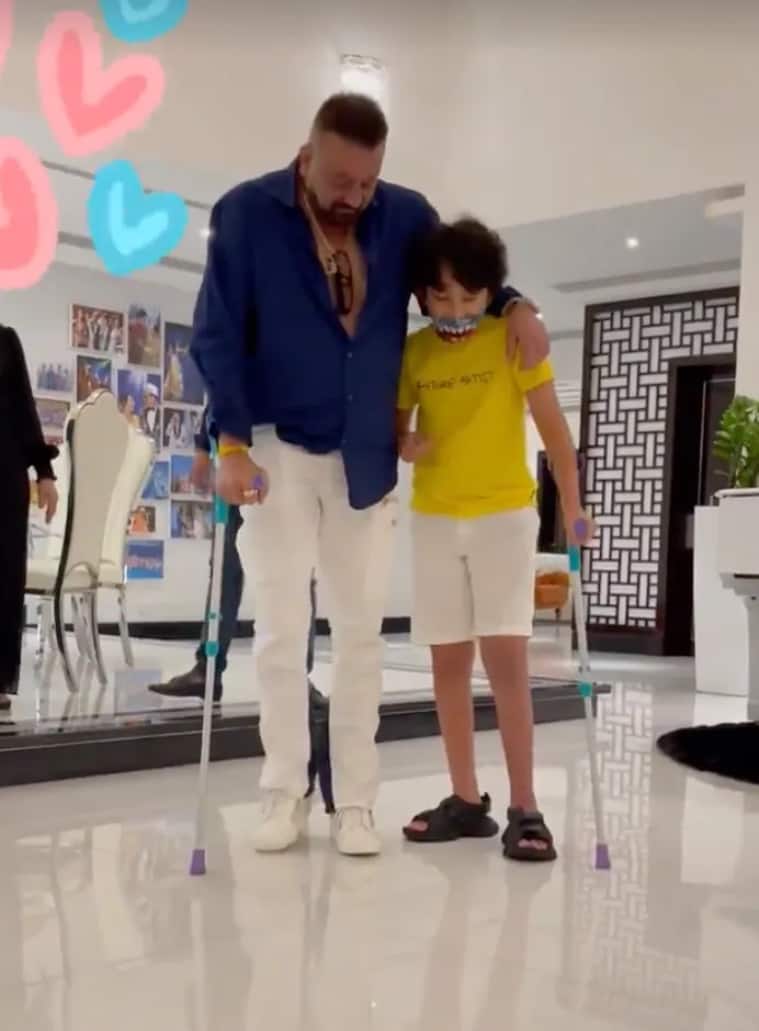 On Maanayata’s  birthday, Sanjay Dutt penned an emotional post for Maanayata. “You are the backbone of our family and the light of my life. Words fail to express all that you mean to me but you know it all too well. Thank you for always being there and being you. Happy Birthday Mom!”

Last year Sanjay Dutt was diagnosed with Stage 4 lung cancer and recovered a few months later. Maanayata, who has been a pillar of support for Sanjay through every crisis, had kept his fans updated about his health.