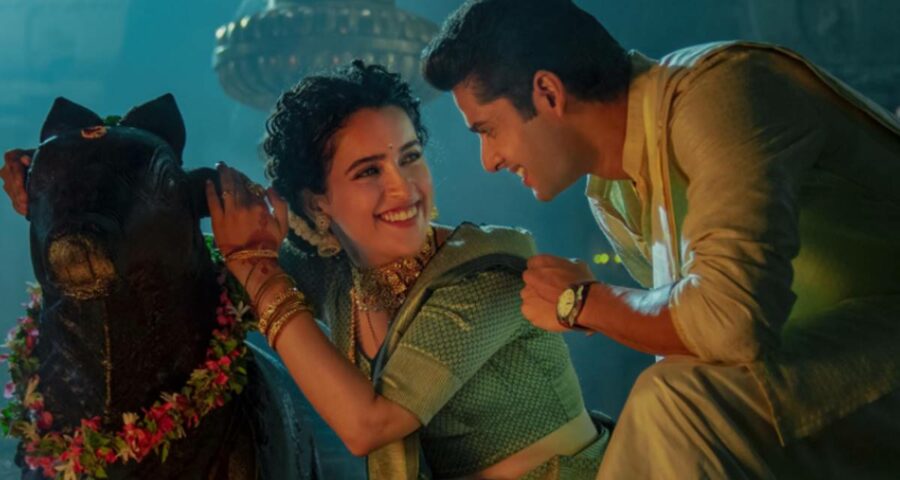 Meenakshi Sundareshwar showcases South Indians from a Bollywood lens and gets most of it wrong. It joins a long list of culturally inauthentic films, brought to you by the Hindi cinema. 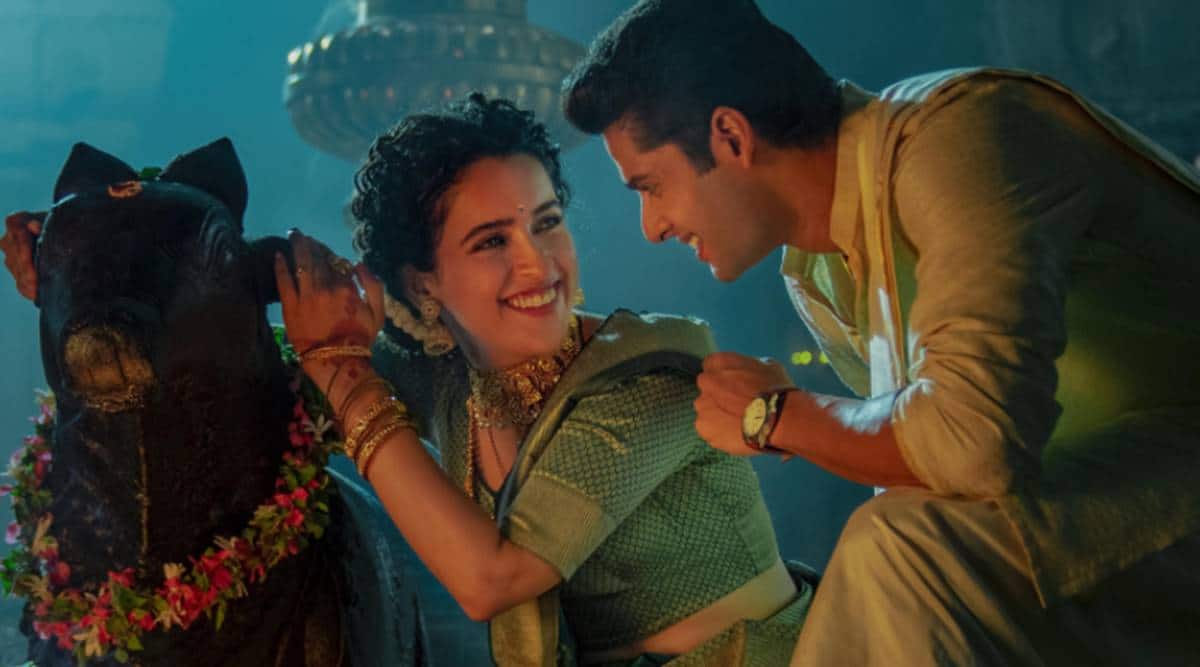 I am a Maharashtrian who grew up in Chennai. When I would tell this to people in Pune where I completed my higher education, they often looked at me as if I was a freak/exotic cultural crossbreed of some sort. “So, you speak Tamil?” they would ask, suddenly curious. “Yes, I do,” I would reply wondering why living in another part of your own country was such a big deal.

But to many who have only known Tamil Nadu (or South India as it is broadly classified), through Bollywood, the moment you say you are from Chennai, familiar visions pop up. Loud exaggerated accents, dark skinned villains, gajras, jhumkis, curd, aiyoooo and religiously inclined vegetarian folks without a sense of humour.

The recently released Meenakshi Sundareshwar and its inauthentic representation of Tamilians has again thrown up the same old debate — why does Bollywood find it so hard to attempt cultural authenticity in mainstream cinema? At a time when a web series like The Family Man has received so much appreciation for actually casting Tamilian actors and including different Tamil dialects, why can’t a large production house like Dharma make even half the effort at authenticity?

For many years, in multiple Bollywood films, the Tamilian was usually the comic relief, the sidekick or just the noisy neighbour next door. Think Mithun Chakraborty’s cringe worthy accent in Agneepath when he sang, “I yam Krishnan Iyer yem yay, I yam nariyal pani vala.” Or Juhi Chawla in Hum Hain Rahi Pyaar Ke whose sporadic use of Tamil was meant to be funny and cute. KD Chandran, who played Juhi’s father in the film, played an almost identical Tamilian father in Tere Mere Sapne, and a Tamilian scientist in Koi Mil Gaya. 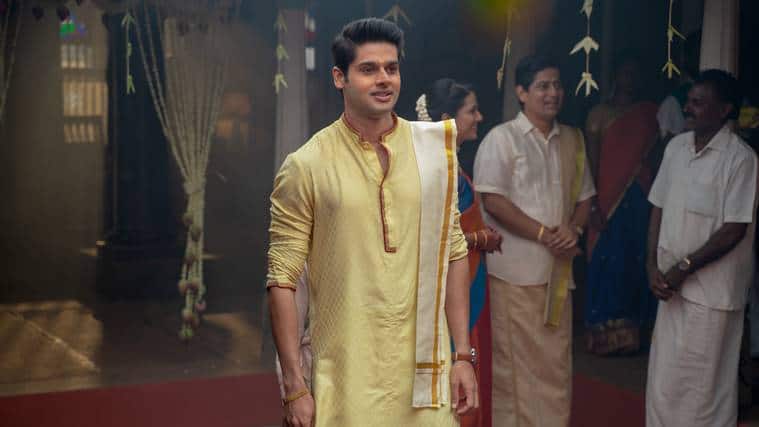 While one would have imagined that with time and increased opportunities to travel and learn, Bollywood would stop this stereotypical portrayal of Tamilians and choose characterisation over caricatures. Sadly, this was not to be. We had to suffer the agony of watching Shah Rukh Khan eating noodles with curd, something no Tamilian has ever done. There is semiya bagala bath, which is vermicelli in curd, but of course who would go through the pain of doing the research?

All of us laughed at SRK’s ‘Yennada Rascala Mind it’ act in Om Shanti Om without ever questioning why a Tamilian or a Tamil accent should be considered funny. Then, of course, there was Deepika Padukone playing Meenamma in Chennai Express who came from what can only be called the Chambal of Tamil Nadu. The Tamilian villains guarding her were all dark skinned, obese and filmed at angles meant to either scare of repulse audiences. Meenamma’s accent was designed for us to laugh at her.

Whether it was Alia Bhatt in Two States, or Imran Khan in Gori Tere Pyaar Mein, no Bollywood actor (with the exception of Abhay Deol in Shanghai) has ever made an effort to truly imagine what it means to have grown up in a Tamilian family or to belong to Tamil Nadu. In fact, Gori Tere Pyaar Mein had its actors wear white and gold kasavu sarees and veshtis that are traditionally worn in Kerala, not Tamil Nadu.

Which is when almost a decade later when Meenakshi Sundareshwar started streaming on Netflix, I was genuinely upset to see the same issues plaguing this film as well. First of all, it is pronounced Meen-aa-kshi not Min-akshi, and second of all, Madurai is not a village, so why do its characters live in homes that look straight out of Virasat that was released 24 years ago? While it is perhaps a fresh story that looks at the difficulties surrounding a long-distance marriage, its characters are still pulled out from a Dharma handbook on writing Tamilian characters. So, the leading man Sundar asks people if they have seen a man in a lungi while his father is actually wearing a veshti, which is a more formal garment. Eating non-vegetarian food is made a big deal of and Rajinikanth looms large because, well, how can a film be made with Tamilian characters without at least one reference to Rajinikanth! Also why was the film set in Madurai? Apart from its link to the names of its lead pair, the location or its distance from Bengaluru has no relevance to the narrative at all. 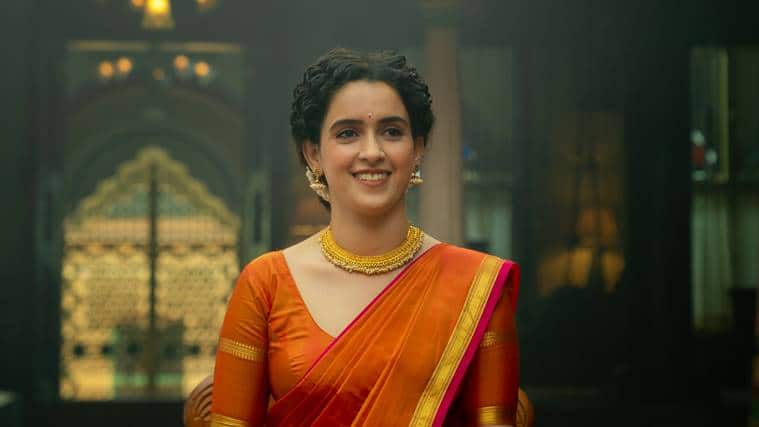 The issue of stereotyping is not restricted to just Tamilians though. Gujaratis, Bengalis, and even Johar’s most beloved Punjabis have all been portrayed in a consistently exaggerated manner. For years, we imagined Punjabis to be loud, bhangra loving wedding enthusiasts. Then Udta Punjab enlightened us about the drug menace troubling the state. For years we believed that Maharashtra was about Ganpati Bappa and taporis, until regional films like Sairat came along that also highlighted the state’s caste issues.

While some may say that it is entertainment, it’s just a film, the problem is actually not that simple. Take it from the Muslim community that is constantly lectured by our cinema on how to prove their patriotism or the Christian community who have long been represented as either male priests or women receptionists and secretaries. And don’t even get me started on how the Parsi community has been stereotyped over the years in our films.

The way we marginalise and stereotype communities in real life often get reflected in our cinema as well. Our othering and inclination to laugh at, ridicule or categorise those whose first language is not Hindi, or whose religious beliefs are different from ours, is not a simple matter of stereotyping. We are undermining the way of life, the traditions, food and mannerisms of millions of people who are a part of India. 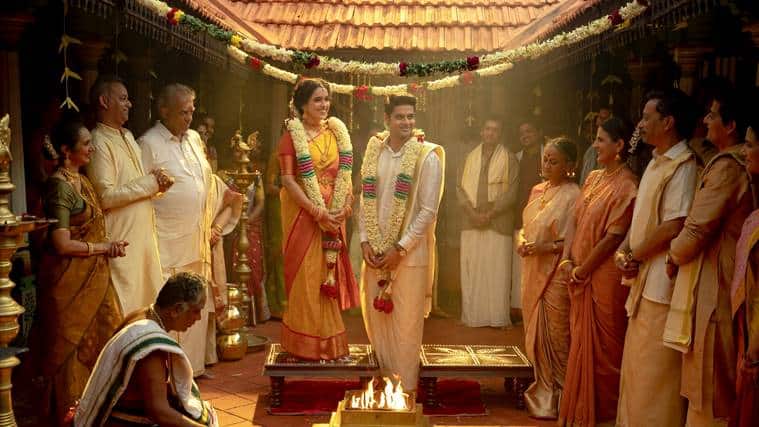 Using broad brushstrokes to create cinema is a reason why representation remains such a huge issue in Bollywood. While speaking at the trailer launch of Meenakshi Sundareshwar, its director Vivek Soni had said, “We have made a Hindi film set in the south, eventually it is a Hindi film. We could have kept an accent too, but we didn’t want to do that, because that would be stereotypical. We have only used a few words to add flavour.”

Using a sprinkling of words for flavour is perhaps why Meenakshi Sundareshwar has left viewers from Tamil Nadu with a sour taste in their mouth. Perhaps the time has come for Bollywood to throw out the old rules of screenwriting and actually start respecting distinct linguistic and cultural groups in India. Reducing them to symbols and stereotypes is not creative liberty, but deliberate laziness that just won’t do anymore.