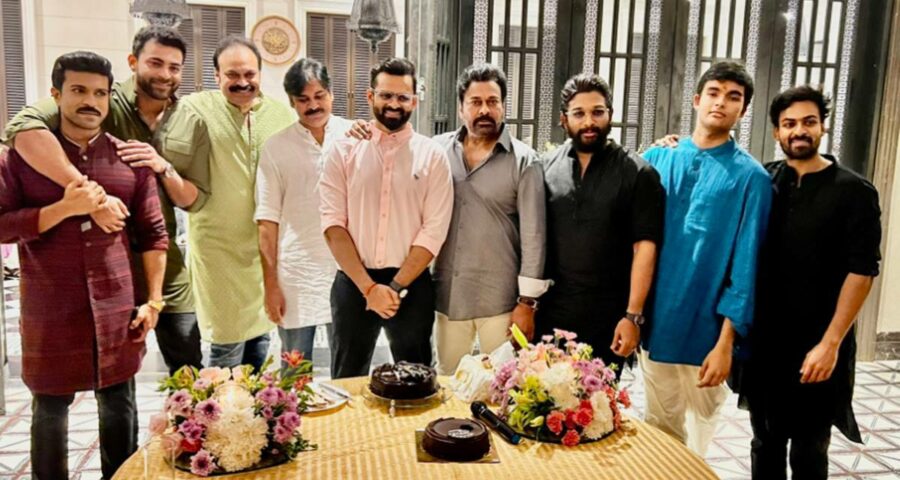 Sai Dharam Tej, who had met with an accident in September, has recovered fully. Chiranjeevi shared the first photo of the actor on Twitter since his accident. It was indeed a Happy Diwali for the Konidela family as Sai Dharam Tej participated in the festivities after fully recovering from the bike accident that happened in September. The actor was seen in the perfect family picture. On Friday evening, Chiranjeevi shared a picture that featured the actor along with Sai Dharam Tej, Ram Charan, Naga Babu, Varun Tej, Allu Arjun, Vaishnav Tej and Pawan Kalyan.

Sharing the photo on Twitter, Chiranjeevi wrote, “With all your blessings and prayers, Sai Dharam has completely recovered. This is a real festival for my whole family.” Sharing Chiranjeevi’s tweet, the Solo Brathuke So Better actor wrote a message for his fans. He mentioned that recovering from the bike accident is like a rebirth. He credited his fans for the second life. “Getting so much love from you in this life is my previous life’s good deeds,” he wrote in Telugu.

Sai Dharam Tej met with a bike accident on September 10. He suffered a fracture in his collarbone and underwent surgery for the same. He was discharged from the hospital after a month and has finally fully recovered.

The actor’s Diwali post has come almost a month after his previous tweet in which he celebrated the success of his last release Republic. In October, Sai Dharam Tej posted a picture with a caption that read, “Thanks is a small word to express my gratitude for your love and affection on me and my movie Republic.”

Republic released when Sai Dharam Tej was recovering at the hospital. The film became one of the biggest hits post coronavirus pandemic. It also received immense love from critics and audiences.