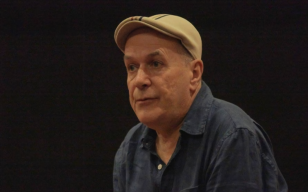 Goethe-Institut Bangalore is organising a masterclass at 7:30 pm, August 29, with British film editor Andrew Bird as a part of the 11th edition of Bengaluru International Short Film Festival (BISFF).

Bird is best known for his works in German cinema and is winner of awards for internationally-acknowledged films like The Countess, Comrades In Dreams, and She, A Chinese. He was awarded the Deutsche Filmpreis and the German Film Critics Award. He also took home the German Best Editor Award for The Edge of Heaven.

Bird, who studied German and Art History in Southampton and Hamburg, worked as a translator and script supervisor before he became one of the most acclaimed editors in the world. Film festivals across the world have started including a Bird Retrospective, including essential viewing like Gigantic (Sebastian Schipper), Head-On (Fatih Akin), The Countess (Julie Delpy) and The Future (Miranda July).