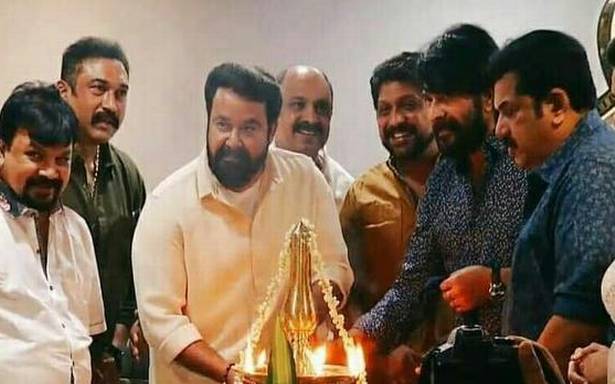 The film will be directed by Priyadarshan and Rajeev Kumar, with proceeds going to the welfare of technicians and artistes from the Malayalam film industry, in the wake of the COVID-19 crisis

The inauguration ceremony of the Association of Malayalam Movie Artistes (A.M.M.A)’s new building at Kochi, has brought to light a massive Malayalam film project, that will see Mammootty, Mohanlal and several other stars act together.

AMMA president Mohanlal revealed that the film is a crime-thriller to be directed by Priyadarshan and Rajeev Kumar, and will have around 140 artistes working on it. He also added that the film would be a philanthropic gesture which is being made to help the Malayalam film industry, its artistes and technicians, in the wake of the COVID-19 crisis.

The movie’s script is by director Rajeev Kumar as well, who had earlier directed Pavithram and Kolaambi. It will be produced by Aashirvaad Cinemas.

Mohanlal and Mammootty unveiled the poster of the movie, and also inaugurated the building along with others actors such as Ganesh Kumar, Siddique, Baburaj, Jagadish, and others, who were at the event.

The last time a collaboration of this instance happened was for the film Twenty: 20 in 2008, which featured Mammootty, Mohanlal, Suresh Gopi, Dileep, and Jayaram among others.