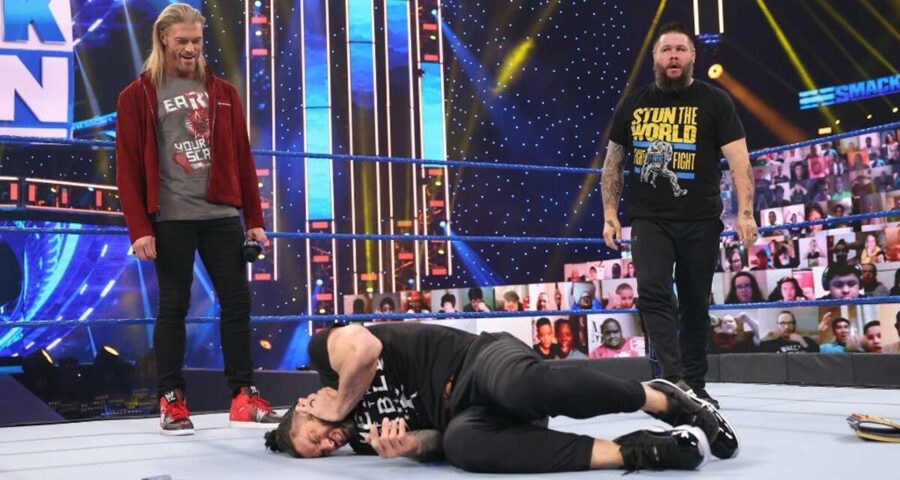 Edge returned to WWE SmackDown to address his decision on which World Champion he may face at WrestleMania. 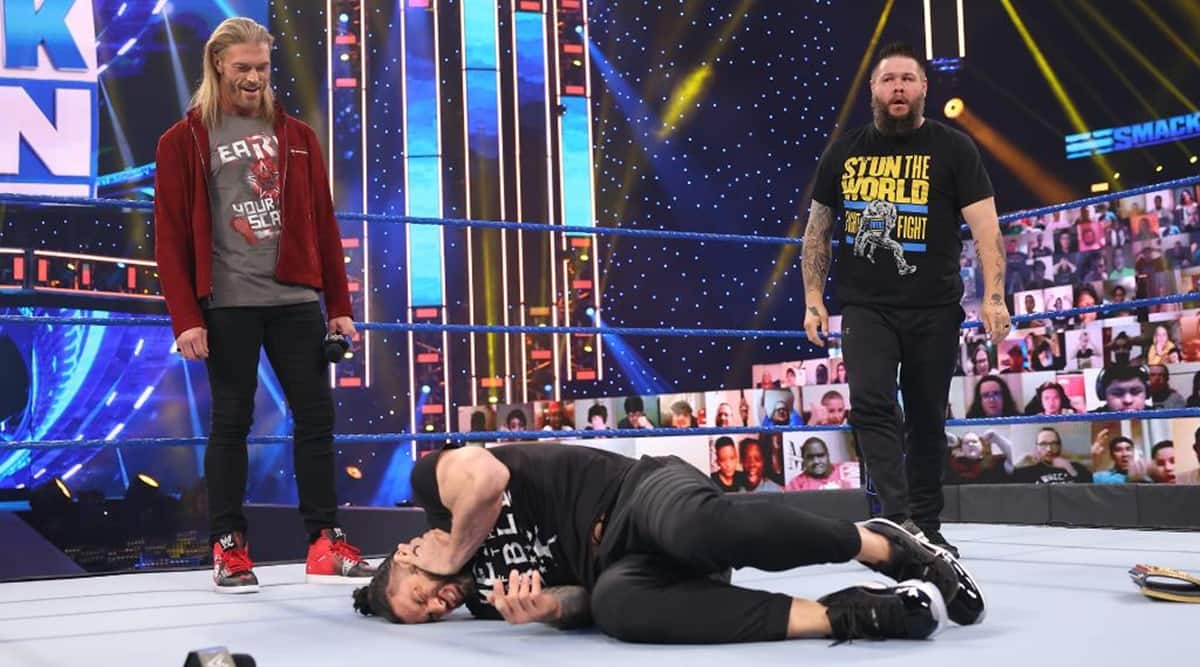 Edge returned to SmackDown on Saturday to speak on his decision as to which World Champion he may face at WrestleMania, only to watch as Kevin Owens unleash a surprise attack on Universal Champion Roman Reigns. Elsewhere, Big E won his Triple Threat Intercontinental Title Match.

In the wake of his brutal victory over Kevin Owens in a Last Man Standing Match at Royal Rumble five days earlier, Universal Champion Roman Reigns reemerged on SmackDown to call out Edge, the winner of the 2021 Royal Rumble Match.

Already annoyed that Edge traveled to Raw and NXT before coming to see him on the blue brand, the Head of the Table blew up over the absent Rated-R Superstar choosing to “play games” with him.

Returning from injury, Edge started this year’s Royal Rumble Match at No. 1 and outlasted 29 other Superstars to earn the right to to challenge the World Champion of his choosing at The Showcase of the Immortals. In the wake of his Herculean effort, The Rated-R Superstar traveled first to Raw to inform WWE Champion Drew McIntyre that whomever he decided to face, he would be walking out of The Show of Shows with the World Title. He then ventured to NXT and put both NXT Champion Finn Bálor and Pete Dunne on notice as well.

Tonight, The Ultimate Opportunist journeyed back to SmackDown for the first time in several years. As he discussed his decision on which World Champion to face at The Show of Shows, Universal Champion Roman Reigns interrupted Edge in order to be on hand and demanded that Edge acknowledge him with respect. But before Edge could answer one way or the other, Kevin Owens suddenly emerged from out of nowhere and unleashed a wicked stunner on Reigns as SmackDown went off the air.