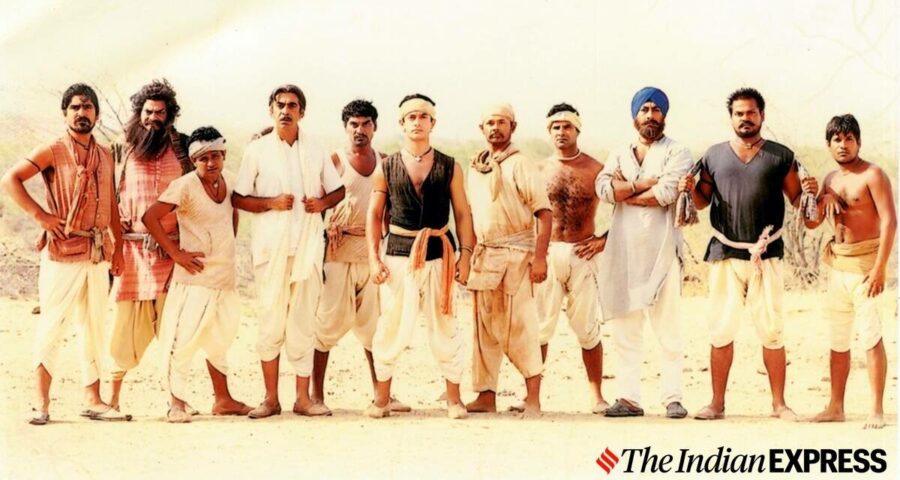 Lagaan was the third film helmed by director Ashutosh Gowariker and the first production of Aamir Khan. The period drama had a massive clash with Sunny Deol's Gadar at the box office on June 15, 2001. When the world was gearing up to welcome the new millennium in December 1999, Aamir Khan, Ashutosh Gowariker and their team was getting last minute logistics in place. Lagaan was just five days away from going on floors, and from its songs to the shooting in Bhuj, a lot of work was still pending. But, they managed to roll. 20 years on, the cast and crew credit one man for making this dream a reality, writer-director Ashutosh Gowariker.

“Ashutosh had put up a sketch of 11 men in his office. He said that was his poster design, with all those actors standing in that fashion. And the final poster remained the same. That was his level of clarity,” actor Akhilendra Mishra, who played Arjan the blacksmith, told indianexpress.com, crediting Aamir Khan for his confidence in Ashutosh.

Ashutosh was not just thorough with the script and shot-division, he even knew how the poster with his Playing XI will look, the one seen in the image above.

Daya Shankar Pandey aka Goli added with a laughter, “You must’ve noticed that when the film started, Ashutosh had a lot of hair on his head. By the end of it, he became bald. That was his dedication.” 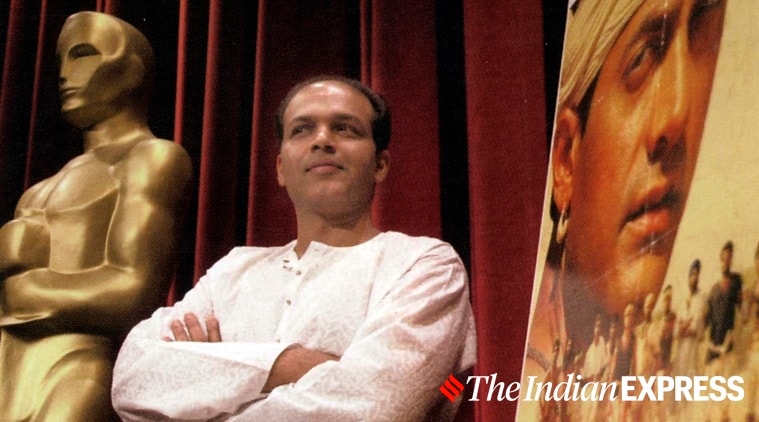 Aamir Khan agreed to play Bhuvan and also produce the film, but only after two long meetings and a lot of coercing by Ashutosh. After all, Lagaan wasn’t your regular Bollywood formula film. The theme of a period drama, set around cricket in a rural set-up with theatre actors was a huge risk.

Shot in the barren landscape of Bhuj, where the fictional town of Champaner was recreated, complete with real huts, cattle and people from nearby villages, nothing about Lagaan was cakewalk. Yashpal Sharma aka Lakha reminiscences, “I think we left for Bhuj on January 1, 2000, the start of the new millennium. For the initial 5-6 days, we stayed in the village houses the whole day to get used to the atmosphere and the professions assigned to our characters. After few days, we started feeling that we belong there.”

Spending time with the locals helped the cast forget their Mumbai life and get acclimatised to the rural, dusty terrain with extreme temperatures. Though dhotis became a struggle in acute winters, shooting the match sequence in harsh summer heat left them with the worst tan. “When we removed our ‘bandis’ after shoot in the evening, it looked as if we were still wearing one. We used tanning make-up so that the difference in skin tone isn’t visible if the costume shifted on our body a little,” Yashpal added. The dialect of Lagaan was easy for most of the eleven actors, because of their rural roots. Cricket, however, was not. The actors cast in the film had little knowledge of cricket, so that it looks authentic in the film given their character arc. Akhilendra, whose Arjan was the opening batsman, couldn’t even touch the ball despite several retakes and had to cheat-play with close-ups. Yashpal said though he is a decent player, his Lakha had to deliberately miss catches.

Lagaan gave Bollywood many firsts too, claims its cast. While it was the first time they received a bound script months before they travelled to Bhuj, it was also their longest single schedule lasting six months. The actors received a call sheet a night before, and, to speed up the process, sync-sound recording was introduced. The film emerged as a stepping stone in the careers of many including now filmmakers Apoorva Lakhia, Reema Kagti and Kiran Rao, all assistant directors then. Aamir’s then wife Reena Datta took up the producer’s responsibilities, and cast and crew incurred a fine of Rs 1 if they arrived late on the set. The plan was to leave the actor embarrassed so that he doesn’t miss the morning bus that transported the cast from their apartment in Bhuj to the location at 6AM.

And with Reena in the picture, Aamir preferred to remain a cast member and leave the producer duties to her. “Only sometimes, he would secretly vanish, attend some kind of production meeting and come back on set. But the way they managed an everyday team of nearly 1500 people was amazing. We never had any logistical issue, including water, which was already scarce in that desert region,” Raghubir Yadav aka Bhura said, revealing that they consumed water worth Rs 65 lakh.

Lagaan’s Kachra, actor Aditya Lakhia remembered Sundays as their off days when they played badminton, table-tennis and cards. Raghubir further added, “There was professionalism and discipline. We even got very friendly with the British cast, they had guitar so we used to sing songs. We were like a one big happy family in Bhuj.”

But six months was a long duration to stay away from home and families. There were many break-ups. But actor Amin Hajee, Lagaan’s Bagha found love in Charlotte from the English cast. The two tied the knot and have twin daughters today. Another British couple also got married on the sets of Lagaan.

The dedication was at full display by every cast member. Ashutosh Gowariker, despite a slip-disc, directed while being on a bed, veteran actor AK Hangal had a fall in the bathroom but chose to shoot his portions despite the pain. Raghubir Yadav had an appendix operation and filmed some climax scenes with stitches on, and Yashpal Sharma had a hair-line fracture in his finger too.

The cast remembers the shoot with fondness today. They even told us that seeing Ashutosh Gowariker work, they soon got a gut feeling that Lagaan was in the route of becoming a cult. Raghubir Yadav swore by the director’s will that he could control a cast with theatre background, because stage actors have a certain high handedness and want to put extra bit in all their performances. 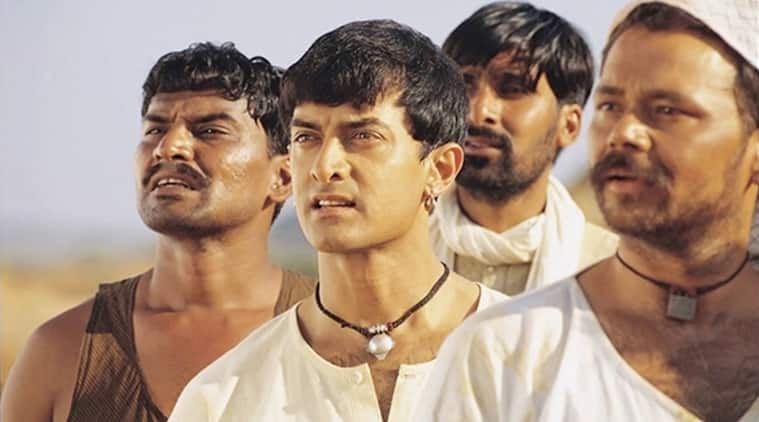 Lagaan went on to receive a nomination in the best foreign film category at the Academy Awards 2002, apart from dozens of awards and recognitions across the globe. The jolt, however, was the massive earthquake after the film was wrapped up, which flattened the film’s location in Bhuj, including the building where the team stayed. So when they chose to have the first ever screening of Lagaan at a local cinema hall, it was an emotional moment for not just the villagers, but the entire unit, most of who travelled to Bhuj once again.

Daya Shankar Pandey said, “Despite acting in it, we saw it like an audience.” Raghubir Yadav added, “We kept searching for our memories from the set. The entire six months came flashing in front of our eyes.”

Lagaan also clashed with another blockbuster, Gadar: Ek Prem Katha, which was released on the same day, a déjà vu for fans who’d seen a face-off of Aamir Khan and Sunny Deol before – Dil-Ghayal and Raja Hindustani-Ghatak. Aditya Lakhia remembers, “Gadar and Lagaan had a good competition. And I remember when they released, it was pouring. But I think Lagaan has stood the test of time and is remembered for changing many things in Bollywood.”

While the cast still calls each other by their character names, they continue to stay connected through a WhatsApp group and meet every year at Aamir Khan’s home for a Diwali party.

Summing up the magic of Lagaan even after two decades, Yashpal Sharma said, “Nobody is perfect, but one needs to head in the direction of perfection. And Lagaan is towards that perfection.”

‘Lagaan 11’, as they still call themselves, continues to feel the absence of actors Rajesh Vivek (Guran) and Shrivallabh Vyas (Ishwar), who passed away in 2016 and 2018 respectively.