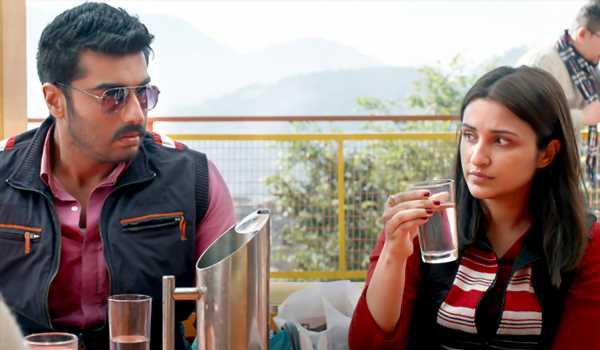 The one and only lacuna in my life during this pandemic has been my movie screenings.

Until the second week of March 2020, when my last screening of Angrezi Medium was held, every Wednesday or Thursday, producers would arrange a preview screening for me at the only multiplex in Patna.

They were the raison d’etre of my life.

They were my lifeline.

The thrill of watching films in a movie theatre was even more heightened for me than your average movie buff.

The screenings were exclusively for me.

Then the pandemic happened and my screenings were gone in a blink.

At first, I thought the lockdown was for 10 days.

I thought I was only missing the screening of Sandeep Aur Pinky Faraar, which was to release in the week the pandemic hit.

Those 10 days have now stretched into almost a year, and no sign of revival for my precious screenings. Those who know me closely ask, “How can you live without your screenings?”

Why am I not restless any more about missing out on my weekly treat?

Why am I content to watch films at home?

The pang of loss hits me when once in while when I watch something like the Tamil film Maara or Wonder Woman 1984 where the visuals are obviously designed for the large screen.

Otherwise, the other big screen experiences of the last year which missed their dates at the movie halls — like Gulabo Sitabo, Khaali Peeli and Coolie No 1 — were so awful, I was grateful for saving time (it takes at least an hour to reach the venue of the screenings, the time taken for the film, often there were two back-to-back-screenings, sometimes three) and more importantly, the producers’ money.

Let me tell you about the greed of the multiplexes!

I have first-hand experience.

Thereafter, I had no clue of the financial logistics, as I was only bothered about watching my films and not the process behind the screenings. One day, a panic-stricken producer of a Telugu film called, saying, “Sir, they are asking for 60. How can we afford this kind of money for one screening?”

To say I was horrified would be an understatement.

When I challenged them, they blamed inflation.

They also told me not to be bothered about the cost of the screenings: “Sir, you are not paying from your own pocket. Let them pay. They can afford it.”

I tried speaking to the top man at the multiplex chain, but he wouldn’t take my calls.

I am sorry to say this, but the multiplexes deserve the crisis they have gotten themselves into.

Tell me, is it worth it?

Why should I pay this kind of money to see Suraj Pe Mangal Bhari and Madam Chief Minister when I can watch Criminal Justice and Scam 1992 for free at home?

The size of the screen, you say?

Ah, but it has long been established that size doesn’t matter. So here is a die-hard movie buff telling the multiplexes about the ground reality.

I don’t want to go back because you are insensitive to your patron’s requirements.

And because you haven’t offered me any film that would make me risk COVID.

In the South, they gave audiences Master and Crack to return to the theatres.

In the North, they expect us to flock back to see films that don’t even deserve a place on the streaming platform.