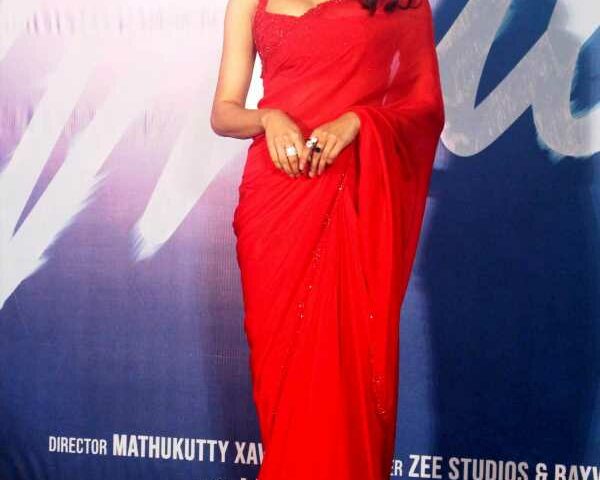 Janhvi Kapoor launched the trailer of her new film Mili, produced by her father Boney Kapoor.

Dressed in a Manish Malhotra georgette sari with a strappy embellished blouse, the actress looked gorgeous. Mili is a remake of Mathukutty Xavier‘s Malayalam film Helen and the director helms the Hindi version as well.

It tells the story of a woman stuck in a freezer, fighting to stay alive.

Javed Akhtar has penned the lyrics.

The film will release on November 4. It is slated to release on November 11. Jasmin Bhasin looks stunning at the promotions of her Punjabi film, Honeymoon. With her co-star, Gippy Grewal. After a dazzling show on the ramp, Malaika Arora keeps it casual at the airport. Pulkit Samrat and his girlfriend, Kriti Kharbanda, are all heart at the airport. Who is Sunny Leone smiling at?

Manushi Chhillar was at Mumbai airport as well. Bhavana Panday and Seema Sajdeh return from their holiday in the Maldives. Maheep Kapoor was also spotted at the airport with husband Sanjay Kapoor and their kids, Shanaya and Jahaan. 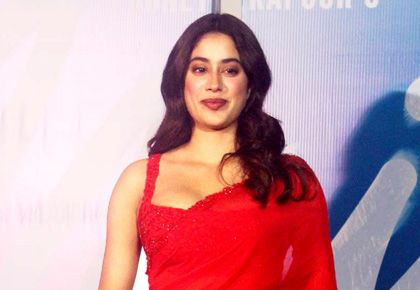