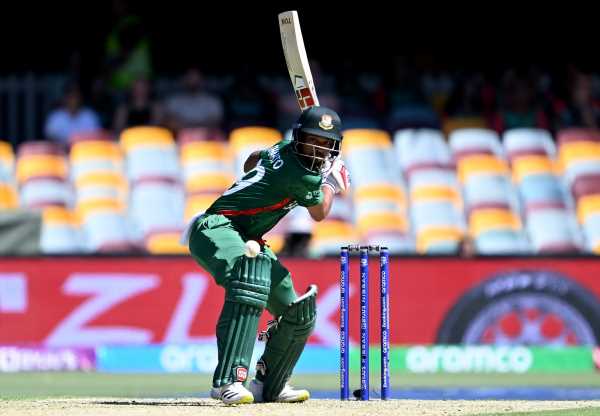 Images from the T20 World Cup Super 12 match between Bangladesh and Zimbabwe, in Brisbane, on Sunday.

Bangladesh survived a dramatic final over to pull off a three-run victory over Zimbabwe in the T20 World Cup Super 12 match in Brisbane, on Sunday, where players left the ground and were called back to complete the contest after officials realised that Nurual Hasan’s stumping off the final delivery was not clean.

Opener Najmul Hossain Shanto, who smashed seven fours and one maximum in his 55-ball 71-run knock, single-handedly powered Bangladesh to a competitive 150 for 7.

In reply, Zimbabwe lost wickets in a heap to find themselves in the dumps at 35 for 4 in the sixth over.

Sean Williams conjured up a magnificent 42-ball 64-run innings to revive the chase, but he was dismissed in the 19th over, leaving Zimbabwe to get 16 in the last six balls. 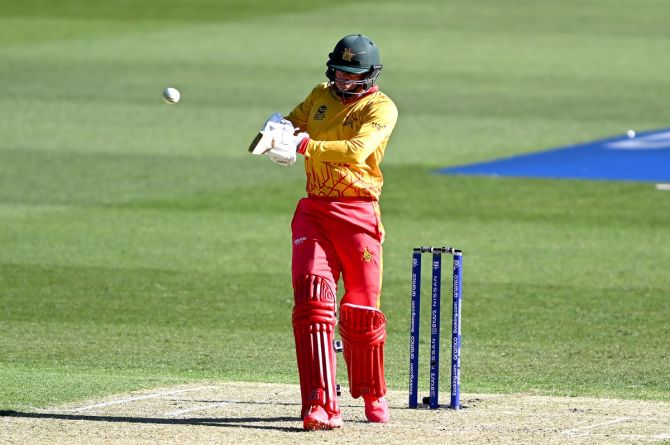 Mosaddek Hossain then bowled the most important over of his career as he dismissed Brad Evans (2) off the second ball but Richard Ngarava slammed him for a four and a six in the next two balls to keep Zimbabwe in the hunt.

Hossain, however, had Ngarava stumped off the next delivery as Zimbabwe needed five off the last ball.

New batter Blessing Muzarabani was then stumped as the players celebrated and returned to their dugouts at the Gabba.

The umpires called it a no-ball as wicketkeeper Hasan had collected the ball in front of the stumps, giving hope to the Zimbabwe fans. 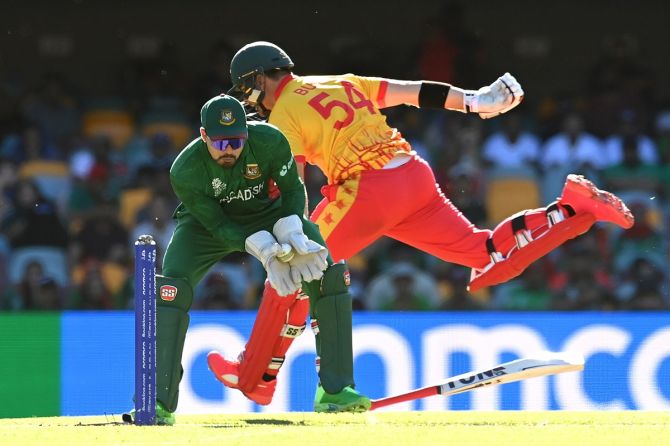 However, it was not to be as Hossain showed great nerves and slipped a fullish delivery which Muzarabani couldn’t connect yet again.

Zimbabwe ended their innings at 147 for 8.

Taskin Ahmed was Bangladesh’s most successful bowler with three wickets for 19 runs in fours overs, which included a maiden.

It was Bangladesh’s second win in the tournament following their 104-run loss to South Africa, while Zimbabwe suffered their first loss in the super 12 stage.

Bangladesh (4) are now in the second spot in the points table with two more games to go, while Zimbabwe (3) find themselves in fourth position.

Shanto, who survived a run-out scare, smashed seven fours and one maximum in his 55-ball 71-run knock. 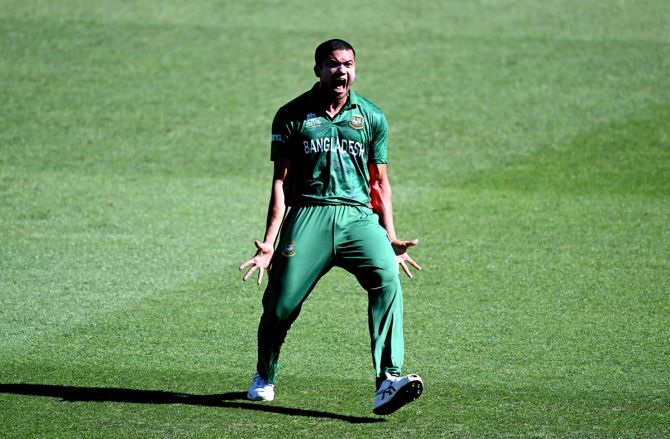 Zimbabwe had an awful day on the field, guilty of miss-fielding, missing run-out chances and dropping catches.

Opting to bat, Bangladesh were reduced to 32 for 2 in the powerplay, as pacer Blessing Muzarabani claimed the wickets of Soumya Sarkar (0) and Litton Das (14 off 12) in his opening spell.

Shanto and Shakib then rebuilt the innings with a 54-run stand that came off 44 balls. The duo punished the bowlers whenever they bowled short or too full and Zimbabwe’s fielders also looked sloppy as Bangladesh found the boundaries easily. 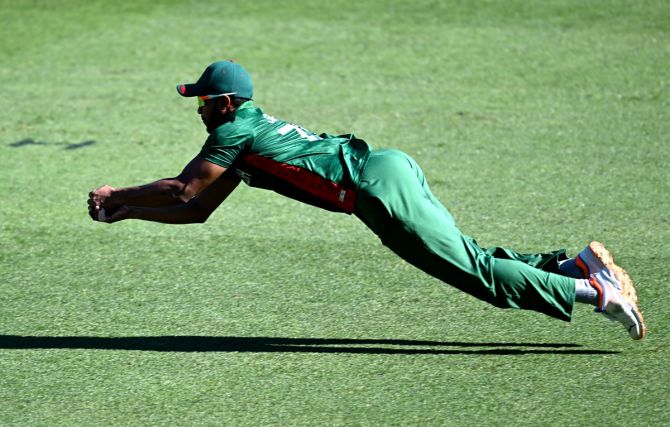 Zimbabwe took a gamble by introducing left-arm spinner Sean Williams into the attack and it paid off as he got rid of Shakib, who top-edged a slog-sweep and was caught by a diving Muzarabani.

Shanto, however, continued to dominate and completed his fifty in the 13th over with a single.

He sent Brad Evans on a leather hunt, clobbering him over long-on for the first six of the innings, before picking up two more fours to accumulate 17 runs in the 16th over.

It was Sikandar Raza, who got rid off Shanto, skipper Craig Ervine taking the catch.

While Richard Ngarava bowled a tight next over, Afif was dropped by Evans at deep mid-wicket in the 19th over off Sikandar Raza. The batter made good use of the chance, producing a big slog-sweep for a six as 12 runs came of the over.