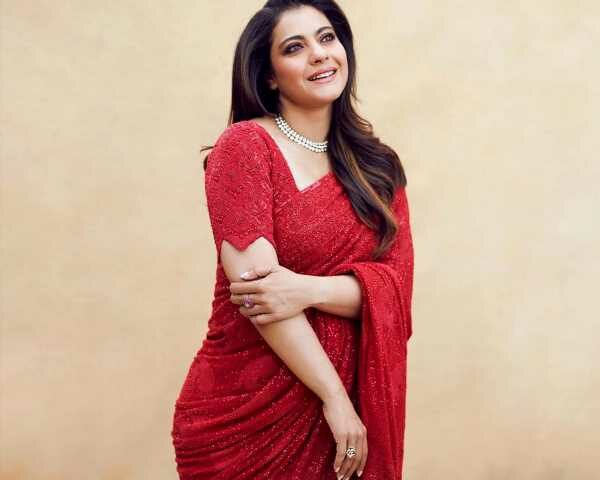 ‘One thing I did take back from the film was that I will not let my fears rule my children’s lives.’
‘Restricting my children because of my fears will not happen in my life.’

Who does not love Kajol?

Over the past three decades, she has built an envious body of work and a reputation as one of the most versatile actresses in Bollywood.

Even after completing 30 years in the business, she remains game to new challenges.

But the challenges for Salaam Venky were different.

“I had decided I would not do this film. Then I said to myself that if I let my fear stop me from doing this film, I would regret it for the rest of my life,” Kajol tells Rediff.com Contributor Mohnish Singh. 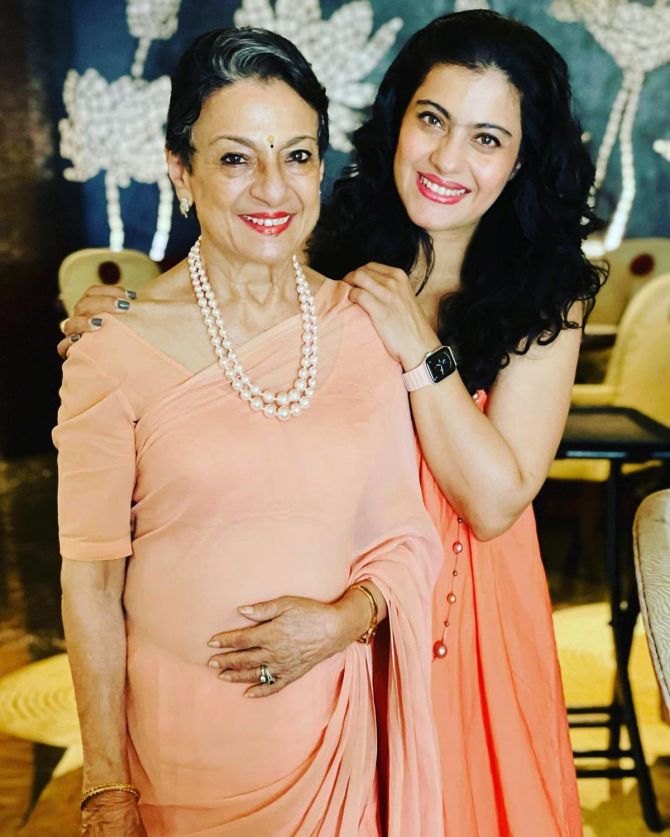 Your co-star Vishal Jethwa said your career is older than his age. It has been 30 years since you have been in this industry and you are still rocking.

I am very, very, grateful.

I have said this before as well, but let me say it again.

My mother started working when she was six-seven years old. I think her first film was with my grandmother.

She is 79 years and has been working for about 73 years.

So if you look at it from that angle, I am still a child.

Yes, my career might be a little older than Vishal, but I still think I have a long way to go.

I think Revathi ma’am has been working for 40 years now, so we all add up to some 70 years (laughs). 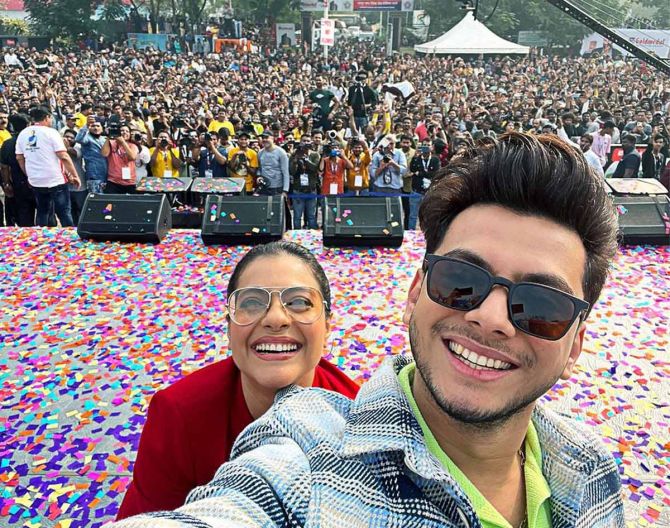 What was your reaction when you read the script of Salaam Venky?

I had decided I would not do this film.

When I read the concept, I spoke to Revathi ma’am.

I respect her so much. I genuinely think she is one of the most fabulous actors in our country. I think she is amazing.

When I called her, I was like, ‘Ma’am, I deeply respect you. I feel that you will make a wonderful film, but I am not doing your film.’

I said, ‘You know, ma’am, I would love to meet you. I would love to hear the script because I want to know what you are working on, but I am not going to be in this film.’

She sweetly came to the office and narrated the script to me.

I had seen her film as a director, Phir Milenge.

At that point, I had thought, ‘Oh my God! What a fabulously balanced film it is.’

It was a very well-balanced film, according to me.

It was sensitively and nicely put together. It starred Salman Khan and Shilpa Shetty and I was surprised to see them.

I thought to myself at that time that if I ever got a chance to work with her, I would jump at it

So when she came to my office and narrated the story, I asked her to give me a day.

Normally, when you read a script as an actor, you feel you can change this or that. Or you say, ‘I didn’t like this.’

You can give your two bits and say that there is something that is missing or whatever.

But it was such a well-written script.

The dialogues were fabulous, and my character was amazing.

I was still hesitating because it was a subject of a mother and a son and something happening to the son.

As a mother, I don’t want to do films where I have to pretend that something has happened to my child.

I don’t feel comfortable doing them.

I will not do films where I have to get molested.

I don’t feel comfortable as a person.

I think if want to showcase my acting skills, I will do so using a different topic.

But when I went back and thought about Salaam Venky, I felt I really loved the script.

I loved her as a director and I knew what kind of movies she makes.

I said to myself that if I let my fear stop me from doing this film, I would regret it for the rest of my life. And I would not let myself do that.

I will not let my fear control my actions. 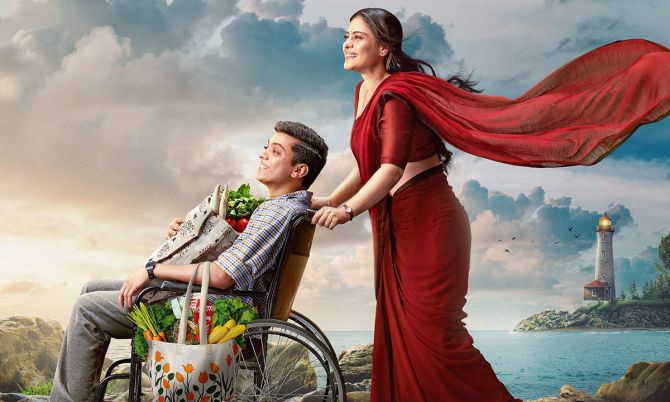 Did you interact with Sujata, the real Venky’s mother?

Yes. It was not a difficult conversation as much as it was an intimidating conversation because when you meet her, there is this simplicity about her.

She is a simple woman with this amazing clarity that I will do whatever I can, but I will definitely try (to save my son).

Whether we succeed at it or not is a different thing, but her relationship with her son was the most amazing relationship because they only had each other. She had to be brave because she wanted him to be brave.

She only had one goal in her life that whatever he wants, she will give him.

He loved to play chess. His dream was to play with Viswanathan Anand.

His idol was Arnold Schwarzenegger because he was in a wheelchair. 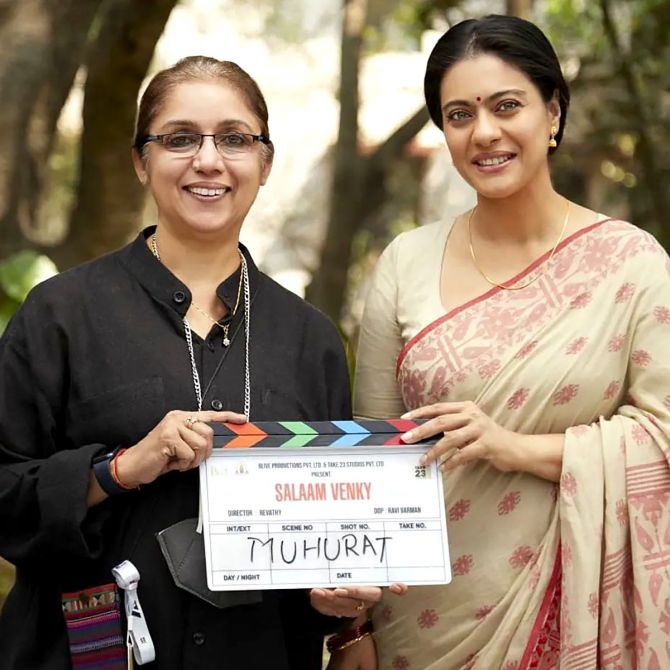 What do you take back from this film?

There is a lot in the film.

You are standing there and seeing your child on the bed, and you know that he has little time left and when you come to know that, I don’t know, something happens in our brain, a switch flips.

One thing that I did take back from the film was that I will not let my fears rule my children’s lives.

Restricting my children because of my fears will not happen in my life.

I think this is one of the greatest lessons.

The story of Venky and Sujata is inspiring not because of what they did, but what they did without wanting to show everybody.

This wasn’t done to showcase somebody.

This is just their story, that’s it.

It’s about living in the moment.

It’s about making those 25 years count.

Don’t Miss Part 2 Of This Interview 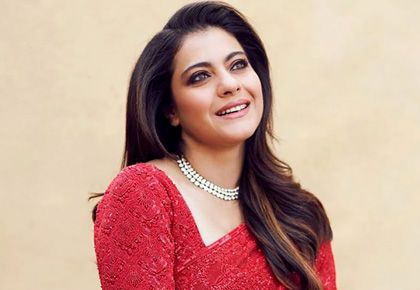