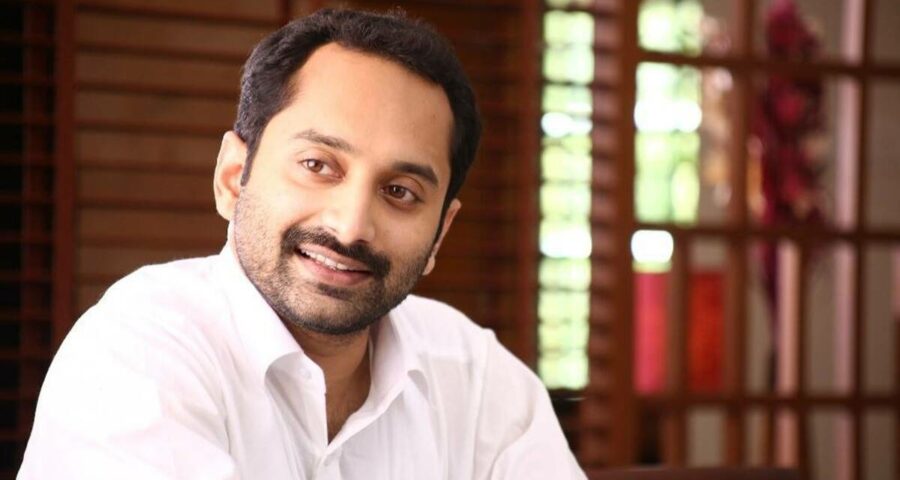 In a long note on his Facebook page, Fahadh Faasil said the decision to skip the theatrical route for Malik wasn't an easy one as it was the only film "I had ready when theatres would open to 100%." 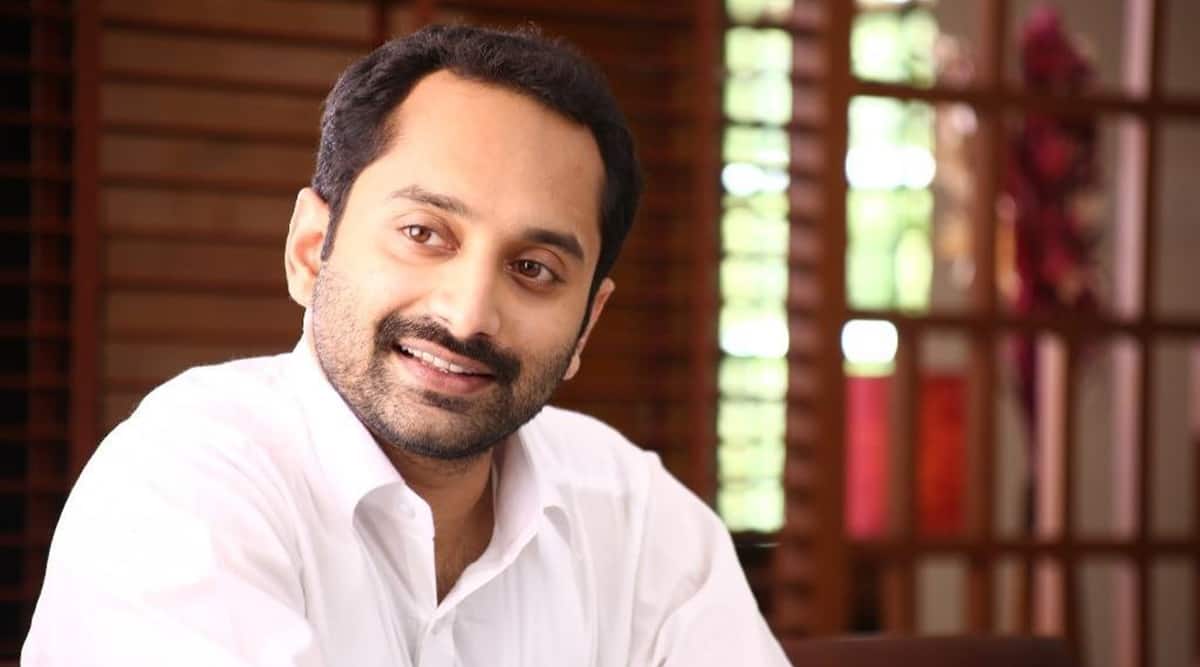 Malayalam actor Fahadh Faasil on Wednesday opened up about the team’s decision to bypass the theatrical route for the upcoming “ambitious” project Malik. He said that though the film was made for the big screen experience, current circumstances due to the pandemic left the team with little choice.

Fahadh’s statement comes days after producer Anto Joseph announced that Malik would premiere on a streaming platform. In a long note on his Facebook page, Fahadh said the decision to skip the theatrical route hasn’t been an easy one to make as Malik was the only film “I had ready when theatres would open to 100%.”

The note read, “With a heavy heart, the director, the producer, all the technicians and rest of us cast have opted for an OTT release for our very ambitious project, Malik. Each and everyone associated with Malik has put in over a years time to bring this project together. Unlike my recent OTT releases which were planned for home viewing right from the beginning, Malik was designed for a theatrical experience and it was the only film I had ready when theatres would open to 100%. The decision has been collective and I personally request everyone to see it in the best interest of the film. In all honesty I cannot wait for the theatres to regain normalcy but today every individual is fighting to regain normalcy in their respective space. At this point all that I can take responsibility is for an absolute fresh theatrical experience when I see you all in theatres next.”

Malik’s digital release comes in the wake of Fahadh’s other OTT releases including C U Soon, Irul and Joji. The difference, however, is they were made keeping in mind a direct-to-OTT release.

Besides Malik, Fahadh Faasil also spoke in detail about his injury sustained on the sets of Malayankunju earlier this year that has left him with “three evident stitch marks on my nose.” The actor said that his “lockdown” began way before it did for the rest of the country as he had been undergoing recovery since March 2.

“This may not be an appropriate time to write midst a life threatening pandemic. Let me begin with the hope that all of us are fighting things the best way we can, now and ahead. I was also under going recovery from my accident I had during Malayankunju. So, in my calendar the lock down started from March 2. My doctors said it was ‘Close’. As a defence mechanism my hands touched the ground before my face, which in 80% of the cases victims fail to do because of the trauma and depth of the fall. I was lucky I didn’t loose my presence of mind, my doctor added. There again, I was lucky with life for the Nth time,” Fahadh said.

Among the several aspects of his professional and personal life that he addressed in the note, the one aspect that has left everyone surprised is his willingness to open up about his relationship with wife Nazriya Nazim. Fahadh has until now remained fiercely private about his marital life. The only glimpse of his relationship with Nazriya that fans get is courtesy her Instagram posts.

Fahadh began by sharing how he fell “head over heels” for Nazriya when they worked together for the first time in director Anjali Menon’s 2014 film Bangalore Days, in which they, interestingly, played a married couple.

“7 years of Bangalore days bring back so many good memories. Falling head over heels for Nazriya, beginning of my journey with her. I asked her out over a handwritten letter and slipped a ring along. She didn’t say yes. But she didn’t say NO either!! I shot Bangalore days along with two other films. It’s just suicidal to shoot three films at a time. I used to look forward to return to shoot Bangalore days,” the actor mentioned in the note. Fahadh revealed he kept “fluctuating”, and it was Nazriya’s perseverance that finally brought them together. “I loved being around Nazriya. But my thoughts were random. I don’t know if it sounds well now, but at that point, there was a lot Nazriya had to give up choosing me. It absolutely worried me and I kept fluctuating. It’s just when I thought it was all going to be over because I am not strong enough she said, ‘Hello, method actor, who do you think you are? It’s just one simple life. pack your bags with everyone and everything you need.’” 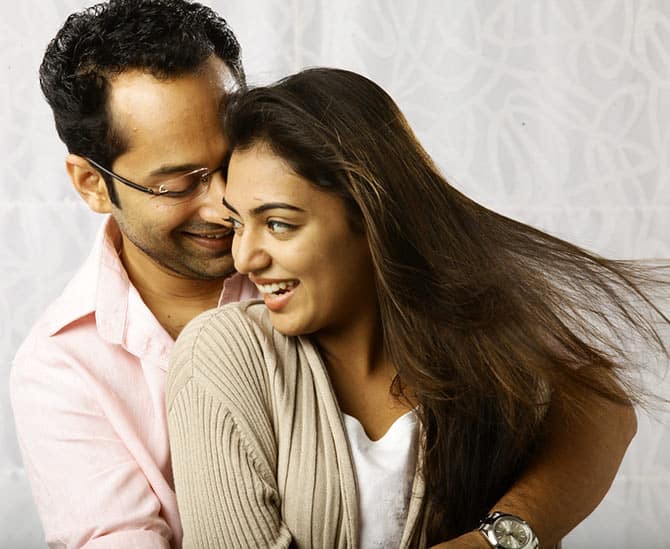 The couple has now been married for seven years. They recently shared screen space in the acclaimed 2020 film Trance. They have also been producing partners on Kumblangi Nights (2019) and C U Soon (2020), both starring Fahadh. The actor said him and Nazriya are a couple, who “work together and spoil each other.” “Even now when I leave the TV remote in the bathroom, she asks with the same conviction, ‘Who do you think you are?’ 7 years of Bangalore days have given me a bit more than what I deserve. We work together. We spoil each other. We back each other. We are a team no matter what.”

Fahadh Faasil also believes all the good things in his life are courtesy Nazriya Nazim. “Pretty much all my small achievements are after I started sharing my life with Nazriya. I know for sure I didn’t do any of this alone. I wonder what my life would have been if Nazriya didn’t feel strong about us.”

As he opened up about his past, Fahadh also drifted towards a difficult time in his life — after the release of his debut film Kaiyethum Doorath in 2002 — when he was written off owing to the film’s poor performance and went to the US to pursue philosophy.

“I have discussed my engineering college dropout story earlier in a couple of my interviews. In America, you cannot shift majors after first two years of school or else it meant your financial aid being withdrawn. So after my second year, my advisor called me in for a counselling session as my grades were falling crazy. During the session, I somehow gathered courage to admit that I am a failed actor/individual who has been running away from my own and measurements is the last thing I want to do with my life. My advisor took the initiative to write to my dean and I was shifted to the arts school. Six years in America and when I returned home without a degree, the only thing I felt good about was the fact that, since I don’t have a degree I could start anywhere,” Fahadh said.

Towards the end, the Joji star wrote that all the professional and personal conflicts in his life have somehow always marked the beginning of something novel and life-changing. And hence, he believed the challenging time that the country was witnessing due to the coronavirus pandemic would also lead to a brighter dawn, eventually.

“As a child who fancied stories then and as a storyteller now, I was and am excited about how a story ends. All these instances at some point looked like an ending to the story I was living. But then it has not ended yet. I have come out of it with scars and stars. All endings are beautiful beginnings to another story. Sometimes your own or you are a part of someone else’s story. But remember we all have a part to play. This indeed is a difficult time for all of us. This too will soon end for a new beginning,” the actor concluded.