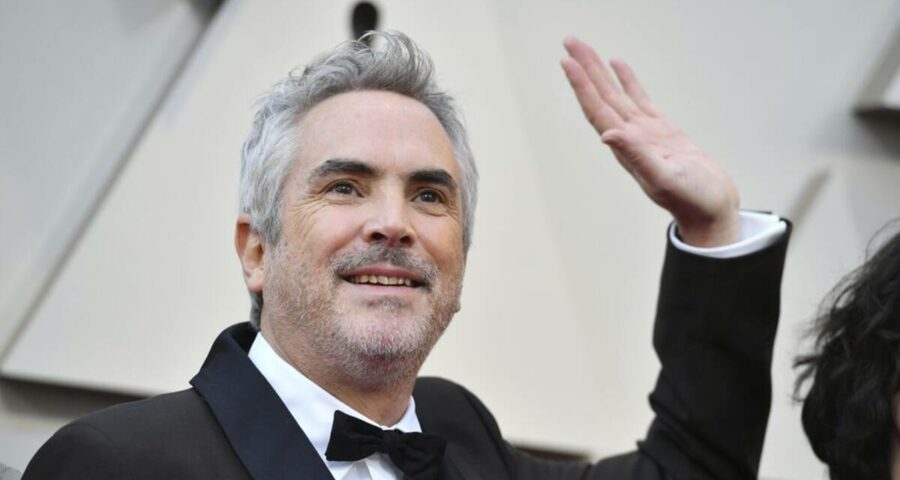 Alfonso Cuaron, equally at ease while mapping his birth country Mexico in films such as Roma and Y Tu Mama Tambien as in big-budget Hollywood productions Gravity and Harry Potter and the Prisoner of Azkaban, has turned executive producer for Tamhane's The Disciple. Be it the biographical Roma or road movie Y Tu Mama Tambien, it is impossible to be in a venture that does not come from a personal space, says Oscar winning director Alfonso Cuaron who has collaborated with India’s Chaitanya Tamhane’s for his film The Disciple.

The director said he wished he could make movies for “a job or for commercial reasons” but he does not know how to do that.

“I guess every filmmaker has a different approach but I cannot do anything that I don’t feel personal (about),” Cuaron told PTI in a Zoom interview from London.

“It can be a biographical work like ‘Roma or a road movie like Y Tu… but they have to be part of the personal journey that I’m concerned (about), intrigued, or going through. Because, ultimately, that’s the thing that carries everything and if it doesn’t come from a very personal place, then that film is hollow,” the 59-year-old said.

The director, equally at ease while mapping his birth country Mexico in films such as Roma and Y Tu Mama Tambien as in big-budget Hollywood productions Gravity and Harry Potter and the Prisoner of Azkaban, has turned executive producer for Tamhane’s The Disciple.

The nature of the project may vary but it’s not possible for artists to separate their art from being personal, said Cuaron, who sat down for an interview with Tamhane to promote the film ahead of its release on Netflix on April 30.

“… I can do, maybe, a public announcement or a public spot if I believe in it, but then I have been involved in that stuff. But doing all the stuff just for the sake of it, for technological or technical aspect or just to practice, I can’t. Some people can. I envy them. I can’t,” he added.

“Ultimately, I think it doesn’t matter which filmmaker you are or what kind of filmmaker you are, you can do extreme kind of sophisticated art film or do the most outrageous commercials superhero film, the artist is terrified the moment his work is going to be exposed to a bunch of people,” he said.

Cuaron was busy working on Roma, his most personal project, when he met Tamhane, a young director who had earned critical acclaim internationally with his very first film Court through the Rolex Mentor & Protégé Arts Initiative for 2016–17.

The mentor-protege relationship soon evolved into friendship and mutual admiration. That’s when Cuaron got to know about the idea that Tamhane wanted to turn into his next film. He not only encouraged the young director but decided to lend his heft as an executive producer.

The director said he liked Tamhane, 34, but his work even better.

“I’ve been a big fan of Chaitanya ever since I saw Court. I am a very big fan and I really admire his cinema. And I have to say that Court was very influential and then when we met, we became friends and collaborators. I was so excited about it (turning EP) because as he followed my process with Roma, I was following his process with The Disciple, and having conversations so it is something that happened kind of organically. I was just so happy to be part of it and so thankful for Chaitanya for considering me,” he added.

Cuaron said he could not believe that Court, a Kafkaesque take on the Indian legal system, was Tamhane’s first film as a director.

“I was told it was his first film, and I could not believe that. There was something so assured and so courageous. I find his choices very courageous and also what I love the most, and admire the most is the mysterious.”

Cuaron said he can figure out most kinds of cinema, can see where the stories are going and how it is done.

“It doesn’t take away my admiration and my love and my excitement for those films. But the films that really resonate with me are the ones in which it’s a mystery. I don’t even think of how they’re done. And that happened to me when I saw Court for the first time. The Disciple is another one just like that,” he added.

Set in contemporary Mumbai, the Marathi film encapsulates the journey of Sharad Nerulkar (actor-musician Aditya Modak), who diligently follows the traditions and discipline of the old masters – his guru and his father — and devotes his life to becoming an Indian classical music vocalist. However, as the years go by, Sharad starts to wonder whether it’s really possible to achieve the excellence he’s striving for.

“It’s grounded in humanity, in the beautiful acceptance of your life and your life after you stop following expectations that probably weren’t your expectations, but your parents’ expectations, and you become blinded to life,” Cuaron said about The Disciple.

No matter how successful a life, there is always going to be some sadness about “that other thing that you were not”, Cuaron said.

“No matter what, there’s always going to be the little siren that reminds you of something that you are not and that’s part of our human journey,” he added.

Cuaron said he hopes that film is embraced in India as it has been in the rest of the world.

“Before seeing the film there was a concern about the Indian classical music but then it became a virtue because the film is about a human experience and about universal themes. People have new access to this music and renewed interest in the world of this music. So I want to believe that in India, it is going to be even greater and more powerful,” the director added.