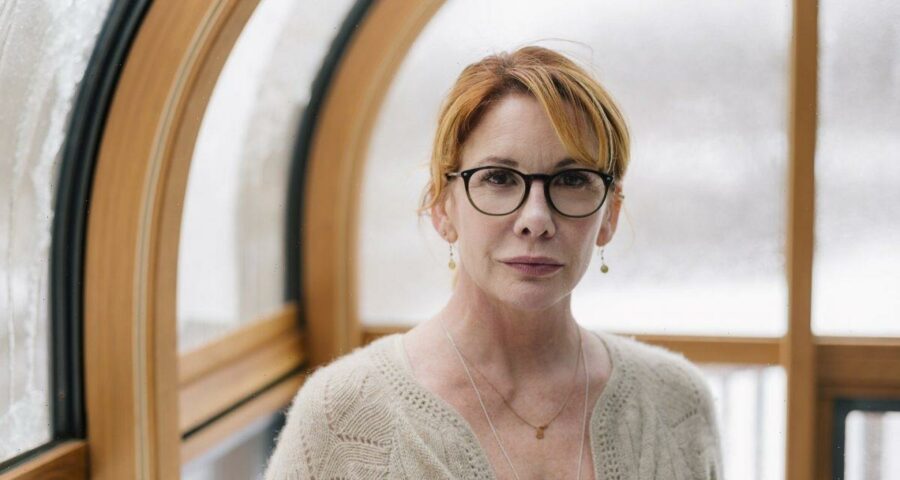 Little House on the Prairie star Melissa Gilbert started going to therapy with her second husband, Bruce Boxleitner, when they went through a difficult patch in their marriage. All of a sudden, Gilbert began shutting down and she and Boxleitner stopped communicating. So they sought the help of a therapist to work through their issues. Along the way, Gilbert made some pretty big revelations about herself.

Melissa Gilbert was ‘stuck in a pattern’

In therapy, Gilbert realized there had been a common thread throughout the entirety of her life.

“I was stuck in a pattern,” she wrote in her 2009 memoir, Prairie Tale. “I was always somebody’s girl. After my father passed away, it was Michael Landon, then Rob, then Alan, then Bo, and then Bruce. I was like the little bird in the children’s book Are You My Mother? Except my story was titled ‘Are You My Father?’ I cozied up to a new daddy-substitute anytime I felt alone.”

Additionally, Gilbert realized she was “desperately trying to prove myself to be lovable.”

“My need to be loved and cherished was driving me to go out of my way to show people how ‘special’ I was,” she wrote. “I was the first to arrive during a crisis and the last to leave. If an acquaintance wanted to go toy shopping for their kid, I would get them a personal shopper at FAO Schwarz. I overextended myself and my family: Love me, love me, love me…aren’t I lovable…I’ll do whatever it takes.”

Melissa Gilbert realized being adopted affected her as an adult

“I wouldn’t realize until later, after I got sober the last time, that much of my behavior was subconsciously influenced by efforts to fill a deep, psychic hole that went straight to the core of my being,” she wrote.

Gilbert was adopted shortly after she was born. In her 20s, she met her birth father and was “terribly disappointed” by the experience.

“Unlike my kids, who had been handed to me as soon as possible after birth, who were immediately welcomed into this world by my voice and my loving face, I arrived quite differently: I didn’t belong to anyone when I was born,” she shared. “For the first twenty-four hours of my life, I didn’t have a name. Strangers passed me back and forth. As silly and clichéd as it sounds, I carried around the idea that my own mother, for whatever reasons, didn’t want me. I’d be lying if I said it didn’t torment me. If your own mother doesn’t want you, who is going to want you?”

Therapy helped. Discovering why she was the way she was helped Gilbert start to heal her wounds. But something else aided in the Laura Ingalls actor’s healing journey. Her friend, Christina Carlisi, who’d played her best friend in The Soul Collector, adopted a baby. Watching her friend go through the process helped Gilbert to see things from a different perspective.

“That may have been the catalyst that would later allow me to heal a bit and reconsider my own birth mother’s decision to give me away,” she wrote. “Maybe she had wanted me to have a better life than she could have provided.”