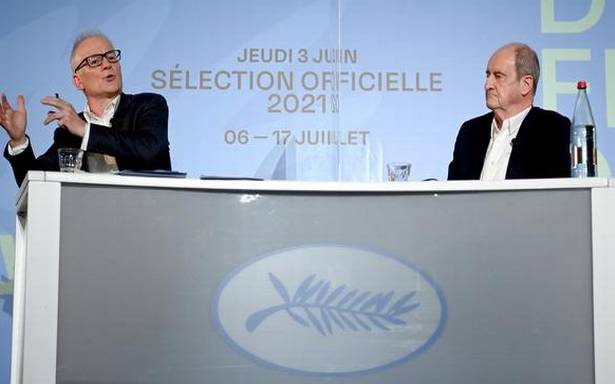 Heavy hitters such as Italy’s Nanni Moretti, who won in 2001, returns with ‘Tre Piani’, while a handful of young directors will be in the official selection for the first time

Wes Anderson’s “The French Dispatch” and Sean Penn’s latest outing will be among movies vying for the top award at the Cannes Film Festival in July, as the cinema showcase plots a red carpet revival and coronavirus restrictions ease up.

The world’s biggest film festival, usually held in May on France’s southern coast, was cancelled last year due to the pandemic, and postponed to July this year, when it hopes to be able to welcome travellers.

American filmmaker Wes Anderson, known for “The Royal Tenenbaums” and “The Grand Budapest Hotel”, will present his long-delayed “The French Dispatch”, about a fictional U.S.newspaper office in France starring Bill Murray and Tilda Swinton.

“Flag Day”, a drama directed by Sean Penn, will also among the 24 films competing for the Palme d’Or, organizers said.

Heavy hitters such as Italy’s Nanni Moretti, who won in 2001, returns with “Tre Piani”, while a handful of young directors will be in the official selection for the first time.

French moviemakers will make up a large part of the competition, though international films, from Japan, Iran and Hungary, will also be in contention.

Evening curfew measures will have been lifted by then in France, although travellers may still face quarantine measures, including those from Britain.

Festival director Thierry Fremaux said there would be parties and dinners, as well as events to give holiday makers on the Cote d’Azur a chance to enjoy the event, such as screenings on the beach.

COVID-19 precautions will still be in force, however.

“We won’t be kissing at the top of the (red carpet) steps,” Fremaux said.

Oscar-winner Jodie Foster, who first walked the red carpet at Cannes as a 13-year-old when she starred in “Taxi Driver”, will be presented with an honorary Palme d’Or.