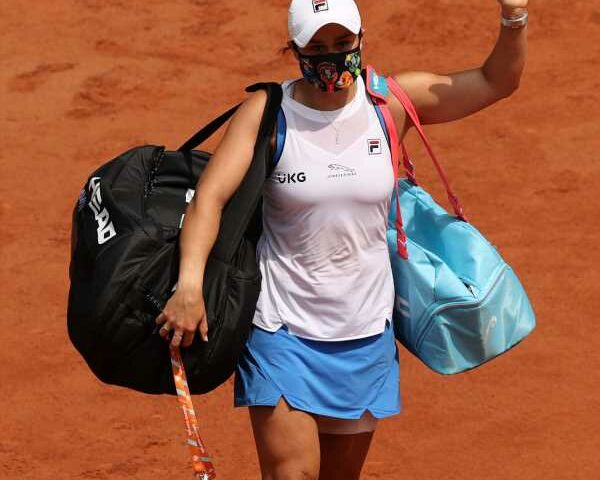 Images from Day 5 of the 2021 French Open in Paris on Thursday. 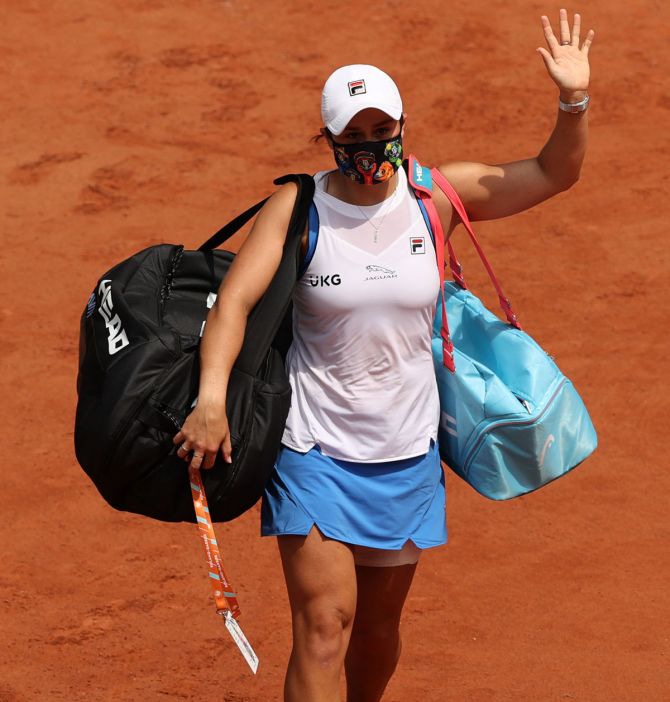 Women’s world number one Ash Barty of Australia retired from her second round match against Poland’s Magda Linette at the French Open on Thursday with an injury.

The 2019 champion, who was trailing 6-1, 2-2 against Linette, started the second-round match with taping on her left thigh, having said earlier that she suffered a flare-up through her left hip during the weekend.

The 25-year-old’s return to Roland Garros ended in disappointment after she opted to not defend her title last year amid the COVID-19 pandemic.

Barty had faced problems with her movement on court on Tuesday during the opening round against Bernarda Pera but her physical condition improved against the American after receiving medical attention before the deciding set.

The top-seeded Australian called the trainer on court once again on Thursday after the first set, which she lost in just 27 minutes, hoping to be able to play on after receiving help.

Barty returned to Philippe Chatrier court after the medical timeout and played four more games before deciding she could no longer continue. 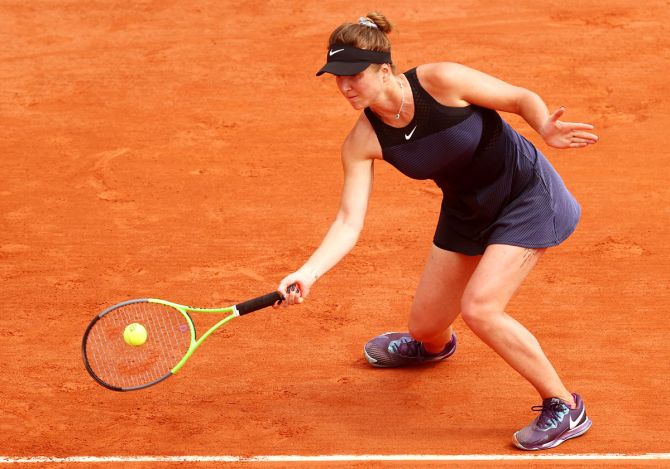 World number six Elina Svitolina wasted little time in advancing to the third round of the French Open with a 6-0, 6-4 demolition of American Ann Li on Thursday.

Svitolina, seeking her maiden Grand Slam title, stormed out of the blocks to break Li’s serve in the opening game before dictating play from the baseline to consolidate her lead.

World number 75 Li struggled to create opportunities to break the 26-year-old Ukrainian, who won 12 of her 14 first-serve points to claim an opening-set bagel in just 29 minutes on Court Suzanne-Lenglen.

Li got on the scoreboard early in the second set and opened up a surprise 3-0 lead with a string of blistering forehands.

But Svitolina soon found another gear as she reeled off five straight games to book a place in the third round in an hour and 14 minutes. 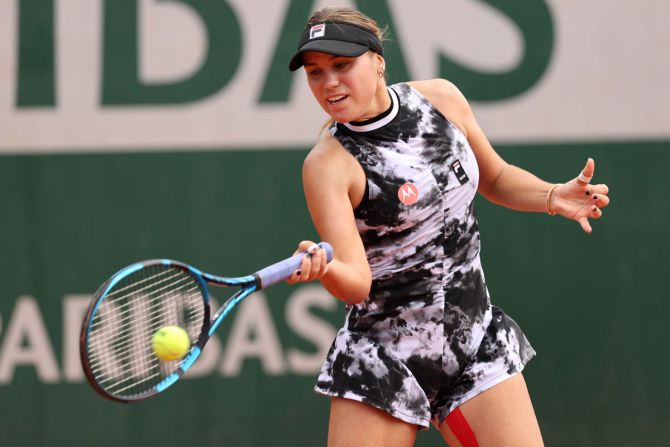 Last year’s runner-up Sofia Kenin eased into the third round of the French Open with a 7-5, 6-3 victory over fellow American Hailey Baptiste on Thursday as her claycourt form continued to improve.

The fourth seed, who has been struggling this season, notably losing all of her three matches on clay before Roland Garros, will next face another American, 28th seed Jessica Pegula.

Kenin made 18 unforced errors in an unconvincing first-set display but broke decisively in the 11th game as she bagged seven games in a row to open up a 4-0 lead in the second.

The 2020 Australian Open champion, however, suffered a dip in concentration and allowed her opponent to win three consecutive games before regaining her composure to wrap it up in straight sets on Court 14.