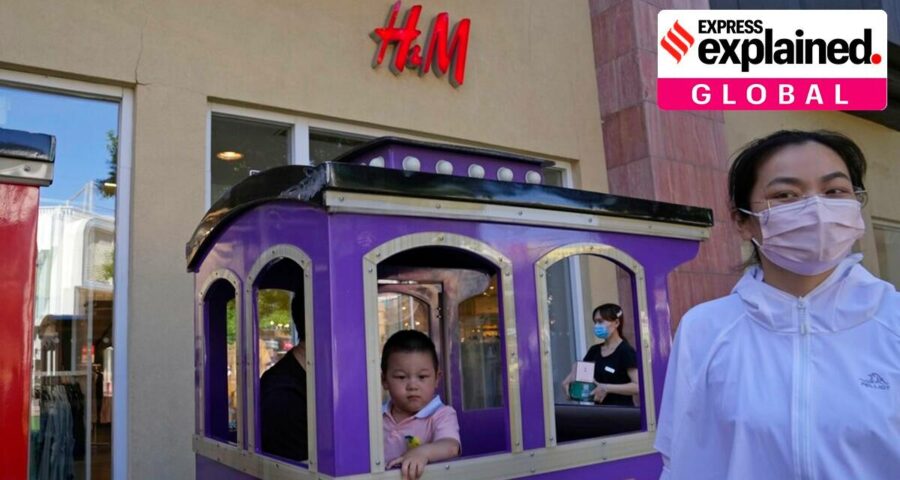 The Chinese government launched its campaign against these brands just days after the US and other Western countries imposed fresh sanctions against Beijing for carrying out serious human rights violations against Uighur Muslim minority in Xinjiang. Amid ongoing calls across China to boycott Western fashion retailers, the Chinese government is now accusing popular brands like Nike, H&M and Zara of selling substandard products that are potentially hazardous for children.

In a notice published on its website, China’s General Administration of Customs (GAC) listed over 80 batches of children’s items imported over the last one year that were flagged for not meeting the country’s quality and safety standards.

China’s custom department’s announcement comes months after several Western nations, including the United States, imposed sanctions on products coming from the East Asian nation. Over the last few months, the country has witnessed widespread anger against Western brands, after several of them expressed concerns over allegations of forced labour and human rights violations by Chinese authorities in the contentious Xinjiang region.

What has China’s General Administration of Customs said in its latest notice?

In its notice, China’s General Administration of Customs listed out children’s products, including toys, shoes, clothes, toothbrushes and baby bottles, that were flagged during examinations between June 2020 and May 2021.

According to customs, nine batches of cotton dresses for girls by the clothing brand H&M were found to contain what they identified as harmful dyes and other substances that could potentially be ingested or absorbed through skin. A batch of Nike cotton knit shirts for boys as well as children’s pyjamas and cotton shorts from Zara were found to contain similar harmful chemicals and dyes, the notice stated. Several clothing items exported by Ralph Lauren, Gap and Uniqlo were also flagged. Danish toy manufacturer LEGO was further mentioned in the list for batches of projectile toys that were marked as hazardous by authorities. Officials told South China Morning Post that the products listed in their notice have since been confiscated, destroyed or returned to manufacturers.

Since the notice was released, Chinese social media platforms have been abuzz with criticism of the Western brands named in the GAC’s list.

Is this the first time China has targeted foreign fashion retailers?

No. Earlier this year, China started targeting foreign retailers when the list of western brands expressing concerns about the situation in the cotton-growing Xinjiang region grew longer. Several Chinese celebrities cancelled brand partnerships with foreign-owned clothing brands, including H&M and Nike, over the allegations.

The controversy first arose in March when the ruling Communist Party’s youth wing, the Communist Youth League, shared an old statement from H&M on the Chinese social networking platform Weibo, in which the company said it was “deeply concerned” following reports of forced labour in the production of cotton in Xinjiang. In the post, which was shared in September last year, the company stated that it would stop buying cotton from growers in the region.

“Spreading rumours to boycott Xinjiang cotton while trying to make a profit in China? Wishful thinking!” the Communist Youth League wrote on Weibo. Initially, H&M and Nike were China’s main targets, but the list has since grown to include Burberry, Converse, and Adidas among other brands.

Since then, the websites of several of these clothing brands have been banned in China and their physical stores have disappeared from digital maps.

What were the sanctions imposed by the US and other western countries?

The Chinese government launched its campaign against these brands just days after the US and other Western countries imposed fresh sanctions. The sanctions were imposed by the European Union, the United Kingdom, the United States and Canada and were meant to punish the country for carrying out serious human rights violations against Uighur Muslim minority in Xinjiang. China has consistently denied these claims. 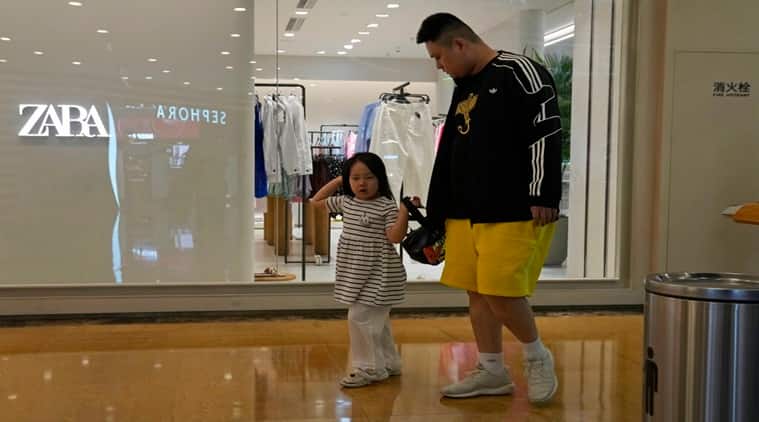 As per media reports, Chinese authorities have detained Uighurs at camps in Xinjiang, where they allegedly face torture, forced labour and sexual abuse.

China responded by imposing its own sanctions on British organisations and individuals, claiming that their allegations were “based on nothing but lies and disinformation”.