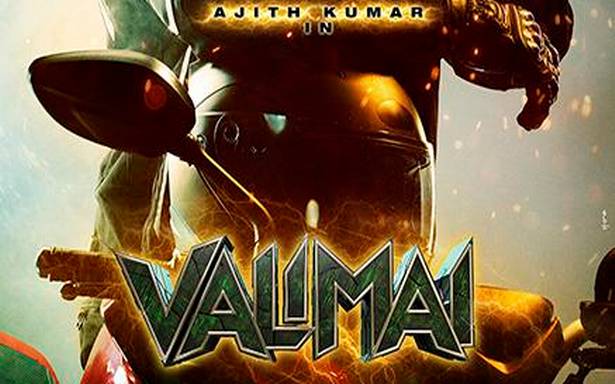 Finally, the makers of Valimai, starring Ajith Kumar, directed by H. Vinoth and produced by Boney Kapoor, released the much-awaited first look of the film on Sunday. The film is likely to be released before the end of 2021.

While most movies of Mr. Ajith, who is one of the three biggest stars of Tamil cinema along with actors Rajinikanth and Vijay, release with great hype and fanfare, Valimai has curiously caught the fans’ attention much more than his previous films, possibly because of his collaboration with Mr. Vinoth, whose Sathuranga Vettai and Theeran Adhigaram Ondru, were critically acclaimed hits.

The filming began sometime in the second half of 2019, and was unexpectedly delayed due to the pandemic. The impatient fans of the actor, who were routinely asking for the first look of the film, took it so far that they began holding placards seeking ‘Valimai updates’ from Prime Minister Narendra Modi when his convoy passed by during his visit to Tamil Nadu during the election season.

Former Tamil Nadu Chief Minister Edappadi K. Palaniswami, who was campaigning for the State Assembly election, and England cricketer Moeen Ali, who was in Chennai to play a test match, were also not spared by Ajith fans. At a certain point, the Tamil social-media-verse began having a good laugh at the whole phenomenon that every celebrity had to field questions about ‘Valimai updates’.

After such incidents became widely noticed, Mr. Ajith released a statement asking his fans to maintain dignity and discipline in public. In February 2021, he said in a statement: “Updates on Valimai will be decided by me in consultation with the film’s producer. Until then, please be patient. Films are entertainment for you. It is my profession. The decisions I take are related to my profession and society. Only our actions will increase our worth and respect in the society.”

The second wave of COVID-19 further delayed the first look, which was scheduled to released on May 1, the actor’s birthday.

Mr. Ajith and Mr. Vinoth had earlier collaborated on Nerkonda Paarvai, a remake of the Hindi film Pink.