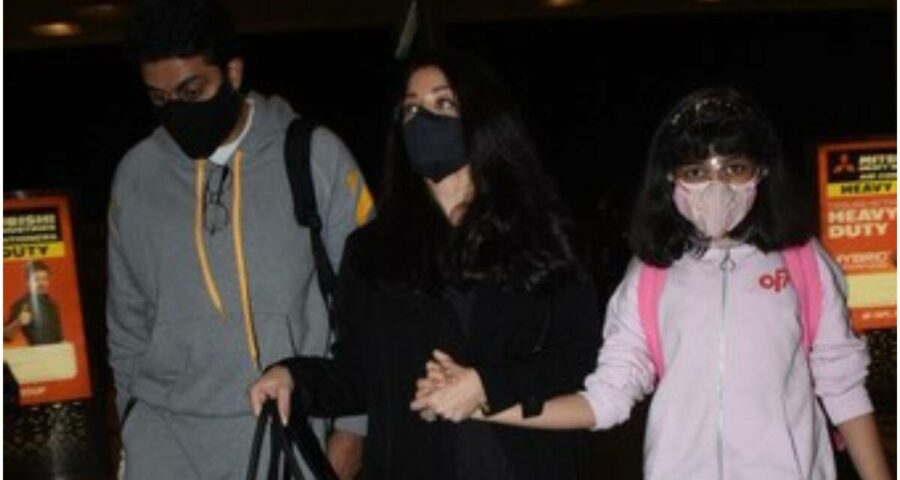 After wrapping up Mani Ratnam's Ponniyin Selvan, Aishwarya Rai along with husband Abhishek Bachchan and daughter Aaradhya leave for France. 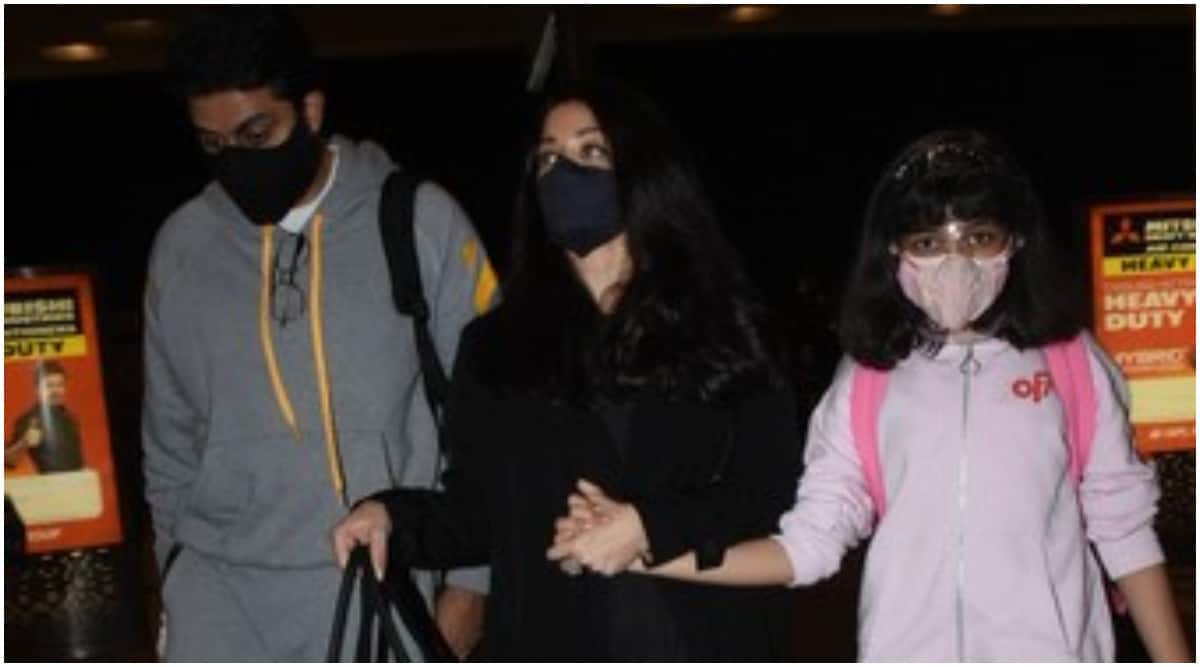 Aishwarya Rai, Abhishek Bachchan and their daughter Aaradhya have taken off for an international trip. The trio was spotted at the Mumbai International Airport early on Saturday morning.

As soon as they reached the airport, they were escorted in the VIP lounge and were photographed by the paparazzi stationed there. The power couple, along with their daughter, followed all Covid-19 norms as they donned masks, Aaradhya even wore a face shield. 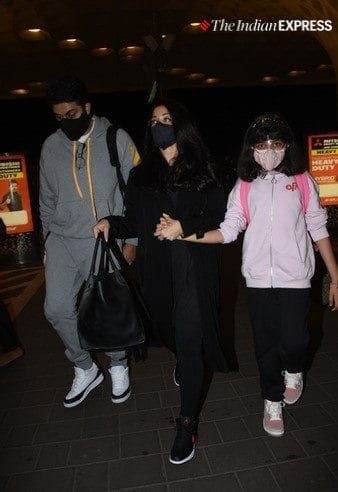 Abhishek recently had a hand injury on the sets of one of the films he was shooting in Madhya Pradesh. A few weeks ago Aishwarya wrapped up the shooting Mani Ratnam’s Ponniyin Selvan. She had also shared the poster of the film on her Instagram handle. The starstudded magnum opus, which started filming in December 2019 will release in 2022. Along with Aishwarya, it also features actors like Vikram, Karthi, Trisha Krishnan, Prakash Raj, Jayaram, Jayam Ravi and Aishwarya Lekshmi among others.

The Mani Ratnam directorial is reportedly based on Kalki Krishnamurthy’s 1955 Tamil novel Ponniyin Selvan. It chronicles the story of the early days of Arulmozhivarman, one of the most powerful kings in the south, who went on to become Chola emperor Rajaraja Chola I.

Abhishek was last seen in The Big Bull. He is now awaiting the release of Bob Biswas. He also has Dasvi in the pipeline.