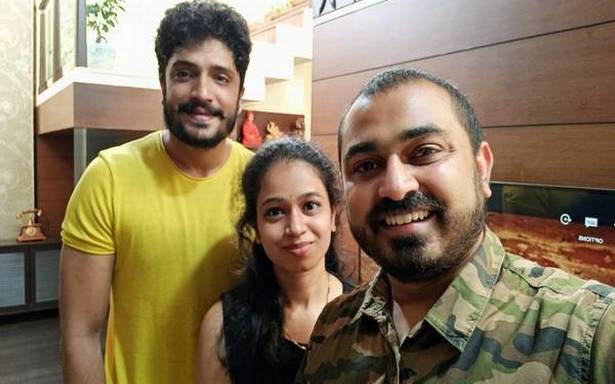 Directed by Susheel Gowda, the features celebrities from the Kannada film Industry and is made completely on goodwill

The song, ‘Bharavaseya Ondu Belaku’ (The light of hope – A Tribute to COVID Warriors), has picked up steam on YouTube since it was launched five days ago. The song is conceptualised and directed by Susheel Sagar, an events manager who has a production house — Creative Eye Creations. He released the song on his YouTube channel, City Savari, which, as the name suggests, captures the essence of Bengaluru.

The song, written by S Ranjani, is composed by Susheel’s friend, Akash Parva, who plays the keyboard. Akash has been a part of many live concerts, featuring popular singers such as Vijay Prakash.

The 32-year-old director says he was inspired by the humanitarian work by Bangaloreans during the two lockdowns (2020 and 2021). “My friends and I started a group called Neravu to distribute groceries to the needy last year. This year, we gave out food packets. That was when we saw how tirelessly the police, ambulance drivers, health workers and the media worked. We provided these brave, frontline workers with snacks, water and juice, but felt that was not enough. We then decided to make a song, featuring them as a tribute to each one of them who has put in long hours of work for us during the pandemic.”

Susheel says his event management job helps him connect with celebrities in the Kannada film industry. The entire project is done out of goodwill. “We have not spent money nor have we paid any of the actors and singers. They graciously agreed to come on board. We decided to cast stars so that the song has a wider reach. We sent them the audio and their version was recorded in their homes and put together in our studio.”