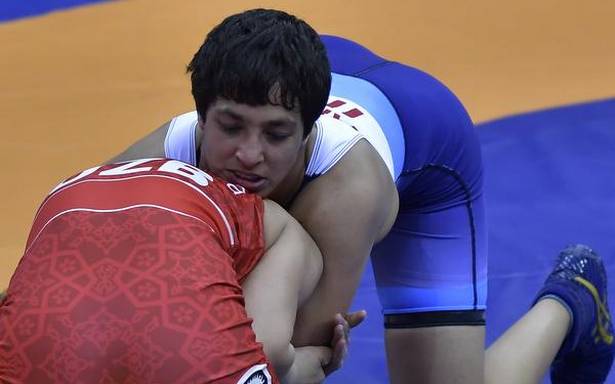 The two have made a steady transition to the senior circuit

Eighteen-year-old Sonam Malik became the youngest Indian female wrestler to qualify for the Tokyo Olympics as the country bagged two quota places in the Asian Olympic Games qualifiers in Almaty, Kazakhstan, on Saturday.

Sonam and Anshu Malik reached the finals of 62kg and 57kg respectively to book their berths for the “Tokyo Olympics.

Sonam defeated Jia Long of China 5-2 and Hsin Ping Pai of Chinese Taipei 11-0 in her Group-B matches to reach the semifinals.

In a last-four contest, Sonam rallied from 6-0 down to beat World championships bronze medallist Ayaulym Kassymova of Kazakhstan 9-6 and ensure her place in the Games.

Sonam, who picked up an injury during the semifinals, did not fight the final against Jia and settled for the silver medal.

Nineteen-year-old Anshu beat Olympian Jieun Um of South Korea 10-0 and Emma Tissina of Kazakhstan 10-0 in Group A matches and Shokhida Akhmedova of Uzbekistan 12-2 in the semifinals to make it to the Olympics.

Anshu lost to Khongorzul Boldsaikhan of Mongolia 7-4 in the title clash to take the silver. Nisha (68kg) and Pooja (76kg) claimed bronze medals.