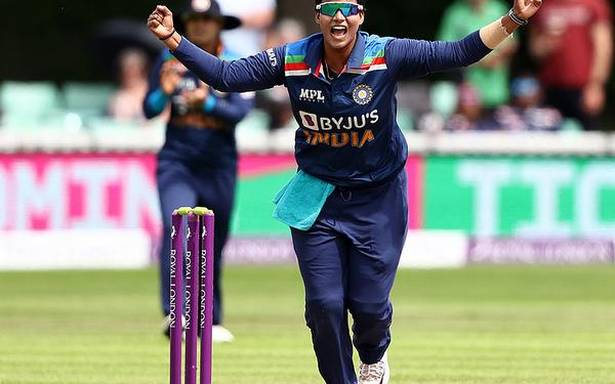 Deepti scalps three, the hosts shot out for 219 in final ODI

The Indian spinners struck at regular intervals to nullify a promising start by England as the hosts were bundled out for 219 in the rain-curtailed third and final ODI on Saturday.

Down 0-2 and seeking a consolation win, India invited England to bat under overcast conditions in the 47-overs-a-side affair. England was comfortably placed at 110 for two, but its strategy to attack the Indian spinners resulted in wickets falling in clutches.

Nat Sciver (49) and skipper Heather Knight (46) propped up the England innings while Sophia Dunkley (28) and Kate Cross (16 not out) chipped in with cameos.