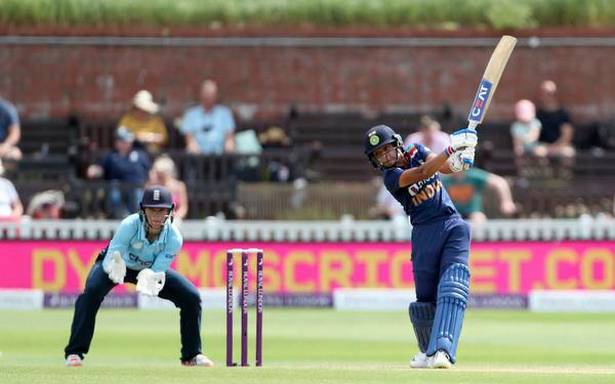 Vice-captain Harmanpreet’s form a cause for concern for visitors

An under-fire Indian women’s team would be desperate to address vice-captain Harmanpreet Kaur’s prolonged lean patch as it seeks to stop a marauding England side from completing a 3-0 sweep in the final ODI here on Saturday.

Having lost six out of the last seven ODIs, the Mithali Raj-led side is finding it difficult to stem the rot as it faces the ignominy of another one-sided series defeat after being thrashed by the South African’s on home soil.

Mithali has recovered from the neck pain she felt during the second ODI and is set to lead the team.

While the bowlers came up with a much-improved game in the second ODI, the batting let the team down yet again with Mithali left to do all the heavy lifting, which is also affecting her game.

One of the primary issues that has been overlooked over the past four years has been Harmanpreet’s poor performance.

Harmanpreet, whose epic 171 against Australia in the 2017 World Cup, became a defining moment for the women’s game in the country, has since gone off the boil.

With Mithali and the likes of Jemimah Rodrigues, Punam Raut, Deepti Sharma and Taniya Bhatia not having the ability to play the power game, openers Smriti Mandhana and Shafali Verma are facing additional pressure.

In the first game itself, there were 181 dot balls against a bowling attack that has Katherine Brunt, Anya Shrubsole, Nat Sciver, Kate Cross and Sophie Ecclestone. It has been relentless with its tight lines.

Tammy Beaumont and Sciver are in good form and home team skipper Heather Knight will look to find her touch.