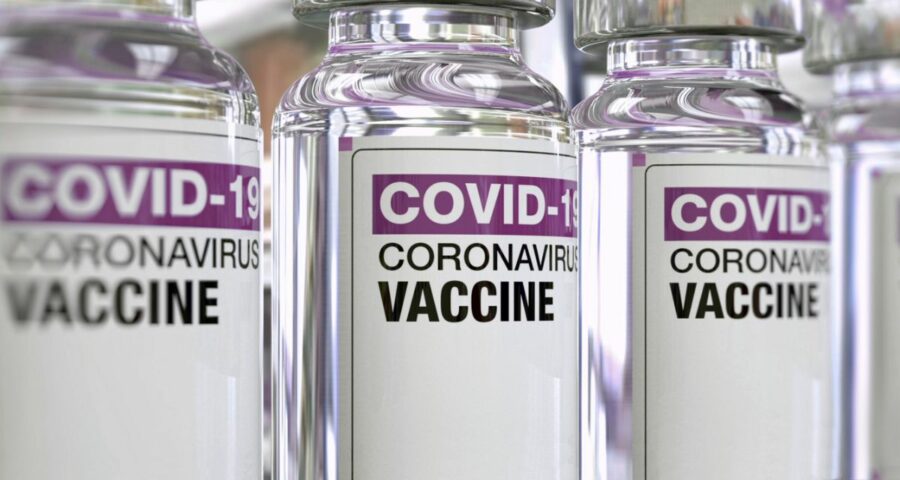 By 2022, there is a plan to make an mRNA-technology vaccine, for which it has tied up with Canadian firm Providence Therapeutics.
The vaccine, named PTX-COVID19-B, is under development in Canada and the plan includes conducting clinical trials in India.
Sohini Das reports.

A few weeks ago, Hydera­bad-based Biological E made headlines by becoming the second created-in-India vaccine player with the government announcing an advance of Rs 1,500 crore for 300 million doses of its candidate Corbevax, which is awaiting the drug regulator’s approval.

This order is part of a larger vaccine plan by this 73-year-old company, currently the world’s largest producer of tetanus vaccines.

The sheer volumes could make Biological E, considered a dark horse in the business, a game-changer, more so because Corbevax is not its only bet.

Last year, Mahima Datla, MD and CEO and granddaughter of the founder, said that the company plans to make 1.5 billion doses of COVID-19 vaccines in 2021.

Of this, 500-600 million doses will be contract manufactured for the single shot candidate of United States major Johnson and Johnson under the Quad Vaccine Partnership, an alliance between India, the US, Japan and Australia.

By 2022, there is a plan to make an mRNA-technology vaccine, for which it has tied up with Canadian firm Providence Therapeutics.

The vaccine, named PTX-COVID19-B, is under development in Canada and the plan includes conducting clinical trials in India.

The financial terms of the deal were not disclosed, but Providence will sell up to 30 million doses of PTX-COVID19-B to Biological E and transfer technology to make the vaccine in India, with a minimum production capacity of 600 million doses in 2022 and target capacity of one billion doses.

This financial year, SII has scaled up annual capacities to over 2 billion doses.

But it is Corbevax that is attracting attention as India’s vaccine programme gathers momentum.

The government has supported Biological E’s candidate since the pre-clinical stage.

The Department of Biotechnology extended a grant-in-aid of over Rs 100 crore, and partnered with Biological E to conduct all anim­al challenge and assay studies through its research centre Tran­slational Health Science and Technology Institute, Faridabad.

In December last year, the Coalition for Epidemic Preparedness Innovations (CEPI), which is backed by 14 governments, the Bill and Melinda Gates Foundation, and United Kingdom’s Wellcome Trust, chipped in with an initial $5 million and an option to provide more to produce 100 million doses of the vaccine in 2021.

CEPI’s interest in Biological E’s vaccine candidate is crucial because it is one of the three global institutions that are part of the Covax alliance that aim to secure poor countries fair access to COVID-19 vaccines.

Gavi, the Vaccine Alliance, and the World Health Organisation are the other two. Datla is a Gavi board member.

The global vaccine alliance’s interest in Biological E’s candidate is due to its scalability.

CEPI had indicated that Biological E’s vaccine candidate has ‘the potential to be produced at scale, and characteristics which could make it suitable for broad distribution in developing countries’.

The Indian government is betting on Biological E for the same reason.

V K Paul, member (health) of the Niti Aayog, has said recently that Biological E will have the capacity to make 75 million doses per month from September, though the Cen­t­re’s expectation of 300 million doses between August and December assumes a more modest 60 million a month.

This platform has been used to make the hepatitis B vaccine and the pichia pastoris (a spec­ies of yeast) platform has sho­wn good results so far.

“Therefore, we can expect that Corbevax will also work. What needs to be seen is whether this is able to induce cell-media­ted immune response, or long-term immune response,” he said.

These are certainly big gambles for the Rs 900-1,000-crore unlisted company to take.

Are they too ambitious? The company certainly has the experience.

Vaccines account for 80 per cent of Biological E’s revenues, the result of a strategic reorientation in 2000 with McKinsey, five years after UK’s GSK sold its 25 per cent stake to the Datla family.

The company had forayed into vaccines in 1962 with diphtheria, pertussis or whooping cough, and tetanus vaccines, but they formed an insignificant part of its revenues.

Then Datla decided to exit highly competitive businesses such as tuberculosis drugs and consumer health, and focus on the opportunities thrown up by the government’s decision to introduce hepatitis, H1 influenza and pentavalent (or 5-in-one) vaccines.

Today, Biological E has seven WHO-prequalified vaccines in its kitty and supplies to more than 100 countries.

It has seven manufacturing facilities — of which two are neighbours of Bharat Biotech at Genome Valley in Hyderabad, and three are in Telangana.

But it’s the timeline that’s a question mark.

A vaccine maker felt that Biological E may miss the 1.5 billion dose manufacturing plan by calendar 2021, but would be able to make significant volumes by the end of the financial year.

“The technology platform the company is using is highly scalable, and also it does not require a BSL-3 (biosafety level) facility to manufacture.

“This makes the huge volumes they are talking about achievable. But, we do not see that happening by December,” said the senior official who requested anonymity.

He added that the challenge will be bigger when it comes to the mRNA technology platform, which is new to India.

“The mRNA platform, too, is scalable with high yields. And thus, once the company masters the technology, it would be able to make large volumes here as well,” he added.

John added that any COVID-19 vaccine that comes out now is like an ‘also-ran’ candidate, given that many vulnerable people have already succumbed to the disease for want of vaccine protection.

Another industry insider pointed out that the risks Biological E has taken with Corbevax are also limited, principally because it is based on a similar platform as the hepatitis vaccine, which the company has been making for years.

All the same, Datla is taking a jab at a new opportunity. The year 2022 will be the real test.