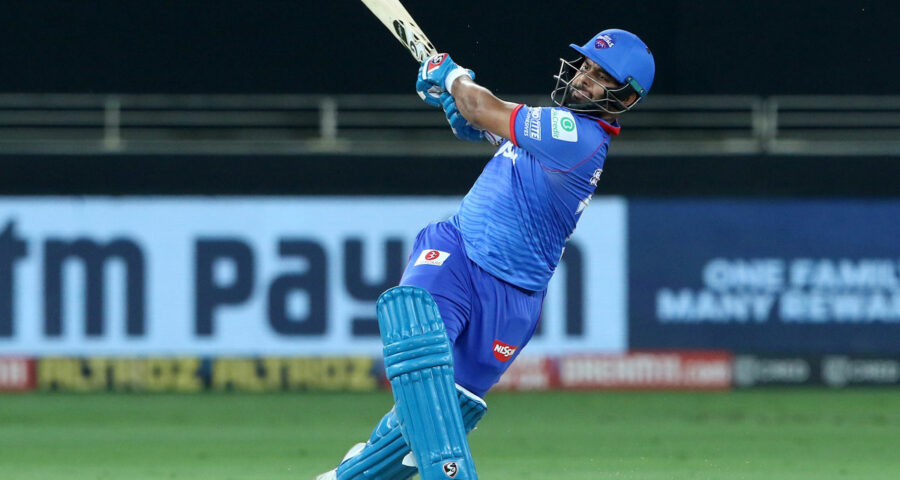 ‘We decided this is the best time to give him the opportunity to lead the team.’ 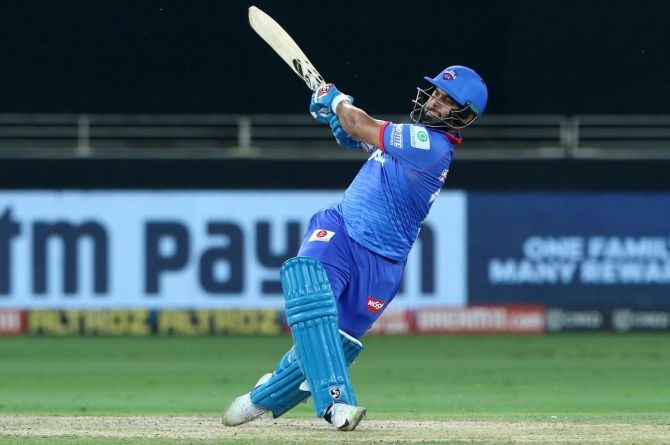 Pravin Amre is back at Delhi Capitals after a two-year gap as last year’s runners-up aim to end their title drought.

No wonder he got a call-up from his old franchise Delhi Capitals to bolster the team ahead of the IPL 2021 season.

This time he comes in with additional responsibility after being appointed Delhi Capitals’ Assistant Coach. He was with the franchise from 2014 to 2019 as the Head Talent Scout.

Amre says the team owners’ trust helped him uncover talents like Prithvi Shaw, Rishabh Pant and Shreyas Iyer who have not only done well in the IPL but also left their mark on the world stage.

Amre, who hit a century on his Test debut against South Africa in Durban in 1992, says his role as assistant coach will not be limited to the IPL. He will also be looking after the Indian players even after the T20 league end.

He recently helped Prithvi Shaw, who was dropped from the Indian team after his poor showing in Australia, to get back among the runs in domestic cricket after a week-long training stint organised by the Delhi Capitals.

Ahead of IPL 2021, Amre tells Rediff.com‘s Harish Kotian what brought him back to the Delhi Capitals and why he believes Rishabh Pant is the right choice as captain.

You are back at Delhi Capitals after two years. What has brought you back and what will be your role this time around?

For me, I knew the owners and their thought process of always backing the youngsters. That is the role I had (in the past) which helped me bring in youngsters like Shreyas Iyer, Prithvi Shaw and Rishabh Pant when they were nobody.

So the franchise trusts me, the bonding is there.

I have additional responsibility this time around. During my last stint (2014 to 2019), my role was chief talent scout, wherein I had to look for young talents. But for the first time, I am the designated assistant coach so it is good for my career too.

I look forward to the new responsibility and taking Delhi Capitals forward in this upcoming season.

What will be your role as assistant coach?

My role will be to be the bridge between Head Coach Ricky Ponting and the players in the Delhi Capitals squad. Also, my role is not limited to the IPL, I will be working throughout the year for Delhi Capitals.

So whichever Indian batsmen are part of Delhi Capitals, I will be helping them with their batting after the IPL as well.

That is something which we did with Prithvi Shaw before the Vijay Hazare (in February) when we worked on his batting after he came back from Australia.

As assistant coach how do you look at the challenge of keeping players motivated and focussed on the job amid the rising cases of COVID-19 across the country?

My job will include on how to make them aware of the situation and what they need to do. It will be important that they take care of themselves because everything they do will affect the entire team.

That is why it is critical that everyone has be very responsible as far as their behaviour is concerned during the IPL and stick to the guidelines prescribed by the authorities.

How do you look at Rishabh Pant’s appointment as captain?

We had a discussion about him and we believed him. He has played 68 matches for the franchise and he has done quite well for us over the years.

We decided this is the best time to give him the opportunity to lead the team and we are all confident that he will do a good job as the captain.

You recently helped Prithvi Shaw bounce back after he struggled in Australia. What did you work on?

It was the Delhi Capitals management’s call that I should work with Prithvi and provide him with the infrastructure. We had a one week window due to the COVID-19 situation and the bio bubble (of the Mumbai team for the Vijay Hazare Trophy tu).

Prithvi was dropped from the Indian team, so the Delhi Capitals came forward to help and show him that we care for him as his franchise.

I worked on the technical side of his batting and (Delhi Capitals strength and conditioning coach) Rajnikanth (Sivagnanam) worked on his fitness and the results showed.

We are a different franchise that does not look at their players one week before the IPL starts. We are there for our players whenever they need us.

The coaching staff was available for Prithvi when he needed it the most so that he can work on his game and get back to his best form.

There were a couple of things we worked on. We studied his videos and analysed the problems he was facing and gave him solutions accordingly.

The challenge for us is that we can’t make too changes in a player like Prithvi, we can only make a couple of corrections and he was very happy about that.

We were not forcing anything from our side, whatever he was comfortable with we only tried those changes and worked on that.

Delhi Capitals have been one of the most consistent teams in the IPL in the last couple of seasons, making it to the play-offs both times. They finished runners up to Mumbai Indians last year.
Has Delhi gone from being one of the bottom teams to serious title contenders in the last couple of years?
Does Delhi have the team to break that title jinx this year?

Delhi Capitals has progressed quite well as a team in the last couple of years. The important thing is that they have started believing in themselves and have the self-confidence to win important games. The players believe they can deliver at crucial times in the matches.

Delhi Capitals bagged Steve Smith at just Rs 2.2 crore (Rs 2 million). He was one of the key batsmen for Rajasthan Royals and even led the team. Will his experience boost Delhi Capitals and benefit youngsters like Shaw and Pant?

We knew that we had a young team and we will need an experienced player like Smith to guide our youngsters even off the field.

He is one of the best batsmen in Australian cricket and it will be a great thing for us if he could work with our young players and help them with their game.

Kagiso Rabada has been Delhi’s main strike bowler in the last two seasons with 30 and 25 wickets. How crucial has he been in Delhi’s consistent showing?

He has been a crucial bowler for us, especially in the death overs he has proved to be very important for us.

All-rounder Marcus Stoinis was Delhi’s best performer last season, contributing with both bat and ball (352 runs at strike rate of 148 and 13 wickets). How important will his role be this season?

I would say he is one of the best all-rounders in the world today.

Last year, he did a very good job for us and I hope he can continue to perform for us this year too with both bat and ball.