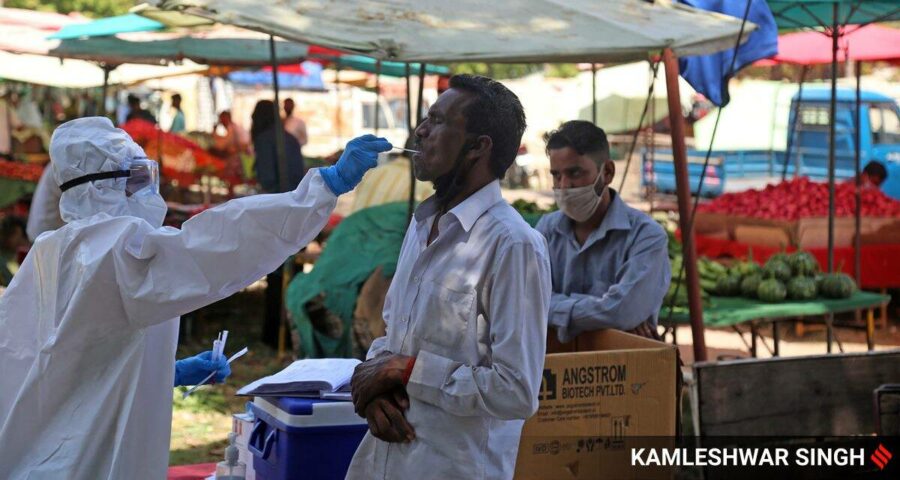 Panchkula District Magistrate Mukul Kumar Tuesday said a maximum of 50 per cent of the hall capacity with a ceiling of 200 people can take part in indoor events. In view of the guidelines issued by the State Disaster Management Authority, Panchkula District Magistrate Mukul Kumar Tuesday said a maximum of 50 per cent of the hall capacity with a ceiling of 200 people can take part in indoor events.

The order said that the capacity of the indoor places would be specified by the Urban Local Bodies/Department concerned keeping in view calculated correlations between the number of chairs/seating or standing capacity and the covered area in square yards/square feet.

As per the orders, in open spaces, gatherings would be allowed with the ceiling of 500 people whereas, for funerals up to 50 persons would be allowed. Apart from this, the organisers of social/academic/sports/entertainment/cultural/religious/political functions and other congregations would take prior permission of the District Magistrate.

Commissioner, Municipal Corporation, Panchkula, Deputy Commissioner of Police, Panchkula, Sub-Divisional Magistrate, Panchkula and Kalka, all the SHOs, in-charge of police posts and incident commanders have been asked to ensure the enforcement of orders in letter and spirit.

As many as 2,633 citizens, along with 16 healthcare workers and 15 frontline workers were also vaccinated today.

The vaccination took place at 33 sites, consisting of 21 government sites and 12 private hospitals of the district.

As many as 223 new positive cases were reported in Panchkula on Tuesday along with zero Covid-related deaths.

Of the total 223 cases reported today, as many as 169 hailed from the district itself while the rest were added to the outside district tally. As many as 12,655 have also been cured and discharged in the district.

A total of 203 healthcare workers have been infected in Panchkula as yet. As many as six tested positive on Sunday.

A total of 18,890 positive cases have been reported of whom as many as 13,946 hail from Panchkula itself while the rest come from neighbouring districts. As many as 156 have also succumbed to the disease in the district. So far, the district conducted 225,905 tests. As many as 1,668 samples were taken on Monday.