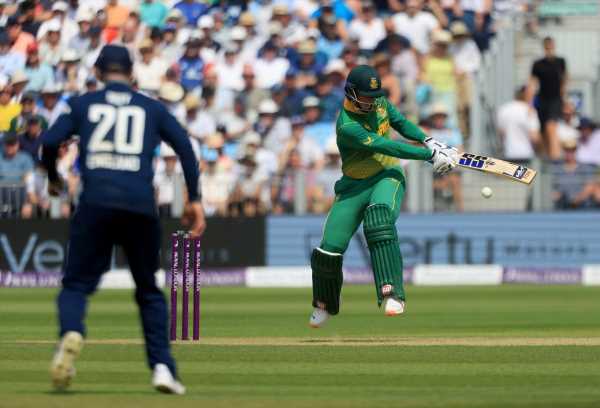 Joe Root returned bowling figures of 0-44 in five overs and scored just five with the bat on his retirement from ODIs at his home county venue.

The home side made a strong start to their reply but South Africa kept chipping away at the wickets through the middle overs. Despite an eye-catching 86 from 77 balls from Joe Root, England fell well short of their target as they were bowled out for 271.

It was not the send-off Stokes would have wanted on his retirement from ODIs, returning bowling figures of 0-44 in five overs and scoring just five with the bat at what is his home county venue.

“We are used to the heat but it was quite dry and windy as well today,” Van der Dussen said at the post-match presentation.

“We batted well and our bowlers executed beautifully. We knew we had to play smart cricket, we are happy with the performance but we will see where we can improve.” 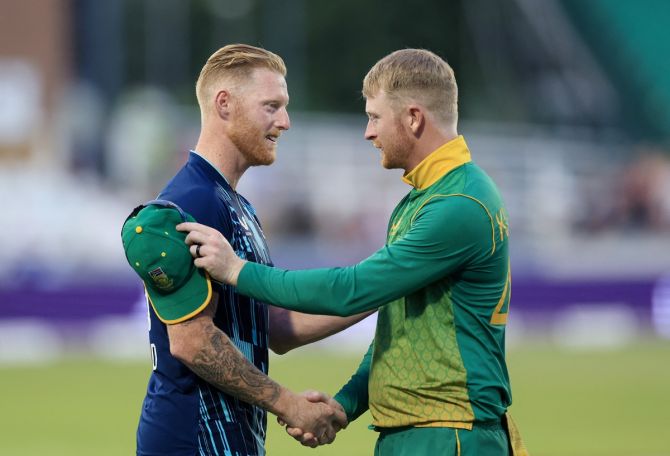 Van der Dussen was the anchor for South Africa’s innings as he read the conditions perfectly on a wicket that became harder to bat on as sun baked it.

England made a strong start to their reply as Jason Roy (43) and Jonny Bairstow (63) put on 102 for the first wicket but the tourists’ spinners put on the brakes on the wearing pitch and fast bowler Anrich Nortje (4-53) returned late in the innings to remove Root in the 45th over, signalling the game was up.

Stokes could not perform the heroics that have been his trademark through a glittering career as he was trapped leg before wicket by part-time spinner Markram (2-25).

The second of three matches in the series will be played at Old Trafford on Friday.

“It was a tough day, but the effort from the guys was outstanding to field in that heat. It was a good toss (for South Africa) to win,” England captain Joss Buttler said.

“You need to take wickets to stem the flow of runs in this format. We never managed to impose ourselves with the bat as the wicket got lower and slower. South Africa read the conditions well.”

There was more bad news for England on Tuesday as fast bowler Mark Wood told Sky Sports he will need another surgery on his injured elbow, raising doubts about his participation in the Twenty20 World Cup in Australia that begins in October.