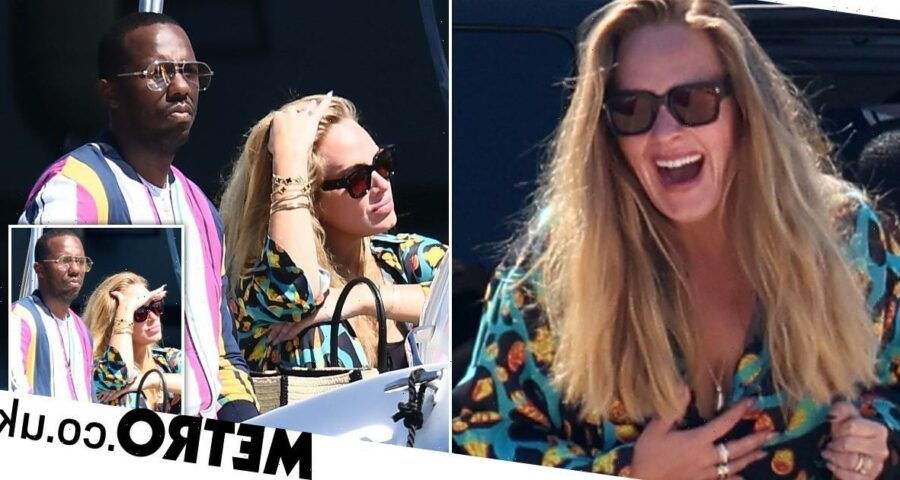 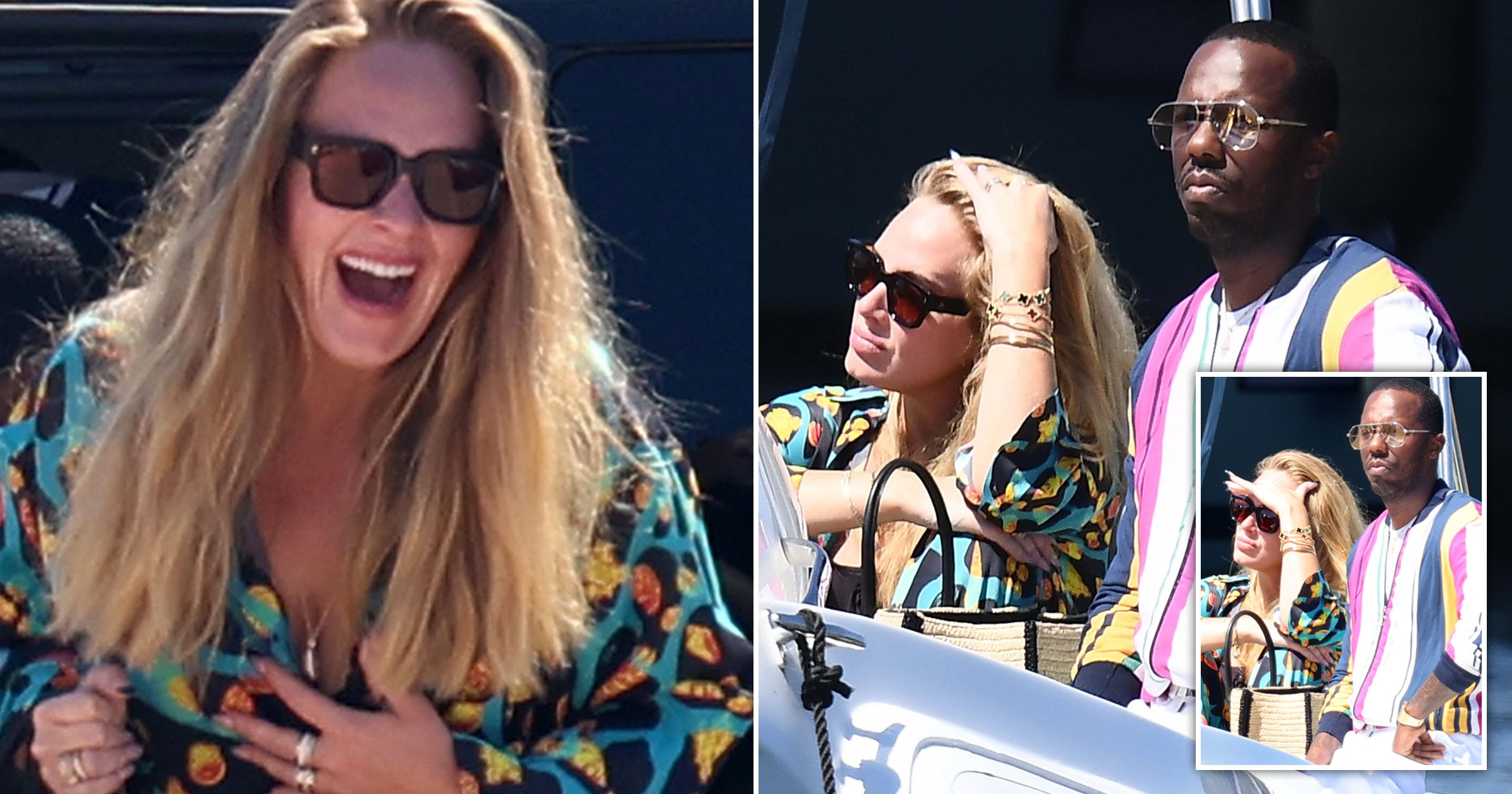 Adele and Rich Paul have swapped the luxury of their $58million (£48m) lovenest mansion for the sunny climes of Sardinia, as the two are currently in the throes of their summer holiday.

Fresh from her stunning performances at BST Hyde Park in London this month, Adele, 34, is taking a much-needed break in Europe and has good company with boyfriend Rich, 40, by her side.

The two have left the UK – and our blistering heatwave – in the dust to jet over to the Mediterranean island of Sardinia this week. The couple were spotted emerging from a car after being chauffeur-driven to the dock, and were in cheerful spirits as they laughed around with the group of friends who flanked them.

It was pretty hard to miss the loved-up couple as they matched each other’s wardrobes with colour-blocking outfits.

They may not be enjoying our heatwave here in the UK, but Adele and Rich are still experiencing similar temperatures with Sardinia basking in 37 degree heat today. At one point, it looked as though Adele was melting under the sun too with the singer shielding her face with her hand as they whizzed off on a boat.

It comes just days after Adele entertained thousands at London’s Hyde Park while headlining this year’s BST festival. The Grammy-winning singer belted out her famous hits, including Hello, Someone Like You and Rolling In The Deep, while famous guests flocked to the show such as Tom Cruise and James Corden.

The popstar was also supported by her son Angelo, 12, while Rich was spotted watching the performance alongside her ex-husband Simon Konecki.

His girlfriend, meanwhile, opened up on The Graham Norton Show in February 2022, adding: ‘I want a baby next year. I have plans next year! I have plans. Imagine if I have to cancel the shows because I’m having a baby.

‘It takes me a while to recharge, and I would like to have more children – I only just feel like I’ve caught up with my sleep from nine years ago when I had my son.’

However, before then, she may have another pretty important commitment to fulfil as reports claim Adele will be announcing the rescheduled dates for her long-awaited Las Vegas residency, after she cancelled the shows in January.